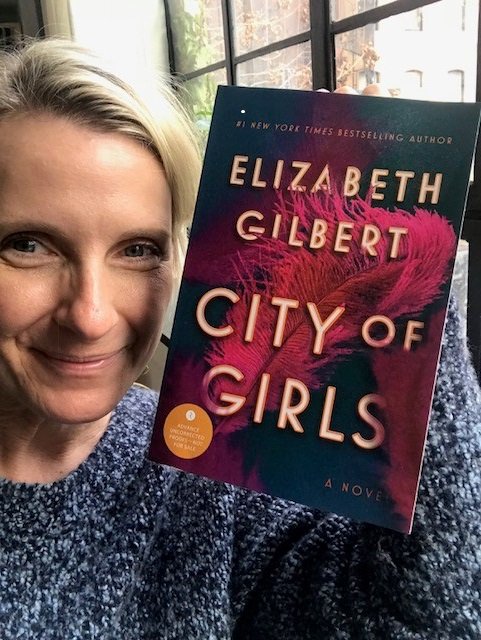 The latest interviews, reviews and more from our members.

Kristen Evans talked to Elizabeth Gilbert about her new novel City of Girls for Buzzfeed.

Sarah McCraw Crow reviewed the novel Light from Other Stars by Erika Swyler at Bookpage.

George de Stefano reviewed Which Side Are You On? by James Sullivan for Popmatters.

John Domini reviewed David Shields' The Trouble With Men for the Brooklyn Rail.

Tobias Carroll talked to Kristen Arnett about her novel Mostly Dead Things at Longreads, about translating prose to comics at LitHub and, for Tor.com, reviewed Longer by Michael Blumlein and Brian Evenson's new short story collection Song for the Unraveling World.

Following a stroke four years ago that felled him for a long stretch, Steve Weinberg–three-term NBCC board member and newsletter editor–cut way back on his freelance reviewing. Currently, he reviews nonfiction books almost every week for Kirkus, edited by Eric Liebetrau, Laurie Muchnick and Tom Beer, all former NBCC board members. Because Kirkus maintains its policy of unbylined reviews, Weinberg cannot send a link to any specific review without revealing his identity.

And member Julie Wittes Shlack recieved a starred review at Kirkus for her memoir This-All-At-Onceness (not, as far as we know, from Steve).

Longtime NBCC member John Domini has just published a novel, The Color Inside a Melon, with Dzanc Books. It is reviewed this week in the Washington Post by NBCC board member Mark Athitakis.

Photo of Elizabeth Gilbert and her novel City of Girls via Gilbert on Twitter @GilbertLiz.