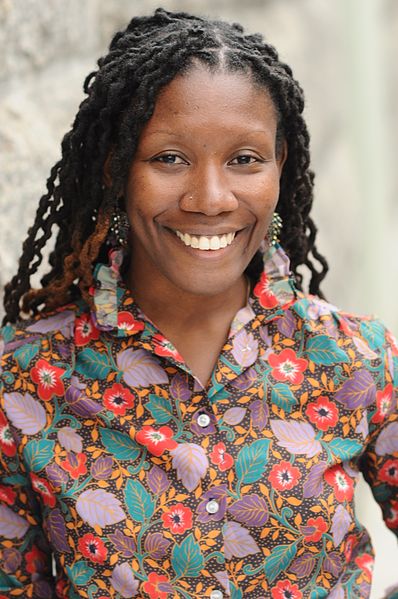 We Still Need Your Help Selecting the Next Sandrof Award Winner

Do you want the chance to help pick the next winner of the NBCC’s Ivan Sandrof Lifetime Achievement Award? We hope so, because we need your help!

The Sandrof Award, named after the first president of the NBCC, is given annually to a person or institution — a writer, publisher, critic, or editor, among others — who has, over time, made significant contributions to book culture.

Past winners of the award have included Margaret Atwood, Toni Morrison, PEN American Center, Studs Terkel and Wendell Berry. Thanks to the hard work of our NBCC members, we’ve got a great slate of nominees for next year’s award — but we’d love your help adding some more names to the list!

Any institution or living person can be nominated for the award, and a list of previous winners is available on the NBCC website. If you know of a person or group who you think is deserving of the award, please send their name and a 1-3 paragraph nominating statement to Sandrof Award Committee Chair Michael Schaub at mschaubtx@gmail.com. Nominations are open until Dec. 1, 2019. We’d love to hear from you!

And Now for Some Member Reviews and News…

Star Tribune senior editor for books (and NBCC board president) Laurie Hertzel devoted much of her May to producing a four-page wrap-around summer books section, which includes recommendations of 45 books. She also reviewed 10 picture books by Minnesota authors and illustrators.

Also in the Strib, Hamilton Cain reviews Chia-Chia Lin’s The Unpassing, calling it “an eloquent, unsparing testament to the vicissitudes of our lives.”

NBCC board member Gregg Barrios did not throw away his shot to review a performance of Lin-Manuel Miranda’s blockbuster musical Hamilton at the Majestic Theatre in San Antonio.

NBCC board member Anjali Enjeti reviewed De’Shawn Charles Winslow’s debut novel, In West Mills, for the Atlanta Journal-Constitution, calling it “surprising and irresistible at every turn.”

Joseph Peschel reviewed Oscar Cásares’s Where We Come From for the Brooklyn Rail, calling the Texas author’s novel “a story that transcends politics — a fiction to tell a truer truth.”

In this corner, we have Barbara J. King coming out swinging with a one-two punch, reviewing Lewis Dartnell's Origins: How Earth's History Shaped Human History for the Washington Post and Robert Macfarlane's Underland: A Deep Time Journey for NPR.

Michael J. McCann also had a pair of reviews published recently, both in the New York Journal of Books: read his takes on James Ellroy’s The Storm and David Ricciardi’s Rogue Strike.

Paul W. Gleason reviewed John Barton’s A History of the Bible for Newsday.

Binnie Kirshenbaum’s Rabbits for Food, ten years in the making, has been getting rave reviews, most recently from Robert Allen Papinchak, who called it “astounding” and “an impressive achievement” at the Los Angeles Review of Books.

Speaking of Binnie Kirshenbaum, Kimberly King Parsons interviewed the author about literature, comedy, and cats for Bomb magazine. (Be sure to check out Kimberly’s short story collection, Black Light, which will be published by Vintage in August.)

Also at the Post, Michael Lindgren celebrates the spring by reviewing two books about baseball.

Christoph Irmscher reviewed James Poskett's Materials of the Mind and penned a tribute to Walt Whitman, both for the Wall Street Journal.

Former NBCC president Kate Tuttle wrote a dispatch from BookExpo for the Los Angeles Times, in which she stans a furry legend known as Grumpy Cat.

Nicole Rudick profiled Tin House on the occasion of its 20th anniversary and final issue for the New York Times.

And finally, some great news from one of our board members: Our man in San Antonio, Gregg Barrios, has received a fellowship from the National Endowment for the Humanities, and will be spending his summer in Key West and Tampa to complete work on his upcoming theater projects. Congratulations, Gregg!