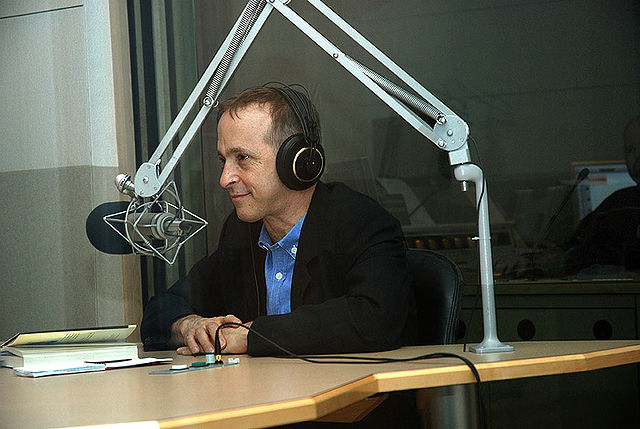 A Quick Reminder About Sustainers

If you or someone you know wants to support the NBCC’s efforts but isn't a member, we’ve recently launched the Sustainer category. Sustainers are nonmembers who support the next generation of literary writers through our Emerging Critics program and keep our awards, events, and this website humming. More information about becoming a Sustainer is at our membership page.

On to the Links…

So, how’s the book review going? We don’t mean the one you’re working on—we’re sure that one is going just great. We mean the book review as a general endeavor. In response to a recent Harper’s cover story on the alleged death of the book review, Lit Hub invited 14 book critics to weigh in. Among the respondents are NBCC President Laurie Hertzel, VP of Communications Kerri Arsenault, and Emerging Critic Leena Soman.

Speaking of LitHub, we neglected to include a link to board member Lori Feathers’ review of Ali Smith’s Spring—an essay that launches her new column for the site, “In Context.” Ellen Akins also reviewed Spring for the Washington Post.

“When Notre Dame burned, I felt nothing. There’s no shortage of 12th century churches around Europe.” At the Tampa Bay Times, Collette Bancroft interviewed David Sedaris about his latest book, Calypso.

Ru Freeman reviewed Laila Lalami’s novel The Other Americans for the Boston Globe.

Robert Allen Papinchak reviewed Ian McEwan’s speculative tale of sex and robots, Machines Like Me, for the Washington Independent Review of Books.

Former NBCC president Jane Ciabattari's May BBC Culture column includes new novels from Julie Orringer, Sarah Blake, an exhilarating debut memoir about a horse race across Mongolia. and a new story collection from Karen Russell, who ” spins intricate sentences and pulls off head-spinning shifts, pushing language to its limits.” Her recent Lit Hub/Book Marks columns feature exchanges with Leah Hager Cohen about novels with sprawling families and with Binnie Kirshenbaum about unforgettable novels about mental distress, including Rebecca West's Return of the Soldier, which explores post-World War I PTSD.

Balakian finalist Julia M. Klein reviewed two books on Emmett Till, Dave Tell’s Remembering Emmett Till and Elliott J. Gorn’s Let the People See, for the Chicago Tribune. She also interviewed Emily Jungmin Yoon about her poetry collection, A Cruelty Special to Our Species, for the Pennsylvania Gazette.

Speaking of Papa: The busy Steve Paul reviewed Andrew Feldman’s Ernesto: The Untold Story of Hemingway in Revolutionary Cuba for Booklist. Paul also interviewed Tommy Orange (There There), winner of the NBCC's John Leonard Prize and the PEN/Hemingway Award, for a forthcoming issue of the Ernest Hemingway Society newsletter. And he writes about his current book project, a projected biography of Evan S. Connell, in a “Work in Progress” essay for New Letters magazine.

Paul Wilner reviewed Christian Kiefer’s novel Phantoms for Alta, calling Kiefer “an important literary voice coming into his own,” and reviewed Joshua Furst’s novel Revolutionaries, about the 60s US counterculture, for the website Splice Today.

Back in the present and one continent over, Brian Haman reviewed Charmaine Leung’s memoir of her roots in Singapore, 17A Keong Saik Road, for Singapore Unbound. He also reviewed Jun Yang’s exhibition The Artist, the Work and the Exhibition at Kunsthaus Graz for ArtAsiaPacific, and reviewed Chia-Chia Lin’s debut novel, The Unpassing, for the New York Times.

And speaking of international literature, Tobias Carroll contributed a few recommendations to Vulture’s list of 15 must-read translated books from the past five years. He also reviewed Paul Kerschen’s novel The Warm South for Tor.com.

The National Book Review ran a humorous piece by Rayyan Al-Shawaf about his novel's bumpy path to publication.

Lastly, at On the Seawall, this week’s Critical Notes correspondent, board member Mark Athitakis, reviewed NBCC finalist Lia Purpura’s All the Fierce Tethers, a collection of essays that “circle around themes of death, fear, and loss, and how we use words to elide or erase our anxiety and mortality.”

Please mark your calendars: On May 30 at Book Expo America at New York’s Javits Center, NBCC VP of events Carlin Romano will moderate “If Everyone’s a Critic, Is Anyone a Critic?” with the Washington Post’s Carlos Lozada, NBCC Emerging Critic Jennie Hann, and Alfred A. Knopf publicity director Nicholas Latimer. Don’t have a BEA pass? All NBCC members who would like to attend NBCC’s BEA panel on May 30th  can receive a free credential to attend BEA that day. Please RSVP by May 23rd to Carlin Romano, VP for Events, at cromano@bookcritics.org.

And on June 8 at the Printers Row Lit Fest in Chicago, Lozada will appear in conversation with two NBCC and Pulitzer Prize board members who awarded him this year’s Pulitzer in criticism, Walton Muyumba and past President Elizabeth Taylor. They will discuss book criticism in the age of Goodreads and Amazon, and why it matters.

Grace Talusan’s debut memoir, The Body Papers, is out now and has been well-received by the New York Times, Nylon, Booklist, and Arkansas International.

Helene Cardona’s Birnam Wood, a translation of poetry by her father, Jose Manuel Cardona, was recently reviewed at Readers’ Favorite; two poems from the book are published and recorded at Terrain.org.