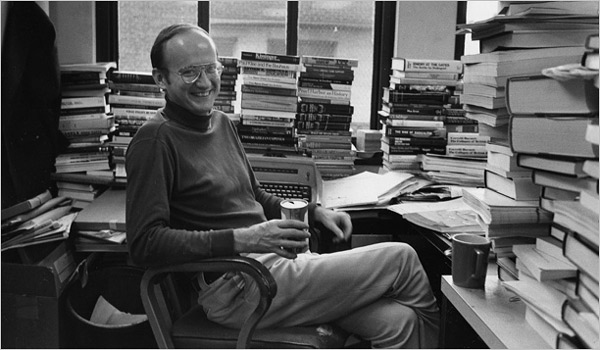 It's that time of year again: time to talk about the John Leonard Prize, our annual award based on member nominations and chosen by a panel of member volunteers.

Named for the longtime critic and NBCC co-founder, the prize is awarded for the best first book in any genre. Previous winners – Anthony Marra's “A Constellation of Vital Phenomena” (2013), Phil Klay's “Redeployment” (2014), Kristin Valdez Quade's “Night at the Fiestas” (2015), Yaa Gyasi's “Homegoing” (2016), and Carmen Maria Machado’s “Her Body & Other Parts” (2017) have all been fiction. But works of nonfiction and poetry are also eligible. All nominated titles must be an author's first-ever book in any genre, published in the United States in calendar year 2018.

To generate more discussion, members are invited to write a short review about a favorite 2018 debut for the NBCC blog, Critical Mass. If you're interested in contributing, please send Leonard posts to nbcccritics@gmail.com with Leonard in the subject line. We expect this will be a lively forum for getting the word out about Leonard Prize contenders. And, as always, please share your suggestions on Twitter, Facebook and Instagram using the hashtag #NBCCLeonard. You can also find a list of books suggested by the board on Facebook.

In November, you'll receive an email via SurveyMonkey asking you to nominate your top 5 books for the prize. We'll compile those nominations to come up with a slate of the most nominated books as finalists.

We invite members to join a panel of volunteers who are committed to reading the entire slate of Leonard finalists (probably 5-7 books) and vote for the winner, which is then announced in January. The reading committee will receive ebooks of the finalists. If you don't have a suitable device, this would be a great time to get one.

The Leonard committee is open to any NBCC member, and there is no cap on how many may participate. So please join! To sign up, click here by 5 pm EST Nov. 27. We anticipate you'll have about six weeks to read the books before voting for a winner by Jan. 8. If you have any questions about joining, please email committee chair Gregg Barrios, greggbarr@outlook.com. Happy reading, and we hope you'll be actively involved in the John Leonard Prize this year.

Gregg Barrios is a playwright, poet, and journalist. He is a 2013 USC Annenberg Getty Fellow, and was inducted into the Texas Institute of Letters. He was the 2015 Fall Visiting Writer at Our Lady of the Lake University. His work has appeared in Los Angeles Times, The New York Times, Texas Observer, Texas Monthly, Film Quarterly, San Francisco Chronicle, and Andy Warhol’s Interview. He is a former book editor of the San Antonio Express-News. He has received a CTG-Mark Taper Fellowship, a Ford Foundation Grant, and a 2013 Artist Foundation Grant for his theater work