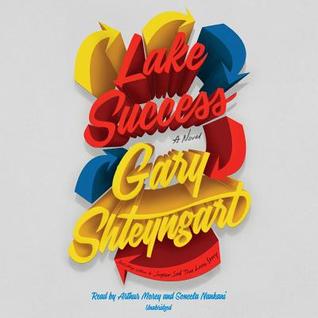 This week on the Craft of Criticism series she curates with Fran Bigman, Tara Cheesman talks to Booklist's  Donna Seaman.

Colette Bancroft reviewed Gary Shteyngart’s “Lake Success” for the Tampa Bay Times. The book was also reviewed by Priscilla Gilman for the Boston Globe and Allen Adams for The Main Edge.

Erika Dreifus interviewed Jennifer Baker, editor of “Everyday People: The Color of Life”, a new short-story anthology from Atria Books, for the September issue of The Practicing Writer.

Board member Lori Feathers wrote about Ottessa Moshfegh's “My Year of Rest and Relaxation” and the Russian classic “Oblomov” by Ivan Goncharov for the Los Angeles Review of Books. Her latest installment of her regular feature “Best of the B-Sides” can be found at Words Without Borders.

For her weekly Lit Hub column, NBCC VP/Online Jane Ciabattari talked with NBCC nonfiction award winner Carol Anderson about seven books on democracy and its challenges. Her pick for September books was the Dzanc Fiction Award winner, Alice Hatcher's “The Wonder That Was Ours.”

NBCC board member Laurie Hertzel reviewed Lisa Brennan-Jobs’s “Small Fry”, a memoir about growing up with Steve Jobs, for the Minneapolis Star Tribune.

For PopMatters, Jenny Bhatt reviewed A.M. Homes’ “Days of Awe”, a “witty, smart short story collection with darkly satirical commentary on American consumerism and more. Every story is also a master class in dialogue writing and the art of listening to both what is said and, more importantly, what isn't said.” She also reviewed Rilke’s (tr. by Uli Baer) letter collection for PopMatters. “These are letters he wrote to friends and acquaintances suffering from losses of loved ones. There's no pithy condolence or mystical ideology here. The letters are filled with beautiful language and intense insights about how grief, death, and loss can actually make us whole and even transform us.”

At the National Book Festival this weekend, Carlos Lozada spent fifteen minutes talking about upcoming nonfiction books this fall. You can watch the video here.

Matthew Jakubowski wrote an experimental review of Beatriz Bracher’s first novel translated into English, “I Didn’t Talk”, for 3:AM Magazine.

Tara Cheesman reviewed Carla Guelfenbein’s “In the Distance With You” for The Los Angeles Review of Books.

Martha Anne Toll interviewed Lydia Kiesling on her wonderful debut novel, “The Golden State”, for The Millions. She also reviewed David A. Kaplan’s “The Most Dangerous Branch” on the NPR website.

Allen Adams reviewed “Playing to the Gods” by Peter Rader and “Superhuman” by Rowan Hooper for The Main Edge.

Joan Silverman reviewed Dawn Drzal’s “The Bread and the Knife” for Press Herald.

Dana Wilde reviewed “Silent Spring and Other Writings on the Environment” by Rachel Carson and “A Naturalist at Large: The Best Essays of Bernd Heinrich” and “The Outsider” by Stephen King in the Off Radar column for centralmaine.com newspapers.

Mike Lindgren reviewed three books about football—one on the ’68 Jets, the USFL, and the Mannings for Newsday.

Renee K. Nicholson discusses several books: Steve Almond’s “Bad Stories: What the Hell Just Happened to Our Country”, Silas House’s “Southernmost”, and Elizabeth Catte’s “What You  Are Getting Wrong About Appalachia”, among others at The Millions.

John Domini reviewed “This Mournable Body“, by Tsitsi Dangarembga for The Brooklyn Rail.

Author Elizabeth Rosner will be interviewed by Martha Frankel at The Golden Notebook on Sept 16th at 4 pm in Woodstock, NY for her publication of the paperback edition of “Survivor Café: The Legacy of Trauma and the Labyrinth of Memory”. Her book is included among the best books of 2017 by the San Francisco Chronicle. She has author interviews on NPR and the New York Times. Her book was also reviewed by Gayle Brandeis for the San Francisco Chronicle.

On September 16, 3 p.m. at Guild Hall, East Hampton, N. Y., Grace Schulman, Jill Bialosky, and Philip Schultz, memoirists and poets, will discuss the processes of writing both memoirs and poems.

On September 29th, 5 p.m., at Canio's Books, Sag Harbor, N. Y., there will be a book launch and reading for Grace Schulman's new memoir, “Strange Paradise: Portrait of a Marriage.”