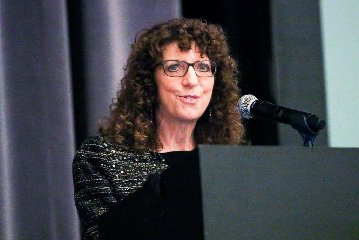 Donna Seaman is Editor, Adult Books, for Booklist. A recipient of the James Friend Memorial Award for Literary Criticism and the Studs Terkel Humanities Service Award, Seaman has written for the Chicago Tribune, Los Angeles Times, and other publications; she is a former board member for the National Book Critics Circle and was a finalist for the Nona Balakian Citation for Excellence in Reviewing. Her new book is Identity Unknown: Rediscovering Seven American Women Artists.

I think it’s safe to say that you are the queen of the “250 words or less” review. How does knowing you need to maintain a strict word count affect the way you review the book? Please describe your work process.

Thank you! This is a true compliment. It is very difficult to write substantially and well within such a concise format. It is, in fact, maddening. But it does teach you to be sure every word works. I think of each review as a structure in which each word is weight-bearing. Nothing can be squishy. It’s difficult to achieve flow within those confines, and you must leave out many elements of the book, yet also avoid generalization. One might think that someone who continually writes short reviews, some as terse as 175 words, would be strategic in her reading. With me, one would be wrong.

I give myself over to each book entirely. Unreservedly. No matter what length review I will write. I read as a reader first, open to the book’s power. But I am a critical, exacting reader who has read many books in many genres and many subject areas. So all sorts of lights go off in my reading mind. I’m thinking about language and style, voice and form. I’m sensitive to continuity and repetition and velocity and magnetism. I read with pen in hand, taking notes, marking up the ARC. I almost always write well beyond my word allotment. This can evoke self-loathing, but it is also useful. Once I’ve had my say, I can then figure out what can be sacrificed without gutting the review of its specificity and, one hopes, its vitality. This process is painful, but also compelling. Each review is a puzzle to be solved.

I imagine with only a small amount of space in which to get the job done, there are not a lot of ways for you to express yourself creatively. You frequently use alliteration—is this one of the ways you instill your voice into the reviews or is it entirely coincidental? Are there other ways?

I think about the Booklist review as a literary form with rules, like a sonnet. A form that one must try to infuse with energy. One way to achieve that is with rhythm, and alliteration is one way to accentuate that. But often, and curiously, alliteration occurs unintentionally and it can be more distracting than enhancing and if that’s the case, I eliminate it. Word choice is essential to richer expression, and I spend a lot of time mulling over shades of meaning, reading the dictionary (bliss), and trying to find just the right word to use to pinpoint the author’s tone, perspective, and intent. In writing short reviews, I find myself harmonizing with the book, echoing its pacing, its texture. This subliminal convergence conveys a lot. As for my voice, I hope it comes through in what I choose to emphasize. That is an expression of a critic’s aesthetics and values.

Writers on the Air: Conversations About Books collects interviews from Open Books, the radio show you hosted on Chicago Public Radio. Would you tell us a little bit about that experience?

Writers rarely appeared on the airwaves in Chicago, and I thought that was a terrible omission. Writers acquire sharp insights into diverse experiences, places, and subjects and the public benefits from hearing their voices as well as from reading their books. When a colleague and friend, Craig Kois, became manager of Loyola University Chicago’s community radio station, I suggested a book show.

WLUW was, at the time, a volunteer station, with members of various communities hosting shows about social issues and the arts. I added Open Books to the line-up, and it didn’t take long for publishers to reach out to me to ask if I would be interested in speaking with authors they were sending to Chicago for readings and other events. I was stunned at the caliber of guests I was able to welcome into our modest studio. Many were prominent, such as Diane Ackerman, Margaret Atwood, T. C. Boyle, Michael Chabon, Sandra Cisneros, Jamaica Kincaid, Peter Carey, Anchee Min, Chitra Divakaruni, Paul Theroux, Barry Lopez, Jane Smiley, Russell Banks, Terry Tempest Williams. Others were just starting out, such as George Saunders, Aleksandar Hemon, Colson Whitehead, and Lydia Millet. Initially, the show ran for a half-hour, but we soon extended it to an hour, because the authors were so articulate, so passionate. And we still ended every session feeling as though we could have gone on even longer. I loved the intimacy of radio. The directness. The mix of intent and the unexpected that charged those deeply literary conversations.

Open Books went through several iterations, and for a time became part of Chicago Public Radio.  After its run completed, I was a book critic for WBEZ for a spell.

Conversing with writers deepened my respect and my commitment to try to do each book justice in my reviews. To read open-mindedly, to appreciate all that went into every page, to understand the context for each book, what connects it to others and what about it is distinctive. Conducting author interviews strengthened my conviction that book critics’ play a crucial role in literature, which is, after all, a grand conversation.

When I’m feeling defeated, I remember brilliant writers talking about how they rewrote manuscripts over and over again. How they abandoned novels that would not come to life. How they spent years and years reading, thinking, writing, rethinking, and rewriting. I am inspired by the generosity of spirit I’ve witnessed in writers, along with incandescent genius. I mostly feel humbled. And grateful.

Your new book, Identity Unknown: Rediscovering Seven American Women Artists, was published in 2017 and tells the stories of seven marginalized/forgotten women artists. What is your experience as a woman critic and do you have any thoughts on why so many publications are finding it challenging to attain gender parity?

I cannot understand how and why gender parity in journalism remains so elusive. Women are readers. (Statista.com tells us that in 2018, 75% of the women survey respondents stated that they had read at least one book in the previous twelve months.)  Women are writers. (DATAUSA reports that 60.6% of American authors were female in 2016.) Why doesn’t the roll call of published book critics reflect this? There is no lack of talented women reviewers and critics. I find it hard to believe that women aren’t seeking opportunities to write reviews. Reviewing, after all, is a very accessible portal to publication. I wonder what the ratio of women to men is in the NBCC membership? There are certainly many women editors. It’s baffling and unacceptable.

Whenever we make a bit of progress in combating sexism and racism and other forms of oppression, we suffer backlash and lose ground; we have to begin again. It’s a long, slow, frustrating, even tragic effort. But we have to keep on standing up for what we believe in and value, on all fronts.

I’ve been very fortunate: I’ve never experienced discrimination of any kind as a freelance writer or at Booklist, which has a majority female staff.

As for women artists, the situation is no better now in terms of museum and gallery acquisitions and exhibitions than it was back when the subjects of my book were working. And most art by women is still priced below that of men.

What was the most useful piece of advice, editorial or otherwise, you’ve received about your writing?  What advice do you give to critics just starting out?

The first college writing class I taught was part of a summer conference. The director, an outstanding and innovative male writer, editor, and educator, talked during the opening session about disciple and rigor. He told us that a writer must write every day, no matter what, and no matter how badly you wrote. If you had a job, you got up early and wrote before you went to work. A revered woman writer on the faculty rolled her eyes. Later she told me that she couldn’t approach writing so rigidly. She said she was always writing in her head, always looking and listening and thinking, but she didn’t write every day. She said that the days she didn’t write were just as important as the days she did. She felt that there was no point in forcing it, or turning creative writing into a chore. Even as someone who works constantly on deadline, I try to write when I’m the sharpest, when I can keep other tasks and demands at bay and concentrate. Discipline is essential, but flexibility and reflection and unruliness are important, too.

My advice to beginning critics is read continuously and adventurously as well as attentively and inquisitively. Read books old and new, and read established critics past and present. Read book reviews wherever you can find them and get a sense of what sort of books are covered by different publications and websites. Hone your opinions, nurture your interests. Every critic wants to review new works by major writers; emerging reviewers will not get those assignments. So pay attention to emerging writers.

Book review editors need reviewers who are knowledgeable about history, health, art, science, politics, the environment, business, food, entertainment––everything that books are written about. Book review editors seek critics for every form of fiction. And poetry.

Be omnivorous and specialize. Read and review with respect. Write about books as you hope your books will be written about. Be ethical and fair. Be exacting and passionate. Approach reviews and critical essays like the literary art forms they are. Write about books because books embody life in all its paradoxes; because books deepen, complicate, and record life. Books expand our perceptions, unnerve us, rescue us, and engender empathy and wonder. Books bring order and meaning to the chaos of existence. Books preserve memories, pay tribute, identify and solve mysteries, reveal truths, articulate emotions, and take us out of ourselves and into the world.