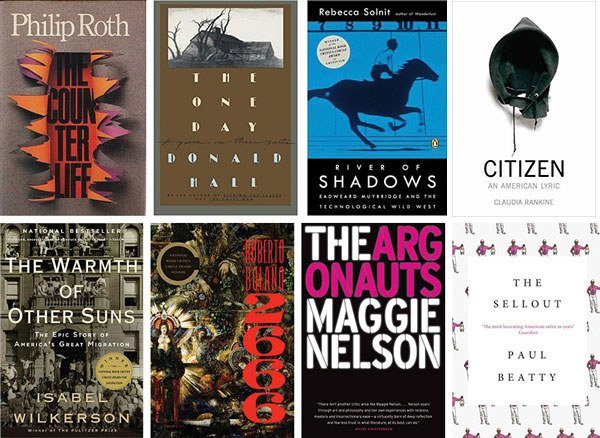 This week, the NBCC launched its first-ever fundraising campaign and we're off to a great start!  Your donation will help us maintain and upgrade our website, support our emerging writers initiative and launch new initiatives, and help us operate our organization!.  Any amount helps: $5, $10, $20, $50, $100, or more.  Donate HERE–we need your help more than ever.  Read more about our fundraising efforts in Publisher's Weekly.

Wayne Catan reviewed Scott Donaldson's “The Paris Husband: How it Really Was for Ernest and Hadley Hemingway” for the Idaho Statesman and Ottessa Moshfegh's “My Year of Rest and Relaxation” for The Millions.

Jane Ciabattari was in conversation about five books about Individuality and Identity, with chief judge of this year's Man Booker Prize, former head of PEN ,NYTimes magazine ethics columnist and author of The Lies that Bind  Kwame Anthony Appiah in Lit Hub.

Katharine Coldiron reviewed Kristi Coulter's “Nothing Good Can Come from This” for the Chicago Review of Books, Tsitsi Dangarembga's “This Mournable Body” for the Masters Review, and Mara Altman's “Gross Anatomy” for BUST.

Mary Ann Gwinn reviewed three biographies: “Ninety-nine Glimpses of Princess Margaret,” “The Pope Who Would Be King,” and “American Eden” for The Seattle Times.

Laurie Hertzel reviewed Shaun Bythell’s memoir, “A Diary of a Bookseller” for the Minneapolis Star Tribune.  She also wrote her weekly column off the study that reveals teen reading is dropping sharply.

Ilana Masad reviewed R.O. Kwon's “The Incendiaries” for the the Los Angeles Times and Lisa Locascio's “Open Me“” for NPR.

N. Heller McAlpin reviewed Claire Tomalin’s “”A Life of My Own“” for the Washington Post and Jessie Greengrass’s “”Sight“” for NPR.

The National Arts Club has an upcoming event

Victoria Chang’s fourth book of poems, Barbie Chang, was published by Copper Canyon Press in 2017. The Boss (McSweeney’s) won The PEN Center USA Literary Award and a California Book Award. Other books are Salvinia Molesta and Circle. She was awarded a Guggenheim Fellowship and a Sustainable Arts Foundation Fellowship in 2017, along with the Poetry Society of America’s Alice Fay Di Castagnola Award. She is a contributing editor of Copper Nickel and a poetry editor at Tupelo Quarterly. She teaches at Antioch University’s MFA program in Los Angeles. You can find her at http://www.victoriachangpoet.com