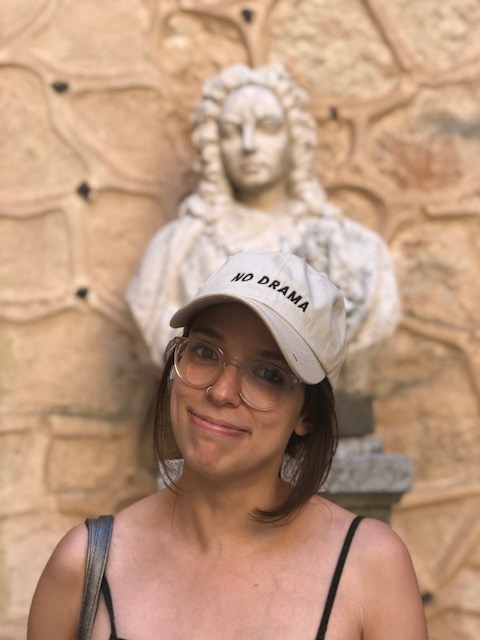 Becca Rothfeld writes essays and book reviews for the TLS, The Nation, The New York Times Book Review, Bookforum, and The New Republic, among others. She is a PhD candidate in philosophy at Harvard.

What's one recent piece you've written that you’re especially fond of and why?

I'm especially fond of the review of Berlin Alexanderplatz that I wrote for Bookforum this past January, mostly because I love Döblin so much, and it's always a pleasure (if a challenge of especially high stakes) to write about someone you love.

What are a few recent pieces of criticism that you especially enjoyed?

I'm habitually indecisive, so I'll give you two for the price of one: I loved Patricia Lockwood's essay about Rachel Cusk in the LRB, and I loved Christian Lorentzen's review of James Wood's novel Upstate in New York. The former because it's so fluid and intimate, and the latter because it's a lucid, smart, and above all fair meditation on James's contributions as a critic—and by extension, on the state of the union, which James did so much to establish. For my money, James and Christian are two of the best critics working today, and it's a rare privilege to see a sort of discussion sprout up between them.

I regard my criticism as a demand for the perfection that novels, in virtue of their magic, owe us. Simone Weil once wrote in a letter to a friend, “It seems to me certain that this constitutes a serious imperfection in you. And why should there be any imperfection in you? it does not suit you in the least to be imperfect. It is like a wrong note in a beautiful song.” Literature is the only thing I've ever encountered that has the capacity to be perfect, so I expect it to be perfect. So in the happiest instances, my reviews are really just love letters.

The answer that everyone expects to this sort of question is something about the internet, which is shrinking attention spans and changing our reading habits in all the obvious ways. But I suspect that the fluffy distractions have always outnumbered the difficult beauties, and I can't imagine it was ever easy to distinguish the music from the noise. So the truth is, I don't think the role of criticism ever changes: it's always to been to hold art to rigorous, ruthless standards, and of course to produce artifacts of humor and beauty in their own right. What does change is the culture in which the criticism is practiced. We have the misfortune of living in an anti-intellectual and indefatigably cheerful culture. So careful criticism—criticism that refuses to pander or sugarcoat or compromise its standards-—can lead by harsh example.

I love writing for Bookforum and the TLS because the editing at both publications is tops. Incidentally, they're both great to read. I also love LRB, and I especially love The Point.

No, I'm a reader through and through! It's a privilege of a literary critic to write in a medium continuous with what she reviews, which makes her job easier than the job of, e.g., a music critic. Probably the best rejoinder or homage to a piece of music is another piece of music. Besides, I'm Jewish, so if I flee a text, it's always to another text. I'm glad there's no outside the text because there's nowhere extra-textual I'd ever like to go.

I love NYRB Classics. I feel that there's a lot of glib, flashy experimentation in circulation today, and NYRB Classics is reliably resistant to all the trend-chasing. I also love the Spanish author Javier Marias. A lot of contemporary literature is detached and vacant, full of choppy and sparse prose, and Marias writes really rich, long, lavish sentences. I also love Helen DeWitt, for similar reasons. She's so smart and so unfashionably-—but wonderfully, brilliantly-—maximalist.