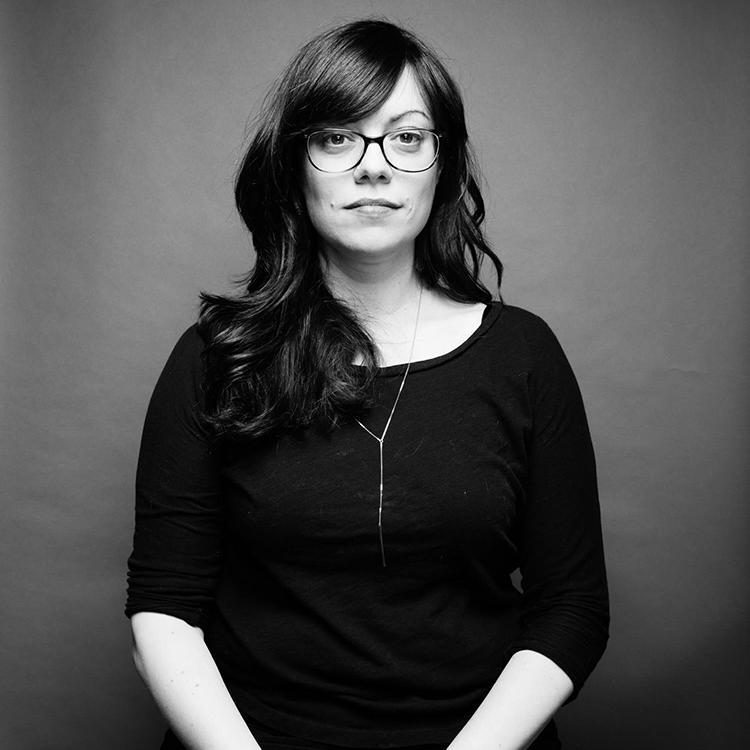 Michelle Dean is a journalist, critic, and the recipient of the National Book Critics Circle’s 2016 Nona Balakian Citation for Excellence in Reviewing. A contributing editor at the New Republic, she has written for the New Yorker.com, Nation, New York Times Magazine, Slate, New York Magazine, Elle, Harper’s, and BuzzFeed. Dean is also the author of the book Sharp: The Women Who Made An Art of Having An Opinion.

As a contributing editor at the New Republic, what are you looking for when you read a book that you know you’ll be writing about? Can you describe your process?

Those I did largely on assignment by my editor there, Laura Marsh, rather than choosing the subject myself. So by the time I read the book it is with the idea that I'll certainly be writing about it, and already with an eye to formulating some kind of argument about it, which is perhaps not the way most authors hope people will read and react to their work.

I'm afraid my process is boring. I read the books twice—once very quickly, and then a slower pass—so I have the full image of what the book is and what it's trying to do when I do a detailed read. And then I write, usually quite quickly. I'm definitely on the “discover what I actually think as I write” end of the spectrum, so though I'll revise a review I usually try to preserve the original order of my thoughts, since that's usually the easiest way to take the reader on the same journey I did while thinking.

Sharp explores the lives and writing of ten brilliant women critics, most of whom did the majority of their important work in the 20th century. What difference do you see in the work of today’s critics versus the work of the women you wrote about?

Today's critics have somewhat more noise than in the past. The old saw about everyone being a critic long predates social media, obviously. But the ability of people to speak back to all kinds of media and art has meant that it feels like everything is criticism all of a sudden. Developing a critical muscle is less of a rarified skill than it used to be. That's actually mostly a good thing, in that arguments are getting more robust and interesting because of the multiplicity of voices out there.

What is less good is that it sometimes feels like criticism is overtaking creativity as an impulse for creating art. Or maybe a more useful way of saying that is that I seem to be reading and watching a lot of work that is hoping, somehow, it can evade criticism if only it toes some line. The people who complain about “wokeness” seem to be identifying this phenomenon, but I see it also in some work that is totally the opposite: work so deliberately provocative it contains no impulse other than provocation at its heart, which is another way of totally defining your work by the noise it might generate from critics, after all.

And then you have the autofictionists, who seem to want to launch themselves out of the inherent mess of art-making by resisting having any events in their books, let alone a sense of humor. Still more people trying to craft escapes from the criticism of, “this isn't a good story.”

Who are the spiritual successors to these women? Or, to put it another way, whose chapter comes after Janet Malcolm?

Ha, well, one of the things people sometimes elide about Sharp is that I really do see it as a historically limited phenomenon. This idea of being the “only woman at the table”—it wasn't really strictly true even for the women in the book, but it certainly stopped being true sometime in the 1990s. So I'm not totally convinced there are successors—only people who owe their careers to the place these other women carved out.

I want to be clear, of course, that I love a number of women critics working now: Parul Sehgal, Laura Miller, Ruth Franklin, Zoe Heller. They're just doing their own thing, and I'm too much the contemporary of any of them to identify any kind of school for what's happening, yet. Someone else will have to write that book, if they're inclined!

A lot of your writing exists online—the New Republic, Gawker, Buzzfeed, The Guardian, Slate, The Awl, The Ringer, Barnes & Noble, Longform, etc.  In an interview with The Rumpus you spoke about the role money played in the lives of the women in your book. And you have been open about the fact that, at least at the beginning of your career, you weren’t always paid for your own work. In the changing media landscape, how do you think critics (particularly emerging critics) should balance being paid for their work against gaining exposure? How do you, personally, navigate making that decision regarding your own work?

I have been very promiscuous, yes, and find it slightly embarrassing to have so much work all over the place. It's like I'm some slobbering incontinent who has left a trail of her learning process all over the internet.

The free vs. being paid thing is not a question I've ever really settled for myself, except when financial necessity demanded it. I still sometimes write for free, for friends. I'm no longer making my living as a freelance writer, or rather I should say have at the least been granted a short break from it. And I have to say, it's nice to not feel like you have to turn in any old thing because you need the check to come on time. That makes one feel more like a real writer.

You have a really interesting career trajectory—lawyer, blogger, critic/reviewer, journalist, author, and now you work in television. Have you always wanted to be a writer?

I did always want to be a writer, but as a kid and even as a young adult, I didn't know any. I do not mean to understate my class background. I had a standard middle class Canadian childhood, I went to a pretty nice university in Canada, and I met a lot of interesting people there, but none were working artists of any kind. And I've never been a very brave or self-confident person (which I realize is somewhat at odds with the persona I sometimes write in, but then a lot of writers would say that). So I did the safer thing and went to law school, and took a big firm job because it was a comfortable, obvious path.

But practice was too boring for me. After the financial crisis, I waited around to get laid off, and got a nice severance package. And I used that to pursue writing seriously. Which led me, quite quickly, to the dearly departed Awl. And on and on. I seemed to keep stumbling into luck—certain jobs, this very modest book deal to write Sharp, which I have to tell you felt only like a middling success at the time because so many publishers rejected it. So many. I was lucky Grove took an interest.

Along the way I got kind of tired of being a critic, to be honest. I do very firmly believe that criticism is an art unto itself, but I like narrative, and thinking about choices and story. Journalism was a way to dip my toe into that water. So was Sharp, in a way, though my self-critic feels I didn't manage to construct as compelling a book on the narrative level as I would have liked. Next one will be a novel.

And the television part—that was not by design. A story I wrote for BuzzFeed was optioned, and somehow I stayed attached as a writer, and then another writer who actually knew how to write television came aboard, and we came up with a show concept together, and we wrote a pilot. And now—and this doesn't usually happen, I hadn't counted on it happening—Hulu has picked it up to series. And it rather just feels like that just happened to me, rather than something I sought out, obnoxious as I know that must sound to people who have slowly climbed the assistant ladder out here.

But I like working with narrative full-time now. And I like not writing alone. We'll see if I stay in television, though, or flee back to New York like Pauline Kael did…