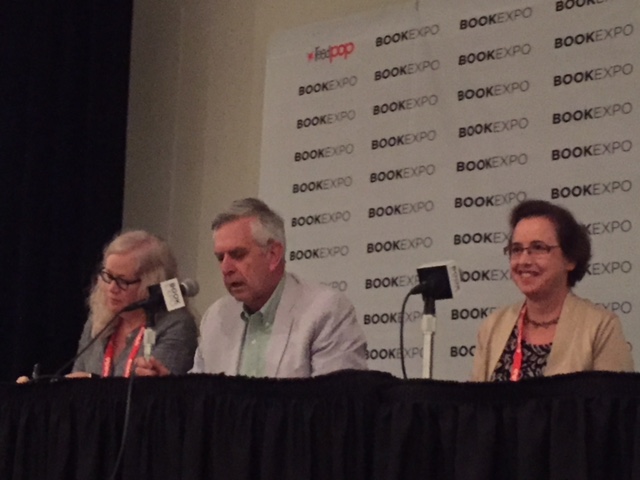 I see what we’re calling “The Crisis in Book Reviewing” as a subset of the larger crisis afflicting both journalism and freelancing. There are special factors affecting arts journalism and book criticism, but first I want to paint the broader picture to show just how intractable the problems are.

We all know there’s a business model problem and a shrinkage of space in print outlets. But there’s been a growth in digital outlets, which often pay either nothing or really nominal rates to writers. But print rates, too, have fallen significantly over the past two or three decades and longer.

I’ve found a couple of very good articles that make the point. The first, by the late great David Carr for a now-defunct publication called Inside, dates from 2001, around the time I left a staff job at The Philadelphia Inquirer and started freelancing. It looks primarily at the magazine world. It notes that Tina Brown upended magazines by paying up to $5/word at Vanity Fair in the 1980s and 90s. As a parenthetical, I’ve since heard that some writers – Michael Lewis, for one – were getting as much as $10/word under Brown’s successor, Graydon Carter.

But David Carr’s main point remains true – that only a handful of writers belong to this rarefied elite. He writes: “The vast majority of working stiffs, even those who can deliver clean copy in a timely manner, are viewed as a limitless supply of interchangeable drones and compensated accordingly.”

Base pay rates for top print magazines, as Carr notes, went to about $2/word in the early 1990s. They’ve stayed there or, in some cases, even declined to about $1.50 a word. And we’re nearly three decades on. In addition, of course, space has shrunk and stories have gotten shorter, resulting in even smaller fees. And this is without getting into the problems of contracts that take all rights or the abusive use of kill fees, both of which depress writers’ income.

I kept the Carr article in my files over the years. Then in April of this year, another quite good piece was published on a website called Medium, by a writer named Malcolm Harris, who says he was paid $1/word for the story. He reports, somewhat anecdotally, that the median price for freelance work is now between 25 and 50 cents a word, though with flat rates largely taking over from word rates. His main concern is the toll on the quality of the product. “Talented writers,” he says, “walk away from the industry, plutocrats are free to pick stories and choose writers even when they don’t own the outlets, and the quality of the work declines.”  (The reference to plutocrats seems to be about foundation money, which mostly funds investigative reporting, not book reviews.)

Harris also offers a wonderful history of the now-vaunted and desirable $1/word rate, which he says was first offered to Theodore Roosevelt in 1908 – and, to me, around 1980. The inflation calculator I found on online doesn’t start until 1913. But the equivalent of $1 for that date would now be more than $25/word.

This overview gives you a sense of the landscape. I think arts journalism and book reviewing in particular have been subject over the years to additional pressures because, along with staff and freelance journalists, reviewing has been the province of academics and of book authors. These are people whose income mainly comes from other sources, and who publish book reviews for reasons of career and self-promotion and prestige and personal satisfaction. One newspaper book editor told me that when she assigned a review to one academic, he or she asked rather timorously, “Is there an honorarium?” I know that when I was assigned a book review for the Rupert Murdoch-owned Wall Street Journal, expecting pay to be competitive with what I was getting for museum reviews and other Journal stories (in the $800 to $1000 range), I was told that book review pay topped out instead at $500. And that non-journalists – academics, lawyers, other experts – got even less, $400. That, I was told, was what the market would bear.

I will say that, in the past, I personally have gotten as much as $2/word for book reviews. But that was both rare and not recent. Columbia Journalism Review, which used to pay me at least $1/word, including for book reviews and essays, now pays less than that – and doesn’t even publish book reviews on the website that‘s largely replaced the print magazine.

One last story that I both love and hate. I’ve done the occasional book review over the years for The Washington Post, starting around 2001 or 2002. The rate then was $350/review, for about 800 words. I don’t know for sure, but I’m guessing that rate dates from at least the 1990s. Each time I was assigned a review, I asked in a perfunctory way, because I thought it was a good thing to do, whether that rate had risen. Each time I was told no. The last time I asked was well into the ownership tenure of the billionaire Jeff Bezos, the founder of Amazon. There had been reports that Bezos was sinking lots of money into the Post, hiring dozens of new reporters and so on. So, dutifully, I asked about book review rates.

Yes, I was told, they have risen! (Hallelujah.)

What’s the new rate? I asked.

Really, Jeff Bezos, with all your billions, you couldn’t even go to $400?

What more can I say? Given this dispiriting context, I’m not hopeful about the future, but I would love to be proven wrong.

Julia M. Klein is a Philadelphia-based cultural reporter and critic who writes about museums, theater, books, film, television and the media. She is the Forward's contributing book critic and was a longtime contributing editor at Columbia Journalism Review.