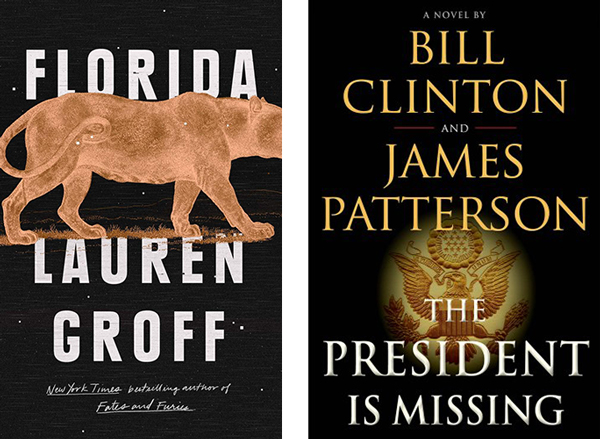 Chimamanda Ngozi Adichie, NBCC award fiction award winner (for Americanah) and fiction finalist (for Half of a Yellow Sun) is profiled in The New Yorker.

Board Member Gregg Barrios ​wrote about Andy Warhol and the myth of the American West for The Rivard Report.

​Ellen Prentiss Campbell's review and re-discovery of the late Josephine Jacobsen's The Edge of the Sea appears on The Fiction Writers Review for “Short Story Month.”

Meg Waite Clayton reviewed Sharp: The Women Who Made an Art of Having an Opinion by Michelle Dean for the San Francisco Chronicle.

David Cooper reviewed The Mandela Plot by Kenneth Bonert in the New York Journal of Books.

Jonathan Farmer ​wrote about literary power and Shane McCrae's latest book of poems, The Language of My Captor, for Kenyon Review.

Board Member Katherine A. Powers​ reviewed The President is Missing, by former President Bill Clinton and James Patterson, for Newsday.

Richard Santos ​interviewed Kevin Powers for Kirkus about his new novel, A Shout in the Ruins.

Diane Scharper reviewed Julian Barnes' The Only Story for The Weekly Standard.

Grace Schulman, ​who won the Frost Medal for Distinguished Lifetime Achievement in American Poetry in 2016, announces a memoir, ​​Strange Paradise: Portrait of a Marriage, forthcoming in August from Turtle Point Press.

Paul Wilner reviewed the re-issue of Black Swans by Eve Babitz for the Journal of Alta California.