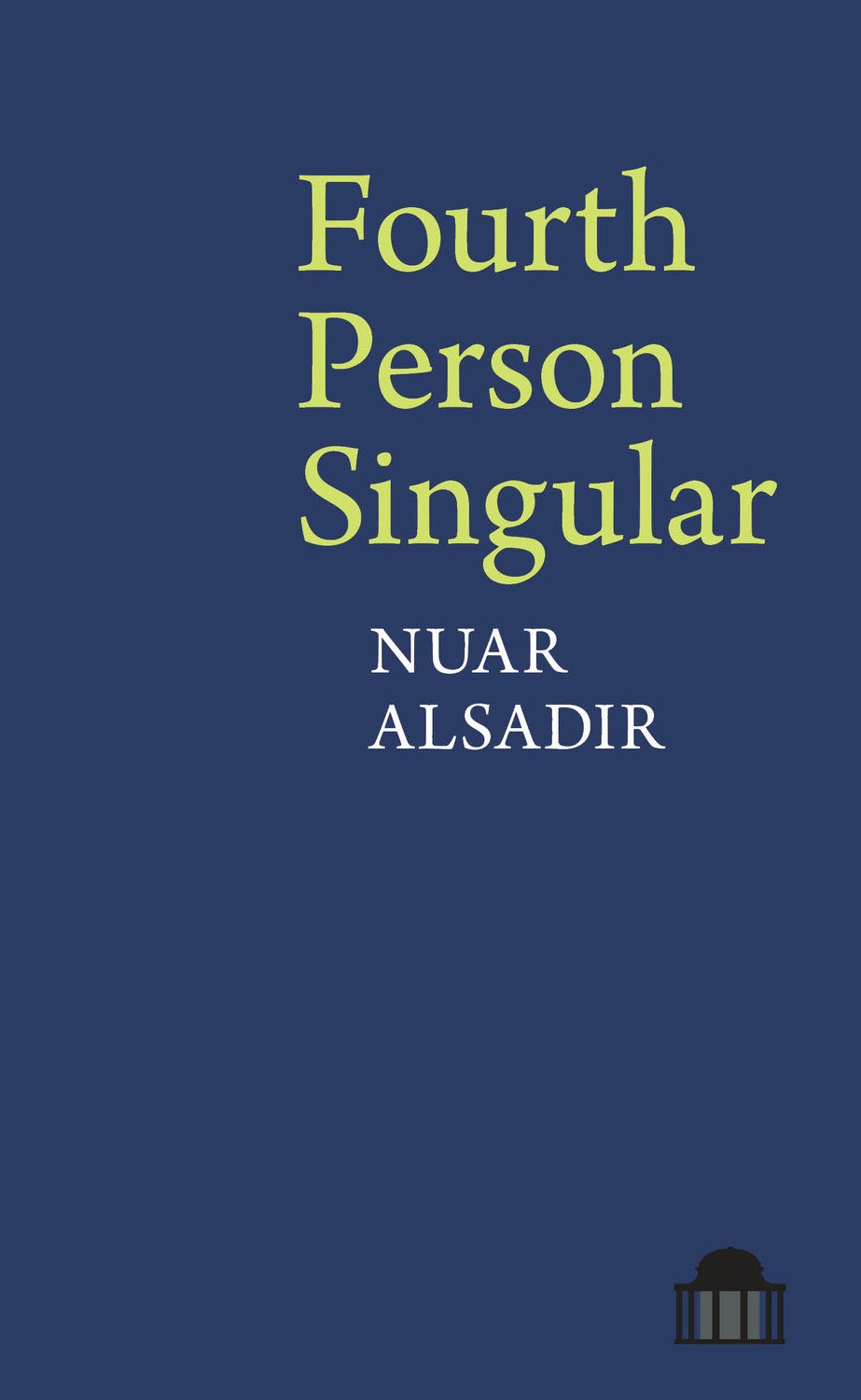 Tiziano Colibazzi (TC): Can you explain how you chose the title Fourth Person Singular?

Nuar Alsadir (NA): There was a period during which I was trying to figure out what kind of speaker to use. The poems I found most moving, which serves as my measure of a poem’s value, were written in the first person but, as I had developed an aversion to confessional poetry, I didn’t want to write about my life in a narrative, confessional way. I had been playing with the speaker in my poems, trying to figure out how I could keep the work lyric – have an “I” addressing a “you” – but not use an “I” that matched with me, the facts and narrative of my lived life. 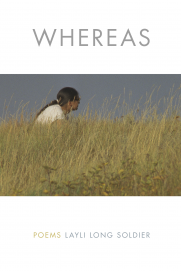 Layli Long Soldier’s debut collection of poetry, Whereas (Graywolf) was written in part as a reaction to the 2010 Congressional Apology to Native Peoples of the United States, which is a resolution located deep within a document called the Defense Appropriations Act. President Barrack Obama signed the apology without announcing its existence to Native people or inviting Native American leaders to witness the signing. Long Soldier’s debut collection unravels the language of treaty, apology, and everyday conversation into poetry. She is Oglala Lakota, and stresses that her work does not speak for the entirety of Native American people. She is herself, an electric current of “I,” a laughing beam of the first-person, currently living in New Mexico, and poet-ing in the glow of her PEN/Jean Stein Book Award, her Whiting win, and her recent NBCC poetry award nomination.

Melanie Odelle: What is your favorite punctuation mark, and why?

MO: I believe Layli Long Soldier has thought a lot about punctuation.

LLO: Punctuation is really, ultimately, to score your work, almost like musical notation. It indicates breath. It indicates rest, pause, and so forth. 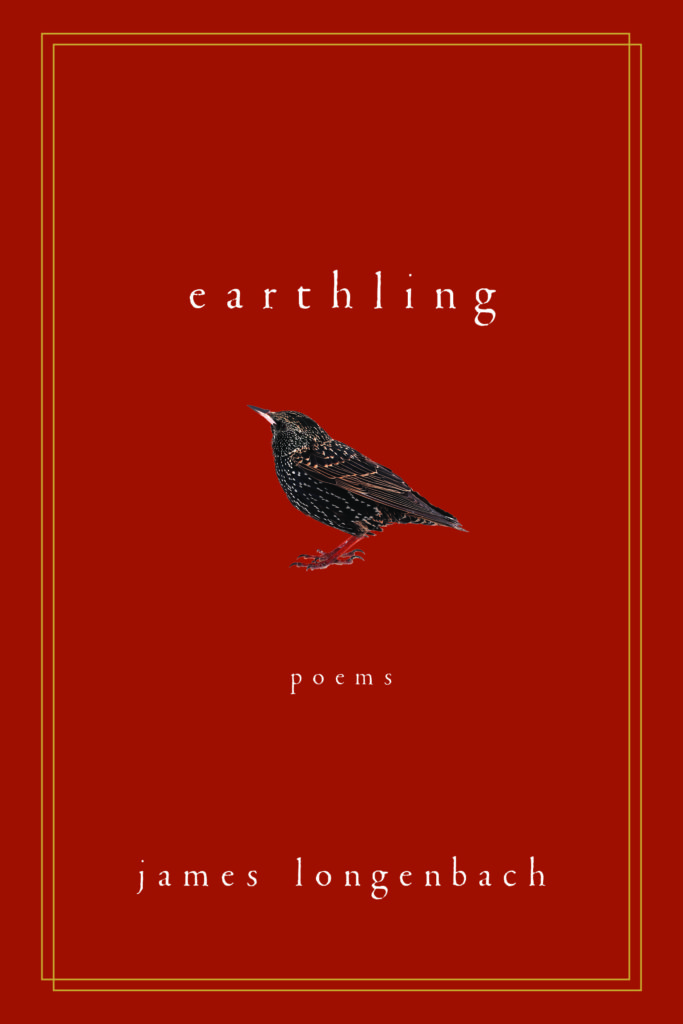 There are moments when insufferable existential questions transmute into the mundane. Feelings we have never had answers for become best explained in waiting and solitary. In James Longenbach’s most recent poetry collection Earthling (W.W. Norton), he marks the existential and human inclination to wonder with music, and ruminations on aloneness. This collection explores the body’s relationship with its own consciousness. Longenbach builds worlds which later crumble under new imaginative pursuits. He thinks about his mother’s passing and his own mortality. Earthling is told by an endless cacophony aware of its limits—realizing “you’re ruled by your body, condemned / Each day to fill it so that tomorrow / You may fill it again”?

James Longenbach is the author of four earlier collections of poetry, and many works of literary criticism. I had the honor to speak with him about this National Book Critics Circle nominated work Earthling.

M.L. Thompson: To jump in, we start with the title Earthling. What made you center the collection around that word?

James Longenbach: All my life I thought the word earthling was created in 1950s sci-fi culture. It’s actually a really, really old word in the English language. Earthling was our first word for ploughman or somebody who works with soil. I just thought that was so beautiful. I did want there to be the ghost of the sci-fi meaning present as well. I tried to use the word to evoke this primal sense; like the first being on Earth looking around and seeing what’s happening. All those connotations really appeal to me.

Annakeara Stinson interviewed Ana Ristović about her collection Directions for Use (Zephyr Press). 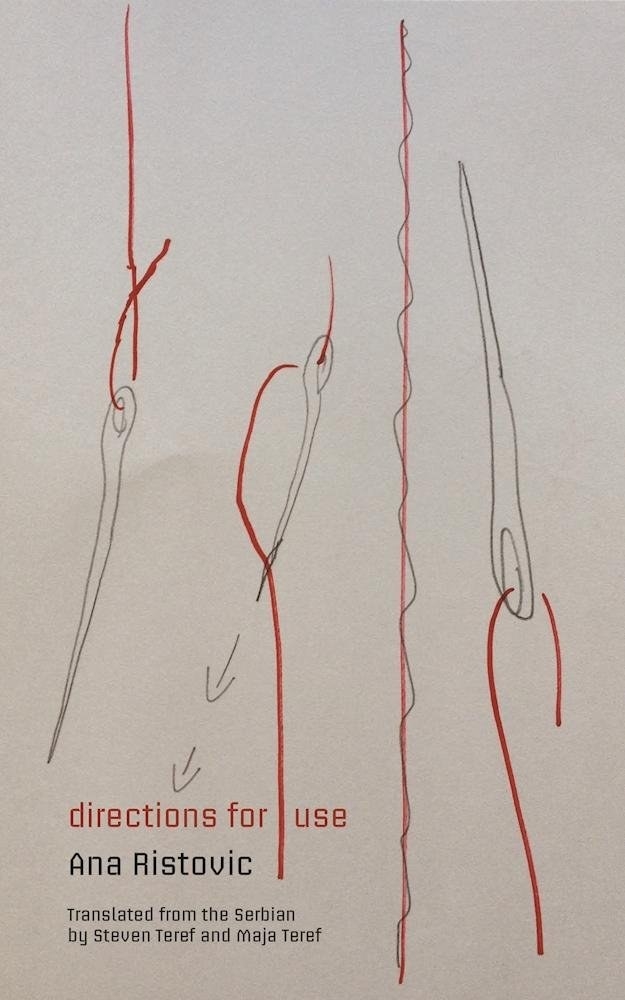 The Serbian poet Ana Ristović’s poetry is unusually alive, mainly because it feels as though she herself is buzzing inside of each line. Her poems are erotic, effervescent, and hyper articulate. They light up and give life to parts of existence writers often forget to make room for on the page. The smallest of passing thoughts, very mundane circumstances, and everyday objects like the drain of a hotel sink or “the sensual leftovers of last night’s dinner” are just as important as big questions and big feelings. Her poems only get richer and more oddly shaped the more times they are read.

In her poetry collection Directions For Use, Ristovic gives the reader permission by example to go slow, live deeper, and to look at what surrounds you, to feel what’s inside of you, and realize that all of it is poetry.

Annakeara Stinson: Your poems have the tendency to make anything alive and sensual, whether it’s a dream or a radish, or the line of a poem itself. This fantastical element adds a lightness and at times a comic tone to your work that makes the poems delightful to read, but there is always something heavier bubbling beneath the surface. I’m thinking of poems like “History” (A century sits in the lap of a sculpture/pees on itself/morphs into a fountain/for a decade and drinks from it…) or “Snow In Your Shoes.” Can you talk about how you weave light and dark together?

Ana Ristović’: How can you comprehend the light, without ever seeing the shadow? Only in the presence of shadow, that dark curtain, we are aware of the presence of light.

Poetry goes hand in hand with troubles and not so pleasurable emotions. They are very much like a couple in an open relationship. They do not put too much pressure on each other, they don’t ask for each other at any cause, they don’t always end up in the same bed. People usually assume they are in a relationship, although they would prefer for that not to happen. They spend their holidays separately, carrying pieces of hope in their pockets.

Poetry is a window which, having a goal to transpose every emotion, including pain, requires a clear view towards inside, even if it is directed toward outside. Poetry does not exist in order to ensure comfort. It transforms the poet’s emotions into universal treasures.

On the other hand, it seems to me that the ability to clearly express complex meanings—is the way to clarity and simplicity. It is not easy. Write about complex matters, write, if you want about the cosmos, but in a simple way, so that the planet that you are describing, or thinking about is equal to the orange in your pocket you’ll later peel. For when we think about it: in one ordinary orange a planet is hiding, and in one ordinary orange is a planet, too. 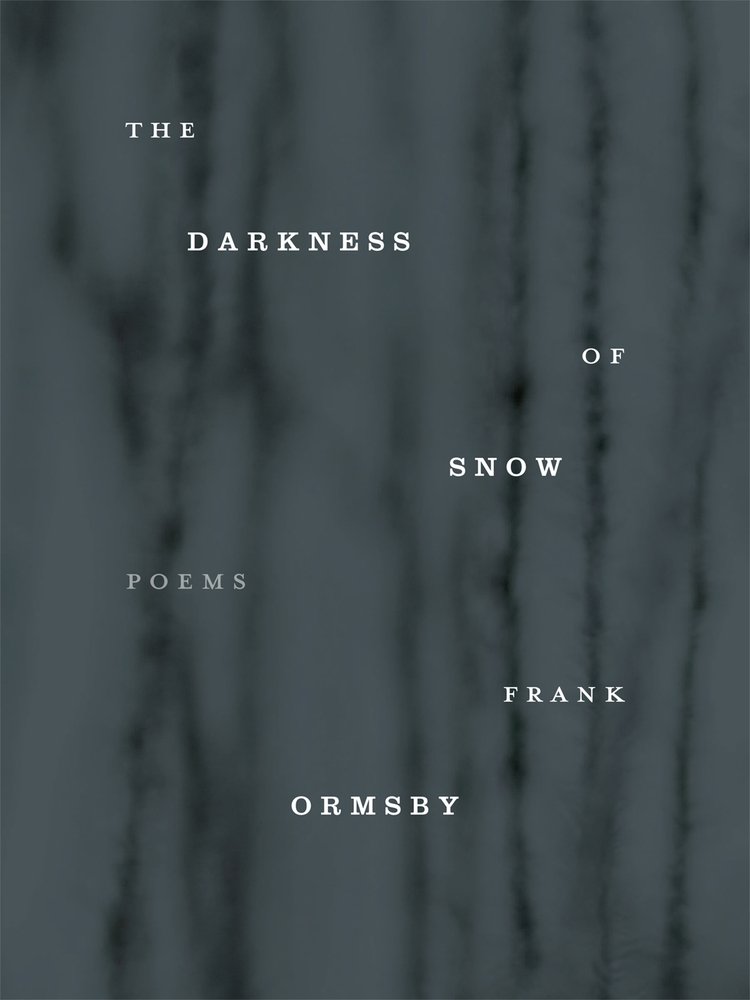 Beatrice Helman: When I was in kindergarten, my family moved from an apartment to our first ever house, and my very first yard. A giant rhododendron had been growing for years before we got there, and it was immediately my own personal world, big enough that I could climb underneath and hang out for hours. Before we get into a few other questions about your lovely poems, I would love to just start out talking about Rhododendrons, if you could just talk about where it came from, why you chose to honor such a beautiful but scrubby plant, what special place it holds.

Frank Ormsby: I grew up in a rural area of County Fermanagh in Northern Ireland, near a village called Irvinestown. My mother’s family owned a small farm and we often helped with the farming work. Close by was Castle Irvine (sometimes called Necarne Castle), which was uninhabited but surrounded by a larger farm and extensive woods.

As children, we played in these woods. The half-mile avenue from the gate to the castle had trees on both sides, mostly rhododendrons, which were popular on the larger estates. So farmland and trees made up my essential landscape. No mountains or rivers of any size. However, look for Co. Fermanagh on a map of Ireland and you will see that Lough Erne seems to cover the whole county. We lived some distance from it but did not own a car, so the lough did not figure prominently in my boyhood. I think that my rural poems are an attempt to recover the sensuous aspects of growing up in the country—the sights, sounds, smells, tastes, and textures of my world. I would want the reader to experience that world vividly. The way you have experienced the rhododendrons.