In the 30 Books in 30 Days series leading up to the March 15, 2018 announcement of the 2017 National Book Critics Circle award winners, NBCC board members review the thirty finalists.Today, NBCC board member Carlin Romano offers an appreciation of nonfiction finalist Masha Gessen’s The Future is History: How Totalitarianism Reclaimed Russia' (Riverhead). 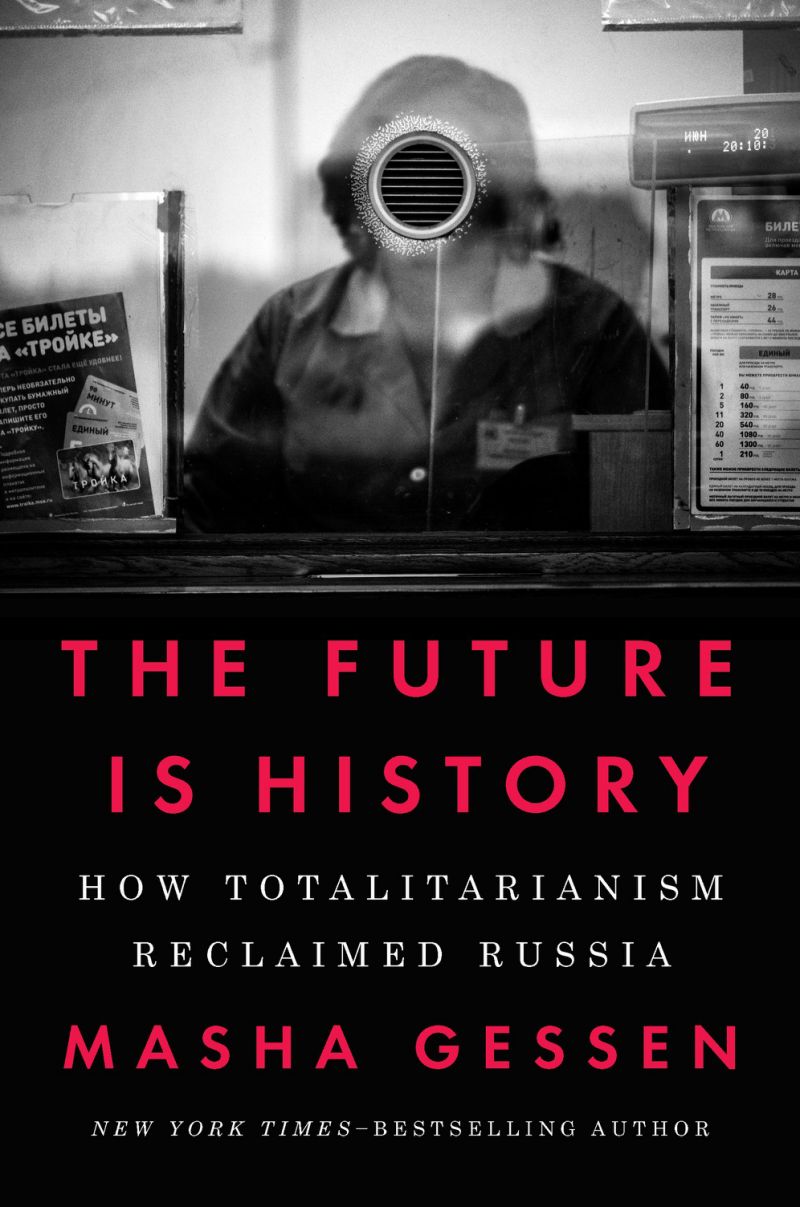 Russia specialists noted recently that Vladimir Putin’s third Presidential term will make him the longest-serving Russian leader since Stalin. Putin has helpfully juiced the comparison by undermining any quibbles about Russia not being the same place as the Soviet Union.

Fewer Russian hands observe that Putin is also chasing Stalin as the subject of the most books about a modern Russian leader. In just a few years we’ve absorbed harsh, important truths from a slew of studies such as Steven Lee Myers’s 'The New Tsar: The Rise and Reign of Vladimir Putin' (2015); Karen Dawisha’s 'Putin’s Kleptocracy: Who Owns Russia?' (2014); Fiona Hill and Clifford Gaddy’s 'Mr. Putin: Operative in the Kremlin' (2013);  Marcel H. Van Herpen’s 'Putinism: The Slow Rise of a Radical Right Regime in Russia' (2013), and Masha Gessen’s own 'The Man Without a Face: The Unlikely Rise of Vladimir Putin' (2013).

It might seem that we already know enough about Putin and the Russia he’s dragged back into ugliness. But Gessen, who now ranks as America’s chief journalistic conscience on the new Soviet Union, jumping into Op-Ed pages with every news flash from Moscow, understands that the life stories a dictator creates differ mightily from the dictator’s own story. In 'The Future is History,' Gessen draws on her own experience as a Russian journalist chased to the United States, and on acquaintances back home. She weaves an intimate narrative of seven Russians whose lives bear the imprint of Putin’s destruction, in his 18 years in office, of perestroika, glasnost and Russian democracy.

Gessen chooses her characters well. Among them is Zhanna Nemtsov, daughter of the murdered opposition leader Boris Nemtsov, who must slowly confront the dark politics of a regime under which she has mostly prospered. Masha, the granddaughter of a Soviet rocket scientist, is a young mother who gets pulled into corrupt government work but then becomes an opposition activist.

Lyosha, a third continuing focus of Gessen’s industrious reporting, is a gay academic at Perm University who fights the good fight for LGBT rights and gender studies until he, like Gessen, must flee to the safety of the U.S.  Lev Gudkov, a sociologist who joins the Levada public-opinion group, tries to grasp and report truth in a society increasingly ruled by lies.

But not all of Gessen’s subjects are on the side of the angels. She also documents the rise of Alexander Dugin, the extremist ideologue who calls for pedophiles to be killed on sight and eventually rides the Putin wave to national fame.

If Gessen sometimes jars with her leaps from one character to another, that instability lends a kind of mimetic propulsion to a larger political drama marked by sudden shifts and twists. She chronicles just enough of the national political tale over the past 30 years, and ponders just enough of the intellectual origins and street-level nastiness of totalitarianism, to frame the seven lives within both. The multiple tracks help illustrate Gessen’s theme, as she describes the period she takes on, of “how powerless Russian citizens” are “to affect any aspect of life.”

Gessen repeatedly returns to the metaphor of the fortochka, the tiny window, cut inside a larger pane of glass, that allows outside air to enter the sealed windows and space of a Russian home in winter. The Future is History is just such a fortochka. It enables the oxygen that Russians think of as dusha, the oppressed yet resilient Russian soul, to escape the dark Putin era and enter into our thoughts.

Carlin Romano, Prof. of Philosophy and Humanities at Ursinus College, reported from Russia as a Philadelphia Inquirer correspondent from 2002 to 2005.