In the 30 Books in 30 Days series leading up to the March 15 announcement  of the 2017 National Book Critics Circle award winners, NBCC board members review the thirty finalists. Today, NBCC board member Yahdon Israel offers an appreciation of poetry finalist Layli Long Soldier’s 'Whereas' (Graywolf) . 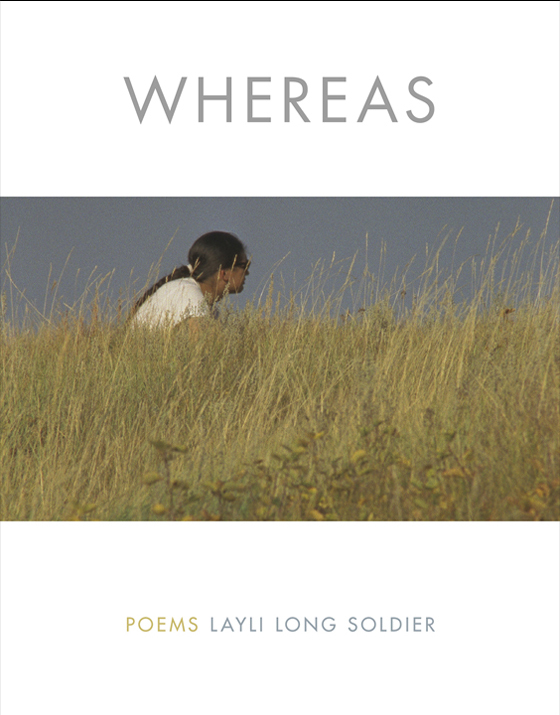 If there’s one line that articulates the unapologetic audacity of Layli Long Soldier’s 'Whereas,' it’s in her poem “38,” where she writes: “Everything is in the language we use.” When you read the line in the context of the poem in which it is written, a poem about the historical, political and cultural erasure of the “thirty-eight Dakota men who were executed by hanging, under orders from President Abraham Lincoln” the same week Lincoln signed the Emancipation Proclamation, you’ll realize that the word “everything,” doesn’t mean what it should.

But how do we make words mean what they should? Long Soldier’s answer is to highlight the limits of their use: “If I’m transformed by language, I am often/crouched in footnote or blazing in title./ Where in the body do I begin;”

Writing yourself, and your people into a space where you’ve already belonged requires you to work double-time. As you’re reading what’s there, you also have to see the redactions as something not to skip. You have to figure out a way to write in what’s been written out—and not in the margins either. Whereas is not a rewriting of American history; but a reckoning.

Yahdon Israel is the Editorial Director of Northside Media, Inc. and the Editor-in-Chief of Brooklyn Magazine. He has written for Avidly, The New Inquiry, Brooklyn Magazine, LitHub, and Poets and Writers. He graduated from the MFA Creative Non-Fiction Writing program at the New School. He's the Awards and Membership VP of the National Book Critics Circle. Runs a popular Instagram page which promotes literature and fashion under the hashtag Literaryswag, and hosts a web show for writers called LIT.