In the 30 Books in 30 Days series leading up to the March 15, 2018 announcement of the 2017 National Book Critics Circle award winners, NBCC board members review the thirty finalists. Today, NBCC board member Michael Miller offers an appreciation of  Mohsin Hamid’s 'Exit West' (Riverhead). 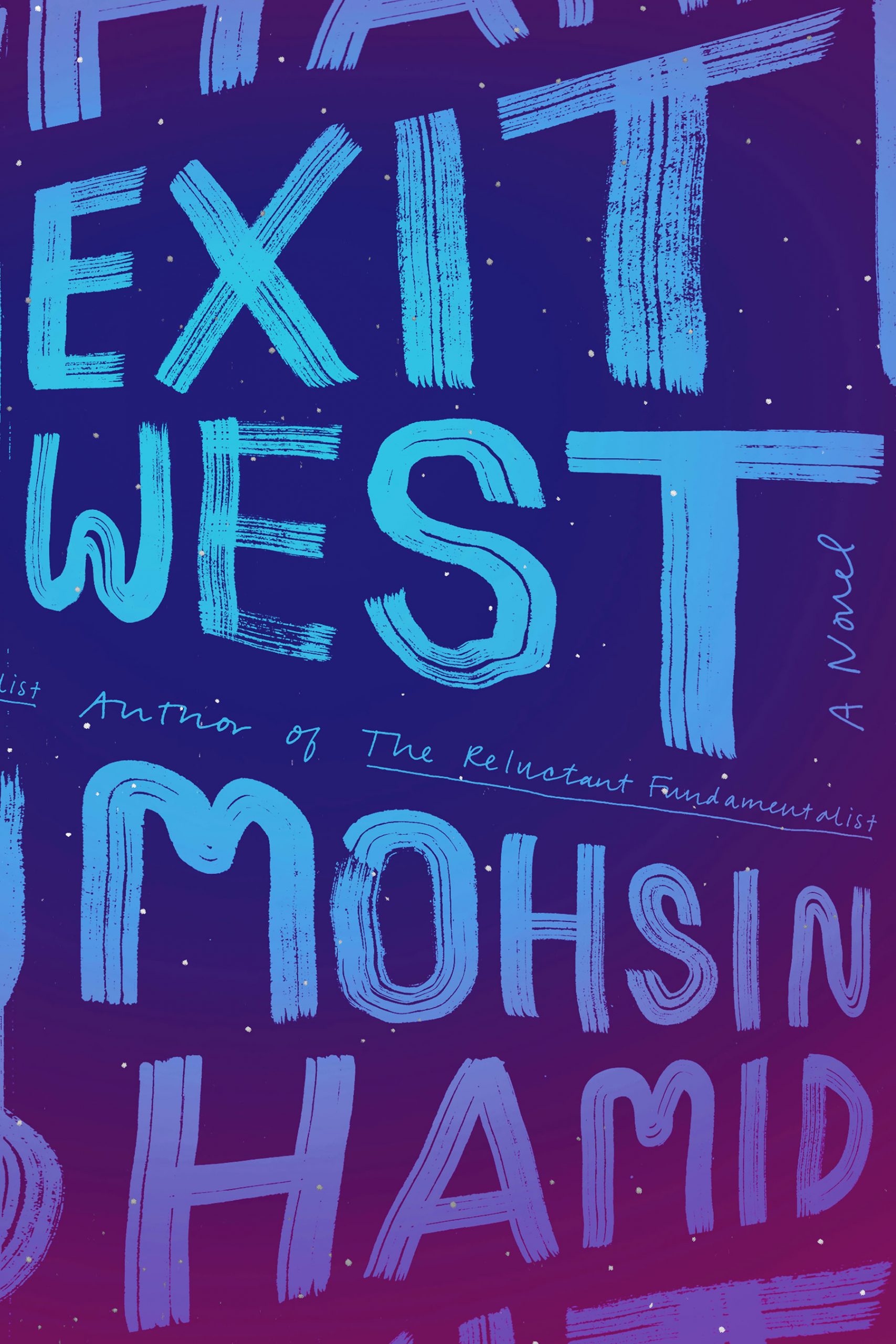 Early in Mohsin Hamid's 'Exit West,' two young lovers, Nadia and Saeed, lie in bed and look at photographs of major cities (New York, Rio, Shanghai) that appear to be lit entirely by the stars in the sky above them. How are these images possible in the age of electricity and air pollution? Saeed explains: The photographer took pictures of cities, and also took pictures of the night sky in remote places where the constellations shine bright; the artist then created composites, placing vivid starry skies above the cityscapes. Nadia looks at the pictures and thinks: “Whether they looked like the past, or the present, or the future, she couldn’t decide.”

Deeply felt and intricately constructed, 'Exit West' is a meditation on nationality and migration that, like those photographs, splices together places that are normally separated by great distances. The effect at first seems incongruous, but over the course of the novel, the warps in the space-time continuum offer a provocative new perspective on current notions of borders and nations and the ways that people inhabit them.

In the book’s opening chapters, Saeed and Nadia live in an unnamed city (it could be in Pakistan or Syria) that is “swollen with refugees” and “teetering at the edge of an abyss.” When civil war erupts and militants take over, the city becomes a phantasmagoria of violence, hunger, and death. Nadia and Saeed hear of a magical doorway that leads to some other place entirely. An escape. They pay for access, step through, and wind up in Greece, where they camp on the beach. They later step through other doorways, arriving in London, where angry mobs of nativists attempt to drive the new surge of refugees out, and then in Marin County, California, where an international mix of new and old inhabitants allows Hamid to consider the malleable nature of nationality itself.

'Exit West' is notable for its narration—a biblical and occasionally prophetic voice that is also entirely Hamid’s own. The tone allows for a stunning breadth of feeling and movement: It is capable of evoking claustrophobia and liberation, war and intimacy, the universal and the specific, deep traditions and the quickly changing contemporary moment. Hamid’s book can be dryly gruesome: the blood of a man who has been murdered upstairs seeps through Saeed’s ceiling; children play soccer with a human head. But the voice is so flexible that at other times it tumbles into a droll hard stop. When Saeed asks Nadia, who is not religious, why she continues to wear her traditional and concealing black robe, she replies: “So men don’t fuck with me.”

Hamid’s novel is stunning as a portrait of love in wartime alone (“the end of the world can be cozy at times”). But what makes it remarkable is the way it draws together its primary concerns—family, identity, war, geographical displacement—to form its own intricate cosmology. Each of the story lines becomes a lens through which to view the others. The love story opens onto a portrait of migrants. The notion of migration, in turn, comes to inflect the love story.

'Exit West' nods to the travels experienced by everyone, whether refugee or lifelong resident. (“We can’t help it,” one character reflects. “We are all migrants through time.”) But the novel is too wise, too sophisticated in its ideas about how people move and become actors in their surroundings, to ignore its characters’ unique qualities. Nadia and Saeed are two very different people drawn together by love, then by necessity. Their differences eventually set them on divergent paths, and they part ways by stepping through doors of their own making. But in Hamid’s insightful and moving novel, these differences, too, can become a unifying force. In the end, for Saeed and Nadia, it becomes the raw material for their deepest bond of all.

Yasmine El Rashidi in the New York Review of Books.

Michael Miller is an editor at Bookforum magazine.