In the 30 Books in 30 Days series leading up to the March 15, 2018 announcement of the 2017 National Book Critics Circle award winners, NBCC board members review the thirty finalists. Today, NBCC board member Carlin Romano offers an appreciation of autobiography finalist Ludmilla Petrushevskaya’s 'The Girl from the Metropol Hotel' (Penguin Books). 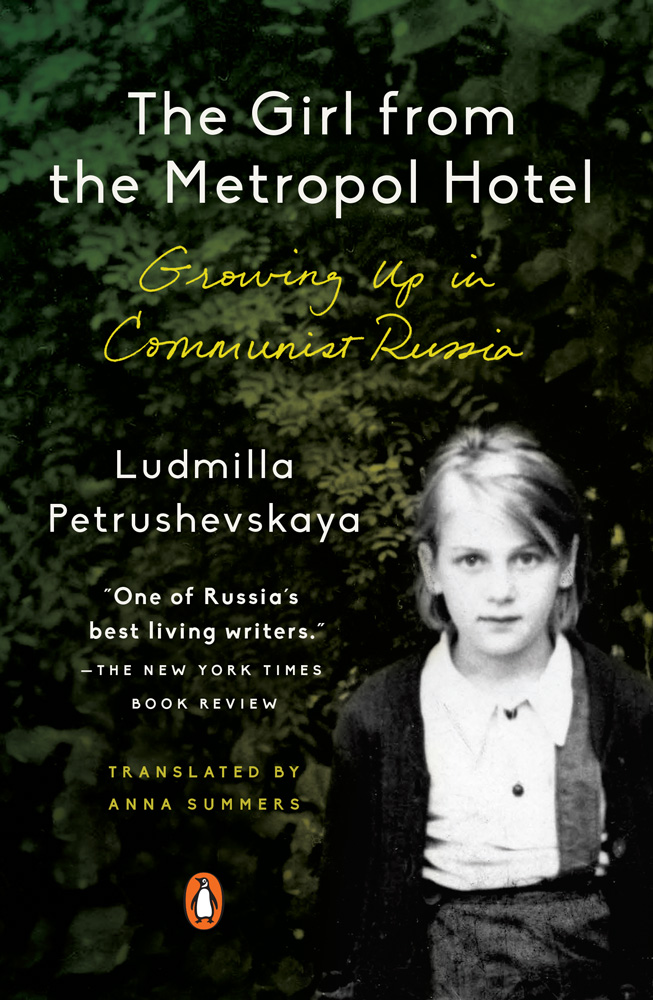 Russian lives remain miserably hard unless you’re a member of Putin’s elite or the coddled, complaisant upper-middle class. But the challenges pale before life in the Soviet Union. Every flower of Russian culture that pushed through the rock-solid cruelty of that regime counts as a miracle.

Ludmilla Petrushevskaya, now acknowledged at 79 as one of Russia’s pre-eminent writers, suffered enormously as a child. After her family became “enemies of the people,” she ended up abandoned by her father, left behind for four years by her mother. At times starving, shoeless, covered with lice, her belly swollen from lack of food, she rifled through garbage, ate glue and begged on the street, accosting passersby with a signature line: “No mommy, no daddy, please help.”

From the memories of that brutal time, and her slow rise afterwards, she has delivered in 'The Girl from the Metropol Hotel' (a caustic title, noting her birth in better circumstances), a powerful, unsentimental testament to the will of a would-be artist.

“I could tolerate hunger,” Petrushevskaya writes of her girlhood self, “but I couldn’t tolerate lack of freedom.” Her steely, wry personality comes through in the titles of some of her best-known fictions: T'here Once Lived a Woman Who Tried to Kill Her Neighbor’s Baby;' 'There Once Lived a Girl Who Seduced Her Sister’s Husband and He Hanged Himself,' and 'There Once Lived a Mother who Loved Her Children Until They Moved Back In.'

In this spare, stern memoir, she brings her finicky free spirit and tough, ironic sensibility to the stark indignities that formed her.