The National Book Critics Circle's annual General Membership Meeting, which coincides with this year's Book Expo America. The meeting is open to all members, but is not required.
When: May 31, 2017, from 10 a.m.-12. 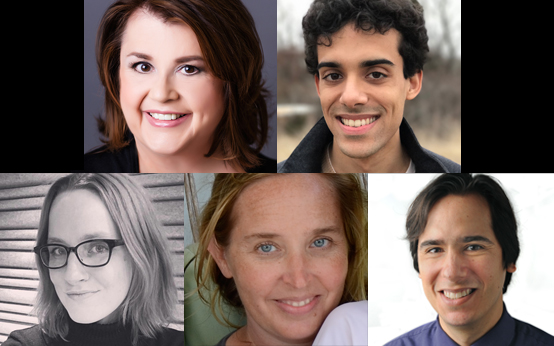 Moderated by board member Michele Filgate, and with panelists Julian Lucas and Nicole Lamy from The New York Times, Carlos Lozada (winner of the Nona Balakian Citation for Excellence in Reviewing), and Bethanne Patrick (NBCC board member and contributing editor to Literary Hub).

Michele Filgate is a contributing editor at Literary Hub and on the board of the National Book Critics Circle. Her work has appeared in The Washington Post, The Los Angeles Times, Refinery29, Slice, The Paris Review Daily, Tin House, Gulf Coast, The Rumpus, Salon, Interview Magazine, Buzzfeed, The Barnes & Noble Review, Poets & Writers, The Boston Globe, and many other publications. She teaches creative nonfiction for The Sackett Street Writers' Workshop and Catapult and is the founder of the Red Ink series.

Nicole Lamy is a writer and critic and the Match Book columnist for the New York Times. She is the former books editor of the Boston Globe.

Carlos Lozada is the nonfiction book critic of The Washington Post and an adjunct professor of journalism with the University of Notre Dame. At the Post he has also overseen coverage of economics, national security, and the Sunday Outlook opinion section. Previously, he was managing editor of Foreign Policy magazine. In 2016 he received the National Book Critics Circle’s Nona Balakian Citation for Excellence in Reviewing.

Bethanne Patrick is a writer, journalist, critic, and author, best known online as “The Book Maven” and the creator of the popular #FridayReads social-media meme, once nominated for a Mashable Award. Her book reviews appear regularly in The Washington Post and on NPR Books, and have also been published in O the Oprah Magazine, The Minneapolis Star-Tribune, and on AOL, where she was the Books Editor for three years. Patrick is the author of An Uncommon History of Common Things (with John Thompson), An Uncommon History of Common Courtesy, and editor of the recent anthology The Books That Changed My Life: 100 Reflections from Authors, Artists, Musicians, and Other Remarkable People. Her essays have appeared in VQR Online, Club Mid, Elle.com, and more, while her book lists and author interviews appear weekly at The Literary Hub, where she is a contributing editor. She is a member of The Authors Guild and a board member of The National Book Critics Circle. Patrick is a graduate of Smith College and holds a master's in English from The University of Virginia.

Please join us in New York or on Facebook, Twitter, @bookcritics & Instagram (bookscritics), and take part in our lively discussions and posts about criticism and literature!