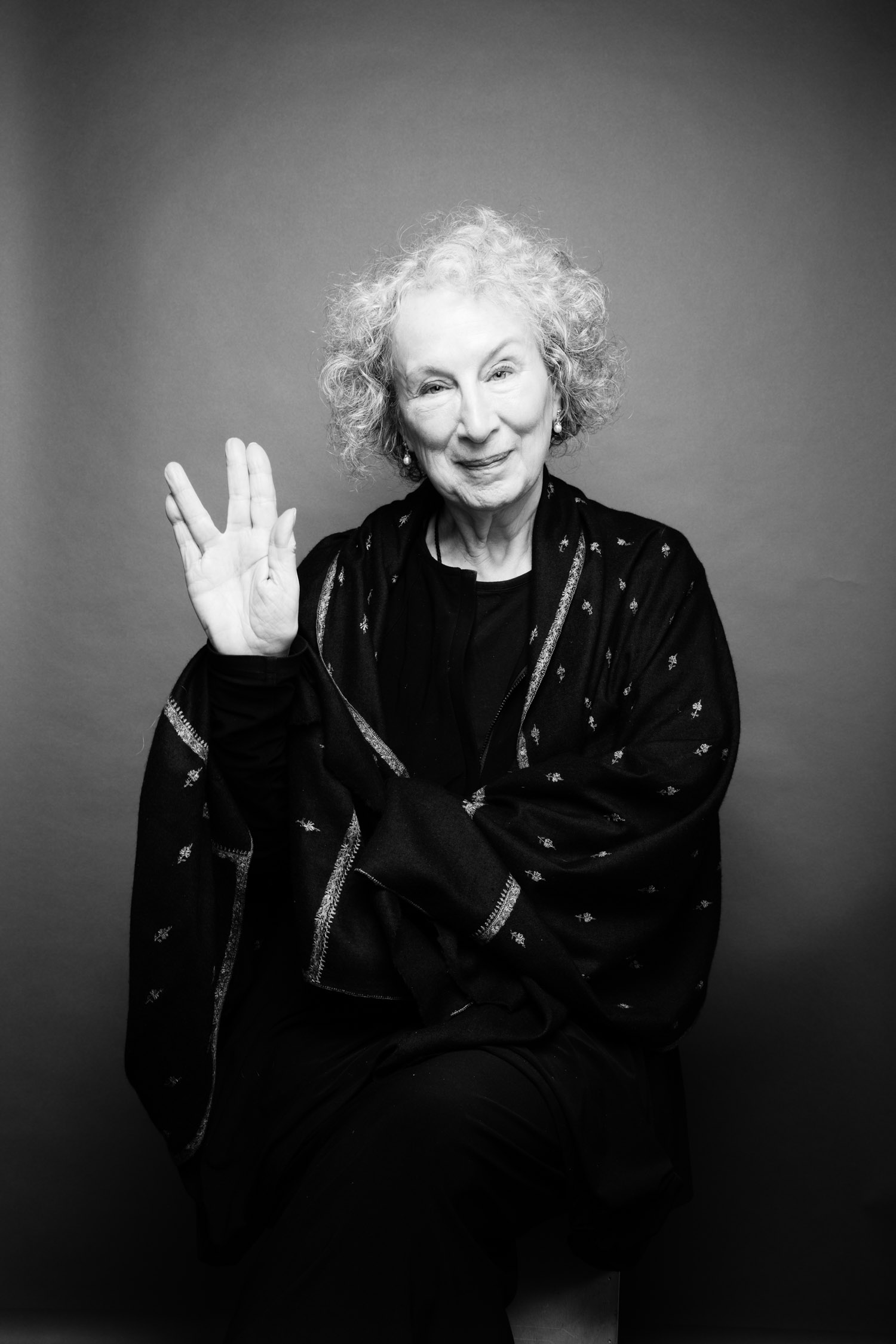 I am deeply honoured to have been given the National Book Critics Circle Ivan Sandrof Lifetime Achievement Award. You have placed me  among some very august names indeed, and I am somewhat in awe.

I would also like to say how important it is that you  — as book critics – are doing what you do. I’m an author of fiction and poetry, true, but I have also put in some time as a book critic, and I have to say it’s about the hardest thing I’ve ever done as a writer. A review of another author’s work carries a heavy responsibility, because you can’t – unfortunately – just make stuff up. Fiction’s task is to be plausible, but criticism’s task is to be accurate in fact, generous in appraisal, and considered in judgment. A real book is at stake, with a real person attached at the other end – most of the time – and every author knows how much work and anxiety have gone into a book – any book.

Being Canadian – and therefore much given to the puncturing of balloons – I have sometimes had to tie my hands to the chair to avoid silly puns and bad-taste jokes at the author’s expense. It can be a struggle for me, and I haven’t always won it. Added to which, book criticism is a thankless task. Authors are sensitive beings; therefore, all positive adjectives applied to them will be forgotten, yet anything even faintly smacking of imperfection in their work will rankle until the end of time. “Accomplished?” one writer raged at me. “Don’t you know that “accomplished” is an insult?” (I didn’t know.)

Then there was that period in the early seventies – thus, early second-wave feminism — when I was given nothing but books by women to review. Why was this? Fear on the part of men that they would be reprimanded for not getting it right? Or the shoving-off upon one of the second sex works by others of this group that were considered not weighty enough? Who can tell?

But time passed, and I was allowed to review men once more. It helps if they’re dead – they can’t get back at you – but I’ve reviewed some living ones, too. Why do I attempt such a painful task? For the same reason I give blood: we must all do our part, because if nobody contributes to this worthy enterprise, then there won’t be any just when it is most needed. Blood, or book reviews. Or both, in the same package.

And right now, what you do as critics is sorely needed. Never has American democracy felt so challenged. Never have there been so many attempts—from so many sides of the political spectrum – to shout down the voices of others, to obfuscate and confuse, to twist and manipulate, and to vilify reliable and trusted publications. A dictatorship aims for three things in order to consolidate its power: first, to erase the independent judiciary and its law enforcement agencies; second, to control the army, which ought to be defending the people, and make it instead an arm of the dictatorship; and third, to shut down independent media outlets and thus mute all opinions but its own.

As independent critics, you are part of the barrier standing between authoritarian control and a pluralistic and open democracy. That barrier is always fragile, but at some times more than at others. Keep at your craft and sometimes sullen art, to misquote Dylan Thomas, Persist, despite the hazards. Readers everywhere will be grateful to you. Well, not everywhere – because there are still places on this planet where to be caught reading you – or even me – would incur a severe penalty. I hope there will soon be fewer such places. (Though don’t hold your breath.)

But I will cherish this Lifetime Achievement award from you – though, like all sublunar blessings, it is a mixed one. Why do I only get one lifetime? Where did the lifetime go?

Margaret Atwood is a poet, novelist, story writer, essayist, and environmental activist. She is the author of some 16 novels, eight collections of short stories, eight children’s books, 17 volumes of poetry, 10 collections of nonfiction, as well as small press editions, television and radio scripts, plays, recordings, and editions. Her lifetime contribution to letters and book culture include groundbreaking fiction, environmental and feminist activism, and service to community as a co-founder of the Writers’ Trust of Canada.