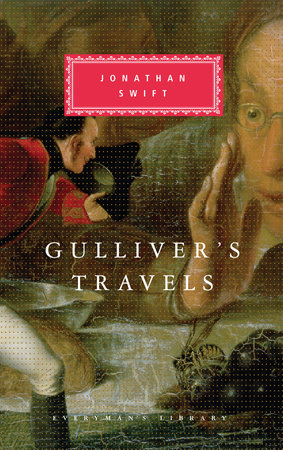 Gulliver’s Travels cannot rightly be called “a book on the theme of resistance,” for it was itself an act of resistance — a political satire published anonymously at a time when sedition was punishable by torture and execution. In the days since the election, thinking of Swift’s masterpiece has brought me an astringent kind of psychological comfort — not so much cheer as a kind of  grim pleasure. England in 1726 was wracked by extraordinary violence and unrest — the country was only six years removed from a ruinous financial panic, and was under the heel of a war-mongering, dangerously unstable ruler of questionable mental facility, surrounded by ruthless, manipulative men.  At any rate, for me the scene that comes most immediately to mind is the famous passage wherein the royal palace catches on fire and Gulliver, thinking quickly, acts to put it out in the most immediate way imaginable: by urinating on it. It seems aptly suited to our time.

Michael Lindgren is a freelance writer and musician whose reviews appear in the Washington Post, among other places. He lives in Jersey City, New Jersey.