In the days leading up to the March 17 announcement of the 2015 NBCC award winners, Critical Mass highlights the thirty finalists. Today, NBCC board member Jane Ciabattari offers an appreciation of fiction finalist Anthony Marra's The Tsar of Love and Techno (Hogarth Press). 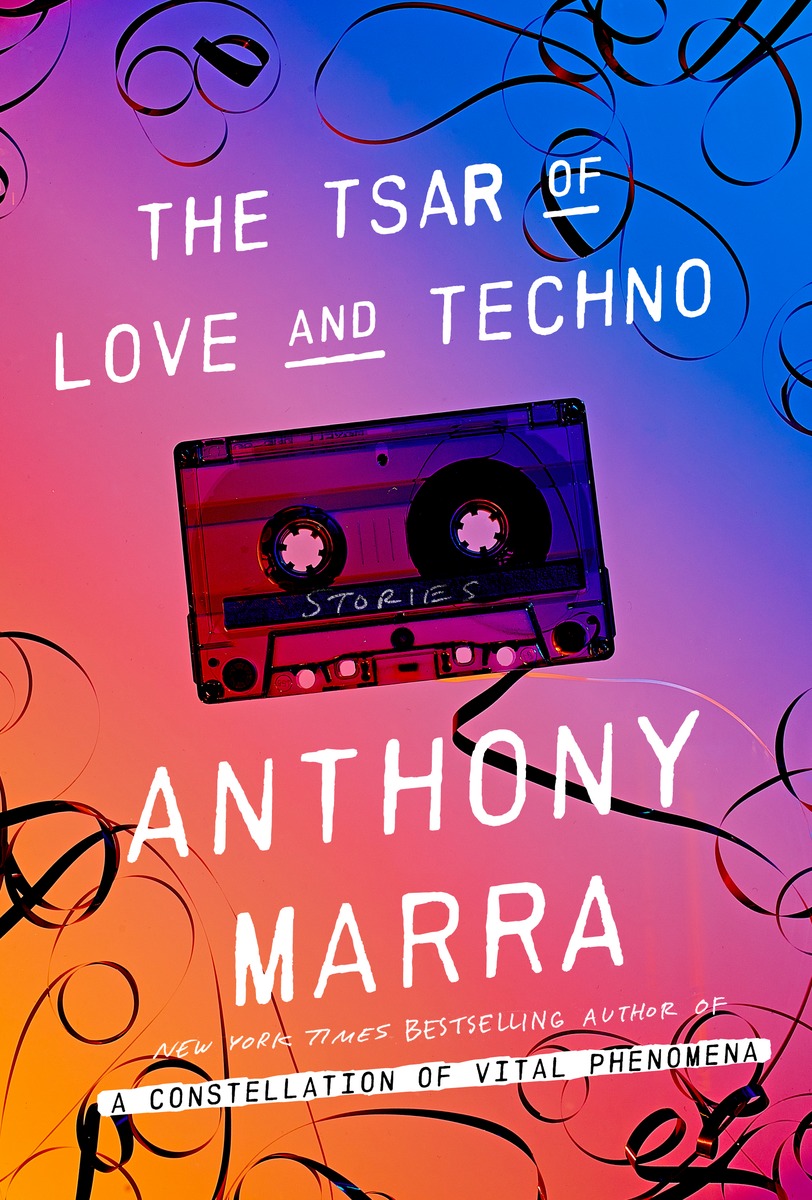 The image that connects the stories over 75 years from the 1930s into the space age is a 19th-century Chechen landscape painting.  Its serenity is ironic as the first story unfolds in Leningrad. Roman Mikhailovich Markin, a Soviet censor tasked with obliterating dissidents from artwork, covertly adds his brother’s image to the landscape. When he’s charged with removing the image of a Kirov Ballet prima ballerina from a photograph, he leaves her hand floating mysteriously in the air–
“where it is, where it should be, right there, a single hand waving for help, waving good-bye, applauding no one.” His punishment is swift.

Marra’s narrative is both realistic and evocative, bringing back both the censor and his brother, as well as representatives of so many others who were erased from history.  There are stories about that prima ballerina, and the unfortunate residents of the Siberian prison camp where she is exiled, which later becomes the carcinogenic city of Kirovsk, named after a Bolshevik on Stalin’s hit list. Marra writes of the ballerina’s granddaughter Galina, who becomes Miss Siberia and marries one of Russia’s wealthiest oligarchs. He writes of a doctoral student who visits the dacha depicted in the landscape in 2013 while researching the censor who falsified images. At one point the landscape was mined, we learn.  ‘The End,” Marra’s last tale, in which Galina’s childhood boyfriend Kolya becomes a cosmonaut, is dated “Outer Space, Year Unknown.”  It begins like this:

The explosion: a cataract of golden heat, a sudden, rising weightlessness. The dacha, stone fence, the well I lived in, the carefully tended garden, they all fall away as I am peeled from the surface of the planet. Little dill seeds scatter from my palm, constellating the sky.

Through the capsule's stern portal, the sun is a coppery wink. But it is no longer the sun, only one start dissolving by degree into the gauzy sweep of the Milky Way, for the moment still polished brighter than the others.

The cosmonaut carries into space a cassette marked For Kolya. In Case of Emergency. Two beloved voices. He rewinds over and over, until there is nothing left. “I am dying. You have waited for me past the orbits of Mars and Jupiter, past each of Saturn's rings. It's ridiculous, so stupid, I know, to cross the entire solar system just to hear you and Galina butcher Tchaikovsky. If ever there was an utterance of perfect, it is this. If God has a voice, it is ours.”

The wonder of The Tsar of Love and Techno is that Marra is not simply artful. His spacious imagination encompasses the abrupt endings and fabrications and tainted renewals–“When the KGB man won the presidency in 2000 we celebrated.”– over decades in a country rife with conflict and contradiction. Each story gives us an authentic set of characters whose lives intersect in idiosyncratic,  sometimes comic ways. And each connects with the others, often through art, that Chechen landscape, and always through the mysterious power of fiction to move us.

Jane Ciabattari writes the Between the Lines column for BBC.com, a weekly column for The Lit Hub, and contributes regularly to NPR.org, the Boston Globe and others. She is VP/Online and a former president of the National Book Critics Circle, serves on the advisory board of The Story Prize and is a member of the San Francisco Writers Grotto. Her articles and book reviews have appeared in the New York Times Book Review, the Guardian, Bookforum, Salon, the Daily Beast, the Paris Review Daily, the Los Angeles Times, the Washington Post, the San Francisco Chronicle, and the Chicago Tribune, among others. She is the author of two story collections, Stealing the Fire (Dzanc Books, 2013) and California Tales (Shebooks 2014). She can be found on Twitter @janeciab.