In the days leading up to the March 17 announcement of the 2015 NBCC award winners, Critical Mass highlights the thirty finalists. Today, NBCC board member Karen Long on autobiography finalist Elizabeth Alexander's The Light of the World (Grand Central Publishing). 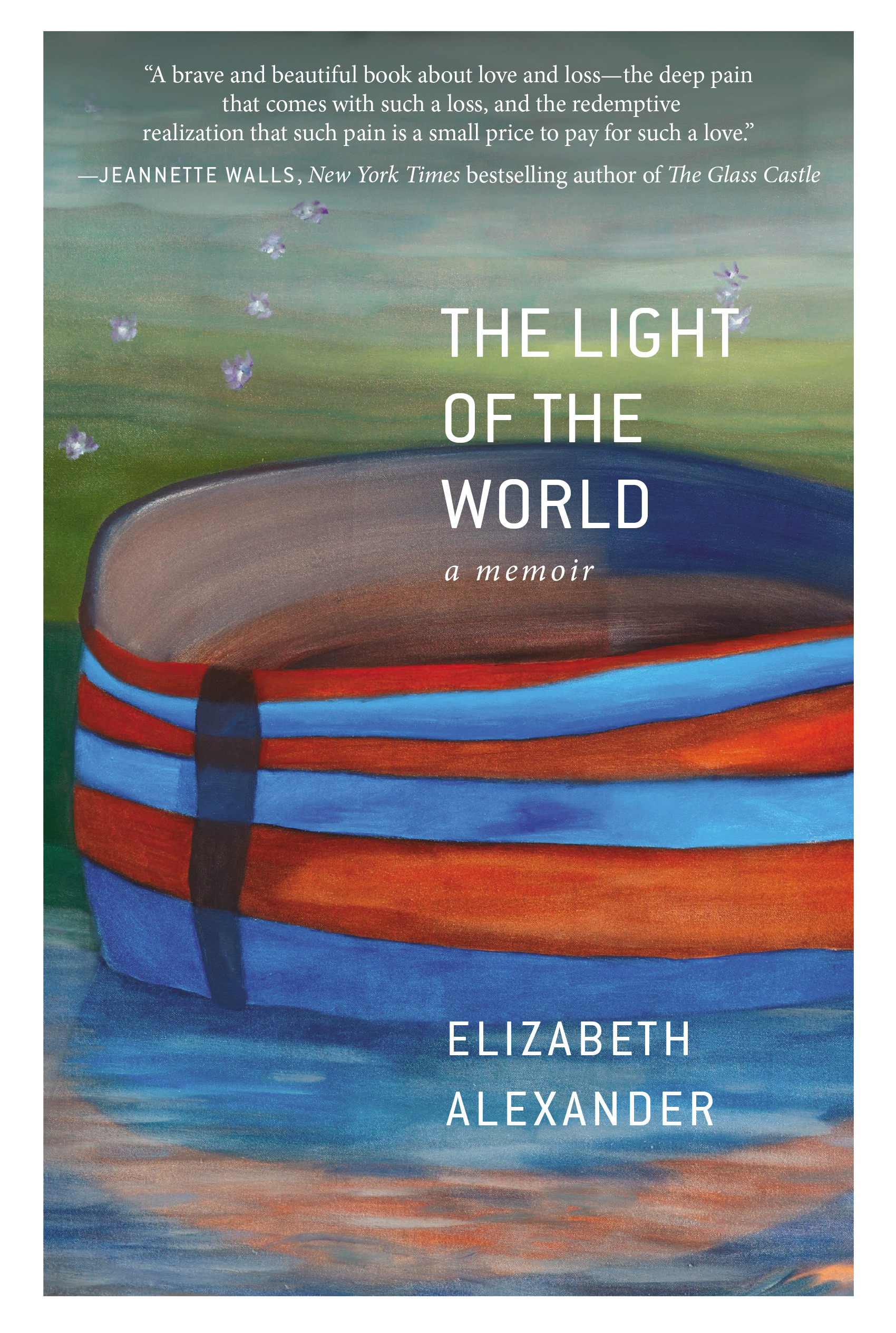 One of the best books of 2015 unfurls under a title that is difficult to remember.  And one of the most moving testimonials to married life written in this millennia won’t do as a wedding present.

The Light of the World explains its name in a triple epigraph — a phrase plucked from the poetry of Derek Walcott, which is also a permutation in the work of Lucille Clifton and the gist of two short sentences from the Gospel of Thomas.

Poet Elizabeth Alexander wastes nary a word in this incandescent mediation on her life with a husband of 16 years, while simultaneously she fathoms his unexpected death from heart failure – just four days after his surprise 50th birthday party in their Connecticut home. (“Everyone gathers in the library, rustling and giggling, until we hear Ficre’s key in the door. Surprise! His face wide open with joy as he goes to each one of us, You, and You, and You! We laugh, we talk, we eat, and we dance.”)

At first blush, these recollections seem quotidian, but their power accrues as Alexander draws us into a specific, recognizable portrait of domestic happiness. How rare to find it so fiercely and finely drawn. She takes a poet’s deep pleasure in noticing and naming, letting us see the objects and gestures from which an intimate life is built.

“The story seems to begin with catastrophe but in fact began earlier and is not a tragedy but rather a love story,” Alexander writes in the opening sentence. “Perhaps tragedies are only tragedies in the presence of love.”

The story is both ancient and riveting. It turns on the improbable intersection of Ficre Ghebreyesus – pronounced FEE-kray Geb-reh-YESS-oos – an Eritrean who walked out of his war-torn homeland  alone at age 16 – and Alexander, the daughter of African-American gentry, who wrote and read Praise Song for the Day at the inauguration of Barack Obama in 2009.

Ghebreyesus, a chef and a fine arts painter, “spoke seven living languages well – Tigrinya, Amharic, Italian, English, Arabic, German, and Spanish,” Alexander writes. “He could say hello and thank you in literally dozens of other languages . . . and was teaching himself Mandarin Chinese and French. His language acquisition was an emblem of the politics of colonialism and exile . . . Spanish came from long years of restaurant work, communicating intimately with the people he worked with in his kitchens. But his relationship to language also said everything about his respect for others . . . and his constant curiosity to learn and then amalgamate different ways of thinking and being in the world.”

In this way Alexander kindles in the reader a wistful desire to have known her beloved. She shares his coveted recipes – Shrimp Barka; Spicy Red Lentil & Tomato Curry – she breaks our reader-ly reserve as she describes his ways with their two sons, his predilection for wearing pink, his bald head: “We three loved his head, and caressed it. We were the keepers and protectors of his dear brown head. We loved him with our hands on his head.”

In the repetition, and the simplicity of these words, we get a tactile sense of the intimate, and all that is mourned. Death is guaranteed, but it shocks us every time.

So how did Alexander and Ghebreyesus intersect?  He owned a restaurant with his brothers in New Haven, and rented a separate space in which to paint. One day, he glimpsed Alexander inside a coffee shop reading.  He went inside and spoke to her. In English.

“What are the odds, we used to say, what are the odds that we would end up in the same place and fall in love?” Alexander writes near the end. “Once upon a time, halfway around the world, two women were pregnant at the very same time in very different places, and their children grew up and found each other.

“It happens every day.”

Karen R. Long manages the Anisfield-Wolf Book Awards for the Cleveland Foundation. She is the former book editor of the Cleveland The Plain Dealer. In 2002, the Associated Press named her the best feature writer in Ohio, and in 2006 she won the University of Missouri Lifestyle Journalism award for best magazine profile