In the days leading up to the March 17 announcement of the 2015 NBCC award winners, Critical Mass highlights the thirty finalists. Today, NBCC board member Leigh Newman on autobiography finalist Margo Jefferson's “Negroland” (Pantheon). 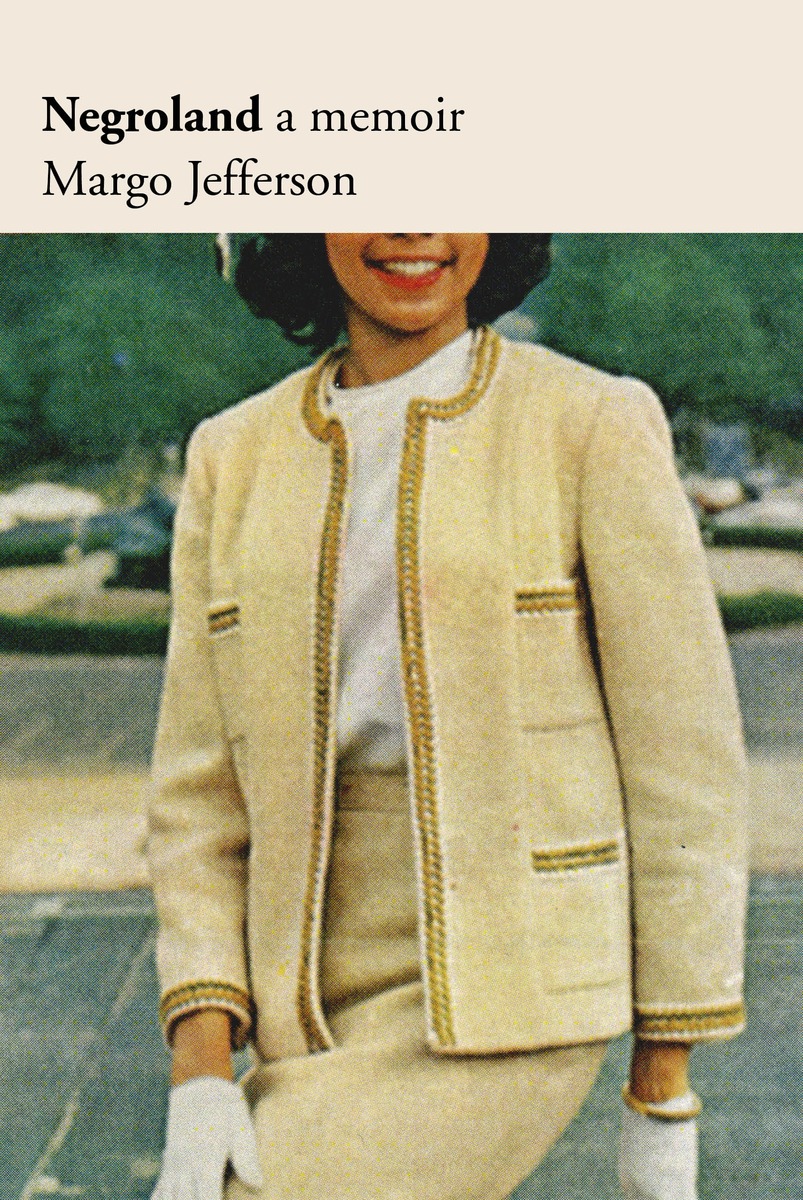 “Negroland is my name for small region of Negro America where residents were sheltered by a certain amount of privilege and plenty,” writes Margo Jefferson in the opening of her elegant, genre-shattering memoir. “I call it Negroland because I still find  'Negro' a word of wonders, glorious and terrible.” Growing up in the late 1940s and 50s, young Jefferson is surrounded by every sort of material comfort: sailboats and ballet lessons, private clubs, private schools, sleepaway camps, and vacations in the Caribbean. Her family moves from one privileged-yet-segregated enclave of Chicago black elite to the next, their geography directed by her father's growing success as doctor, until they arrive in almost entirely white Hyde Park-Kenwood, where low-income Negros are discouraged from remaining and small numbers of upper-middle-class Negros are permitted as “a model of socially stable integration.”

Jefferson is taught to be impeccable in every art form, be it social niceties, intellectual achievement, or the cutthroat blonde rigors of the cheerleading squad. She is to distinguish herself “through presentation, not declaration, to excel through deeds and manners” and to serve as a example for other non-Negroland Negros who “showed off the wrong things: their loud voices, their brash and garish ways, their gift for popular music and dance, for sports rather than the humanities and sciences.” She is to live with the crushing understanding that citizens of Negroland “were better than the whites who looked down on us—that we were better than most whites, period. But that this would rarely if ever be acknowledged by white people” To act in any way contrary to these teachings, she writes, “could put you, your parents and people at risk.”

Her struggles to survive the relentless bigotry of her childhood, which includes being cast as the maid in school plays and left uninvited to whites-only birthday parties, and her simultaneous efforts to uphold the veneer of Negroland perfection—to hot-comb and oil her “bushy” hair—result in a woman who feels she will never be black enough, white enough, or “Negroland” enough. The pressure this conflict exerts results in academic and social excellence— and private despair.

All this is plenty of material for a traditional memoir—by which I mean one that focuses, for the most part, on the narrator's personal experience. Jefferson will draw you into a scene, rich in every kind of detail, from the light glinting off the ice in the cocktails to the shimmer of the mothers' evening dresses. But what makes the book so compelling is how it moves beyond the author's life, seamlessly interweaving critical examinations that make you stop, sometimes mid-page, and wonder how we got here—into an examination of Little Women, or a list of African-American hair types, or a short biography of Charlotte Forten, the free black woman who taught at white and black elementary schools in 1860—and how that examination informs the larger points Jefferson is making about race, gender, and class in America.

This book is as much an artistic tour-de-force as an intellectual one. Jefferson is a risk taker, a composer of sentences. She'll refer herself in the first person, the second person, and sometimes will even pull out to describe herself from an omniscient perspective, showing the reader how she thinks the world might see her—all in the space of few pages. These swerves in perspective—from the intensely intimate to the distant—reflect the ambiguities of her identity. She is warm. She is cold. She is with you. She is far, far away from you. What results is a book that's cerebral and heartfelt, personal and political, and always formally inventive.

Review by Tracy K. Smith in The New York Times.

Review by Rebecca Carroll in The Los Angeles Times.

Review by Roxane Gay on Oprah.com.

Review by NBCC board member Colette Bancroft in the Tampa Bay Times.

Leigh Newman is the author of the memoir Still Points North (The Dial Press, 2013) and the Books Editor at Oprah.com. She teaches in the M.F.A program at Sarah Lawrence College