In the days leading up to the March 17 announcement of the 2015 NBCC award winners, Critical Mass highlights the thirty finalists.Today, NBCC board member Katherine A. Powers offers an appreciation of biography finalist T.J. Stiles' “Custer's Trials: A Life on the Frontier of a New America” (Knopf). 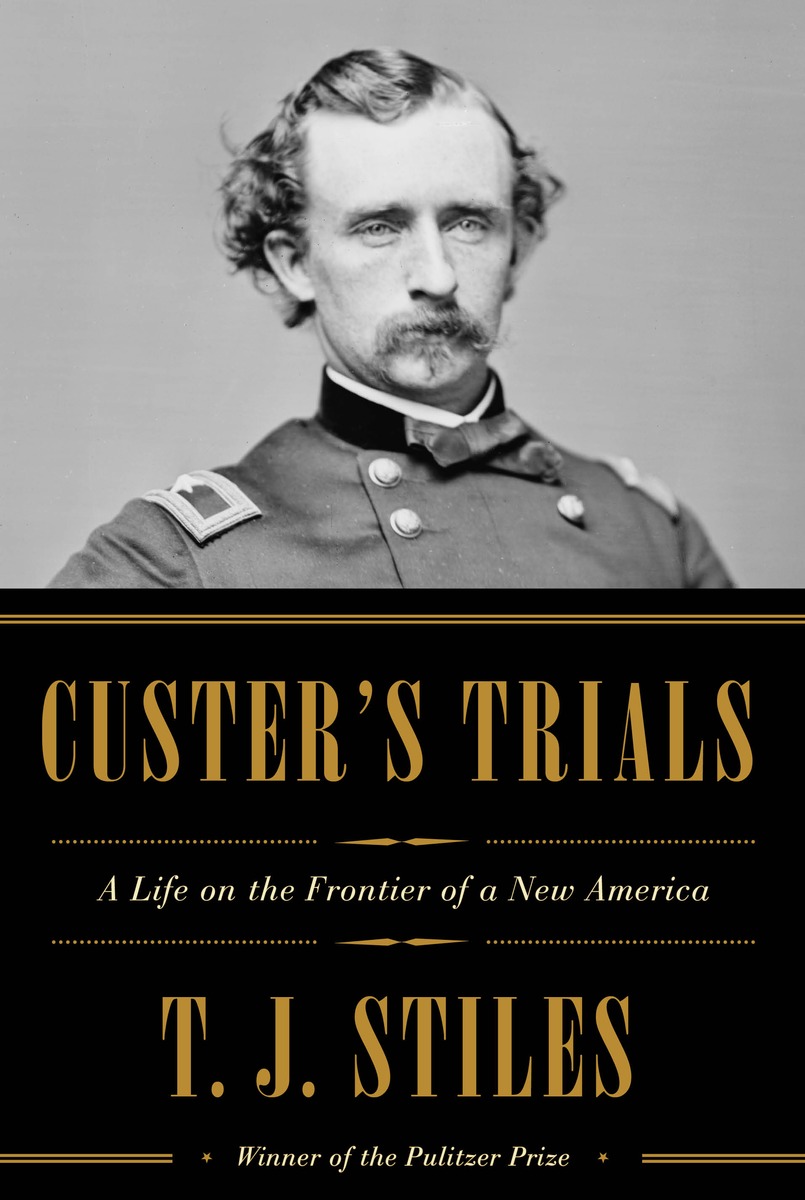 T.J. Stiles, whose last book, “The First Tycoon: The Epic Life of Cornelius Vanderbilt” won both a National Book Award and a Pulitzer Prize, now takes on George Armstrong Custer in “Custer's Trials: A Life on the Frontier of a New America.” Setting this work apart from its countless predecessors is Stiles's consigning the Battle of the Little Bighorn to a bit part in an epilogue. Unlike previous biographers of America's Golden Cavalier, he devotes almost half his book to Custer's Civil War, in both its military and political aspects. He also emphasizes the crucial roles played by women in the man's career, most especially by Libbie, his wife and political handler, and his African-American servant and de facto quartermaster, Eliza Brown.

Custer prided himself on his luck and with good reason—initially: A year into the Civil War, he attracted the attention of General George McClellan, whose dashing style and anti-Lincoln views he shared. Thanks to this connection, Custer ascended from second lieutenant in the U.S. Cavalry to brigadier general in the U.S. Volunteers, a rise also assisted by his wife’s tireless lobbying of powerful politicians in Washington. This does not take away from the battlefield prowess of the young man they called “Fanny” at West Point (where he finished last in his class and first in demerits). Custer was an extraordinarily gifted fighter, impromptu tactician, and leader of men—though he did have a propensity to shoot his own horses.

Stiles is a master at showing character, and in Custer we find, in addition to the exceptional cavalry commander, a striver who scrambled for celebrity and wealth, exulted in the company of the great, and lapped up the sophisticated pleasures and rich splendor of New York. Here, too, is a womanizer, horse thief, gambler, backstabber, martinet, propagandist, trimmer, and deep-dyed racist.

After the war, Custer’s bad traits began to predominate. He mistreated his men, abandoning some, and was brought before a court-martial (his second). His activities also included a bootless partnership in a Colorado silver mine and disastrous speculation in the stock market. He vocally supported President Johnson and his attack on black civil rights and, later, conspired against President Grant, “openly intriguing with the political opposition…to help a party dedicated to restoring white supremacy.”

Stiles gives as a wonderful description of Custer in 1867, now assigned to subduing the Indians on the Great Plains. He is “dressed in full frontier style: buckskin suit, twin revolvers belted at his waist (butts forward, as Wild Bill wore them), knee-high moccasins fringed along the calves, along with his usual long hair and low-crowned, wide-brimmed hat. The outfit highlighted his failures as a plainsman. He repeatedly lost Indian trails, shot his own horse twice again that year, and mistook an elk herd for the enemy.” He blundered at the Little Bighorn, but, according to Stiles, the battle was not lost by a reckless, incompetent Custer so much as it was won by the superior force of the Lakota Sioux, then at the apex of their power, in combination with the Northern Cheyenne.

Katherine A. Powers is a freelance critic and the recipient of the 2013 Nona Balakian Citation for Excellence in Reviewing. She is the editor of “Suitable Accommodations: An Autobiographical Story of Family Life: The Letters of J.F. Powers, 1942-1963” (FSG, 2013).