This is the twentieth in Critical Mass's new Second Thoughts series, curated by Daniel Akst. More about this series, and how to submit, here. 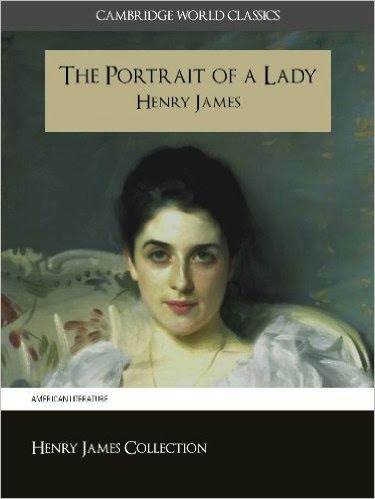 It was love-at-first read for me with Henry James’ The Portrait of a Lady nearly 20 years ago.  I recall the novel’s grip on my attention, so intense that instead of hitting the bars on Saturday night with my best girlfriend I stayed in, content to spend the evening with Isabel Archer sunk into the cheap, green loveseat of my Washington, D.C. studio apartment.  Isabel resonated with me.  James’ distinctive style registers the accrual of each new impression upon his heroine along with the corresponding subtle shifts in her thoughts, and because Isabel felt perfectly scrutable to me it seemed apparent that Isabel and I had things in common.

I had despaired the smallness of my upbringing in a tiny farming community, and when I escaped this limited world as a young adult I, like Isabel, felt an urgency to experience life. I was impatient to fully exploit every new opportunity to meet interesting people, travel, and become sophisticated.  I also felt an affinity for Isabel’s desire to contradict others’ expectations of her and to distinguish her unconventionality by doing something noble.  A similar impulse had drawn me to a career as an international lawyer, a vocation unorthodox to friends and family back home and one in which I believed that I would, in some small way, make the world better.  For Isabel her objective finds its target in her selection of a husband.  And, although it is soon apparent that her marriage to Gilbert Osmond was a mistake, I believed that this outcome was brought about not by Isabel’s faulty intentions but rather because the recipient of her noblesse turns out to be so very underserving.

Then of course there were all of those things that I did not share with Isabel but that I jealously admired in her – beauty, persistent kindness, and an ability to captivate everyone she encounters, male and female alike.  Everyone Isabel meets wants to be near her and longs for her to reciprocate their admiration.  How could I, single and unable to find even one suitable guy to date, not feel envious of a woman who leaves a succession of worthy, but disappointed suitors in her wake?

On my second reading of The Portrait of a Lady last month, my view of Isabel changed. My naïve, younger self had romanticized her. Now much of what I considered ideal in her character felt contrived.  It seemed that James had overplayed Isabel’s enviable kindness and good graces, making them too absolute to exist outside the pages of a novel.  And again I recognized myself in Isabel, but this time it was her insecurities and vanities that felt familiar.

In the two decades between readings I had gained the self-awareness to recognize that certain of my decisions, like my chosen career, were motivated by wanting the admiration of others rather than what would give me personal satisfaction. I had grown disillusioned with my occupation.  The temporary gratification of my degrees and title failed to compensate for the reality that my work had no positive impact on anyone outside of my office, and the frustration of feeling that my work did not matter.

Now I could recognize this same mistake in Isabel’s decision to marry Gilbert. She seizes upon Gilbert’s marriage proposal as an opportunity to contradict friends’ and family’s presumption that any match she makes will be brilliant. Instead she delivers her considerable wealth to the much older, fusty Gilbert for the sole purpose of facilitating his dilettantish endeavors. Isabel believes her self-sacrifice is ennobling, but beneath the patina of her beneficence simmers a longing to be thought of as refined and an insecurity that she is not.  She is blind to the hypocrisy that her decision to buck convention by marrying Gilbert is actually an attempt to earn the praise of her milieu. Isabel’s regrettable self-deception resulted in a miserable marriage, mine in a disappointing career. Henry James understood that a happy life requires the ability to identify what will bring you contentment and the fortitude to align your life’s decisions accordingly – a skill that should be simple, but for most of us is learned only the hard way.