This is the thirteenth in Critical Mass's new Second Thoughts series, curated by Daniel Akst. More about this series, and how to submit, here. 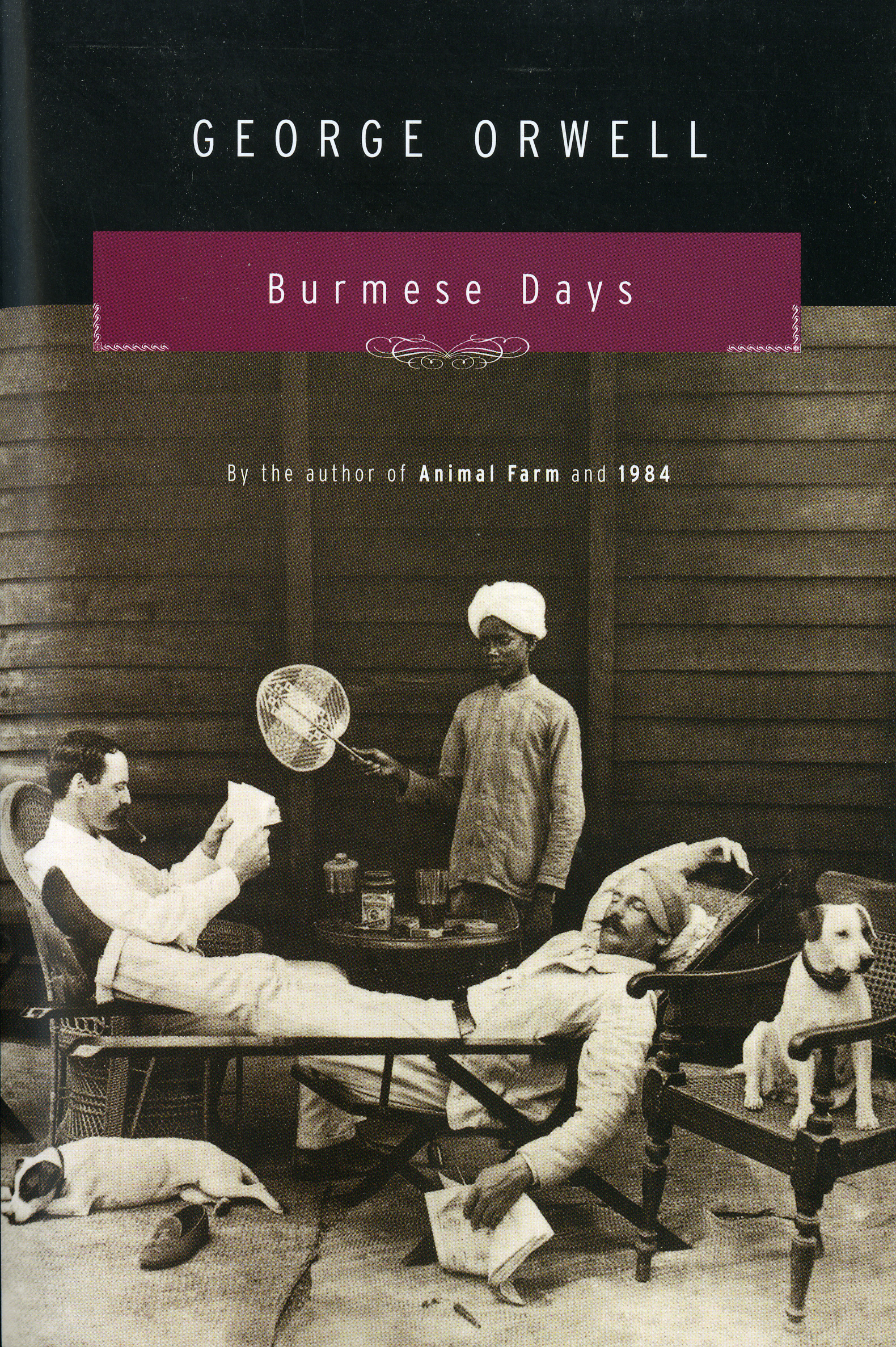 I wasn’t looking for George Orwell in Burma, but he was on my mind during the two weeks that I spent in what is now Myanmar this past summer. Given the very short shelf of good books on that country – travel and research were curtailed after the military coup of 1962 – Orwell’s Burmese Days, written in 1934, remains virtually unavoidable for the visitor.

Frankly, I wasn’t eager to reread it. I had last read Burmese Days more than 40 years ago, and remembered little of it beyond the sour impression of annoying people stuck in a boring enclave in the middle of a jungly nowhere. Back then, in 1970, I was knocking around Asia with a rucksack filled with books, a distaste for schedules, a masochistic penchant for third-class travel, and a newly discovered fascination with the vestiges of the British empire, whose ghostly beauty I found in overgrown graveyards, haphazardly maintained churches, and the swaggeringly eclectic architecture of crumbling public buildings whose decay mocked the triumphal self-confidence of imperial destiny. I’m not sure what I expected from Burmese Days, but it didn’t turn out to be the nostalgic paean to the glamour of bygone empire that I had hoped for.

In Orwell’s day, Burma was ruled from Calcutta, and thus for all practical purposes was a part of British India. He served there, mostly unhappily, as a policeman in the 1920s, and never returned. Emma Larkin’s lively and trenchant 2006 travel narrative Finding George Orwell in Burma relieved me of any desire to track his faint footsteps through the posts where he served before he departed Burma with nary a look back in 1927.

In my most recent encounter with Orwell’s novel, I discovered that my memory of Burmese Days wasn’t entirely off the mark in that it told me almost nothing about Burma. Though it hews to the novelistic conventions of its day, it actually has more in common with the fictionalized racial polemics of James Baldwin and the V.S. Naipaul of Guerrillas and A Bend in the River than with, say, the gently ironic sensibility of Somerset Maugham, who explored much of the same colonial territory around the same time. All the action of Burmese Days takes place in a remote upcountry outpost inhabited by a small circle of English steeped in conceit, hypocrisy, and a deep-dyed racism that regards native Burmese with unalloyed and undisguised contempt, when it regards them at all. The claustrophobic lives of the English center on drinking, card playing, and gossip; their intellectual pursuits extend only to strategies for keeping natives out of their whites-only club, in defiance of the new, cautiously liberal policy of the distant colonial government in Rangoon.

The unfolding of the plot is like watching an accident take place in slow motion, one so riveting that you can’t take your eyes away from the mangled bodies and the blood. The protagonist, Flory, the manager of a lumber operation, is a sensitive soul barely able to endure his interment among compatriots who are all but embalmed in alcohol. He falls hard for the newly-arrived Elizabeth, a stupid and conventional young woman who has but one outstanding virtue: she is white, in a world where crossing the color line for anything beyond simple sexual release is inconceivable. Determined to marry her, Flory callously discards his Burmese mistress, a rash act that ultimately makes him the unknowing pawn of a Machiavellian Burmese magistrate who advances himself by exploiting the ignorance of his colonial masters. We see long before Flory does that things will end badly. He will lose the faithless Elizabeth, see his reputation ruined, and put a bullet in his head. There’s plenty more ruination to go around, but that’s the gist of it. There is no mercy for the well-meaning; only the venal triumph.

So, is that all there is to Burmese Days – a cruel book about a soul-crushing colonial world that deserved to die? Was that all there was to the colonial enterprise for which so many Englishmen labored? (So many died so young; their overgrown graves testify to their truncated lives in churchyards from Peshawar to Moulmein.) The very word “colonialism” is so stained with opprobrium that it seems risky to even suggest that there was anything redeeming about it. The vast network of Indian railways? Parliamentary institutions? The English language? It seems equally daring to suggest that the lives lived by the perpetrators of the colonial experience might be as worthy of attention and sympathy as those of its “victims” – another fraught word that prejudices the argument.

Many years ago in Chennai, then called Madras, I was in a bank trying to negotiate a money transfer, a laborious process in those days. Nearby was a small elderly woman. Her skin was almost translucently white. She wore a sun bonnet and a print dress of antique design. She was obviously one of the very few surviving English who had stayed on after Indian independence. The bank’s staff were smilingly polite to her, but paid her no mind as she genteelly harped on some long ago transaction. Finally, in visible frustration, she raised her eyes, presumably to the heavens rather than to the fan lazily turning overhead. “Come down from there, Queen Mother!” she cried. “Please come down. I’ve done my part here all these years. Now please come down and do yours!”

She may have been demented, but I saw in her the poignant embodiment of a people who were at least as complicated, strange, and tragic as those who are favored today by most right-thinking writers on the post-colonial world. Perhaps I have no business faulting Orwell for failing to capture the vulnerability and fragile dignity of European lives lived out under difficult conditions in the service of a cause whose ideals and dreams have been discarded, leaving only a record of greed and oppression.

But now I wonder–did he really fail to capture that fragile dignity? He had utterly no interest in the bombast of imperial grandeur, or its aesthetically seductive trappings. Yet in Flory he gave us, after all, a decent if fatally compromised man, trapped in a system he couldn’t escape. And if Burmese Days is of little use to the traveler bound for Myanmar, where Orwell’s world has so thoroughly vanished that even its name has changed, the book remains of greater interest to connoisseurs of tragedy.

Ultimately aren’t we all trapped – like Flory, or the old woman in the bank in Chennai – within the walls of our lives, by our place in history, by our shames and shortcomings, by our fear of mediocrity or the proof of it, and finally, by the worry that the small boat that is our life may be moving toward no destination but the most frightening one of all?

Fergus M. Bordewich is the author of several books, including America's Great Debate: Henry Clay, Stephen A. Douglas, and the Compromise that Preserved the Union (Simon & Schuster)