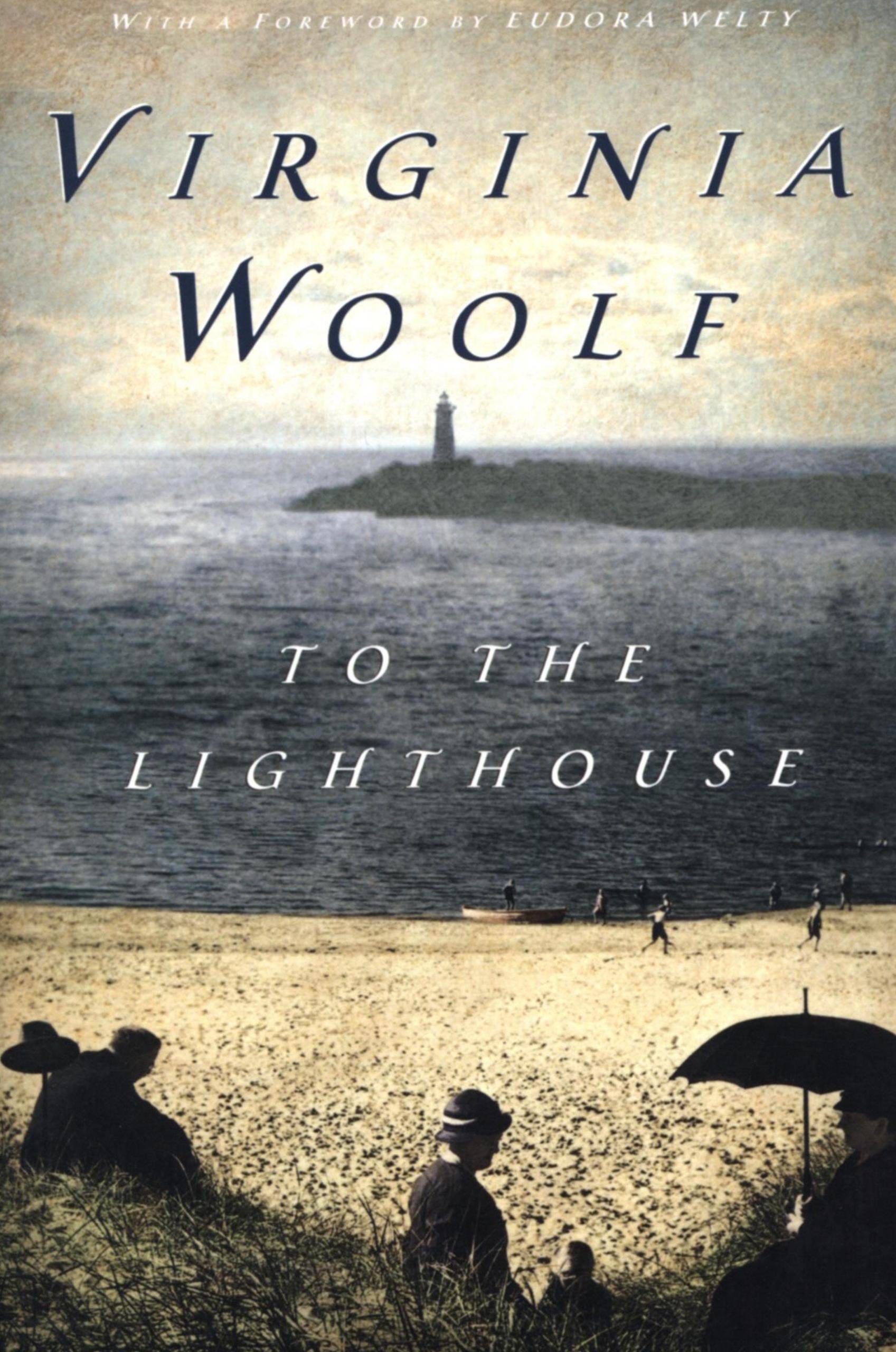 This is the fourth in Critical Mass's new Second Thoughts series, curated by Daniel Akst. More about this series, and how to submit, here.

Though most of these Second Thoughts pieces are about books read twice, my story is about a book I pontificated on at great length and under great duress in 1983 but did not actually read until 2015.

In May of 1983 I flew from New Orleans to New York to take the final exam of “Twentieth Century British Novel,” the last literature course in my graduate program in creative writing at Brooklyn College. I was also hand-delivering my thesis manuscript, a 200-page collection of short fiction and poetry bound in scarlet and titled BoyCrazy.

If I had been in class all semester like I was supposed to be, if my brain and then my body had not been hijacked to Louisiana by the force majeure that is love at first sight, a conscientious student like me would have been prepared. But the derailment of business as usual had begun that February when I drove with a bunch of friends down to Mardi Gras. Within the first half hour, I was sitting in the lap of a guy I had just met who would later become my first husband. I only lived in New York for another month or so after that, long enough to give notice at work and find someone to take my place in the apartment I shared. My professor, the experimental fiction writer Jonathan Baumbach, said that as long as I returned from New Orleans in May to take the exam, I could finish school by mail.

“Welcome back!” said Baumbach. “You ready for this?”

He ushered me into his windowless office in the English department, where a blue book, a sheet of questions and a couple of Bic pens were laid out on a table. Couldn't he see how ready I was? Black leather jacket, blue hair, smeared mascara; little Cupids flying around my head.

The question, as best I can reconstruct it, went something like this.

The fundamental question about Virginia Woolf's To The Lighthouse is, of course, why a lighthouse? And why go to it? What is role of the much-discussed, long-awaited journey to the lighthouse in the Ramsay family dynamic, in the tension between Mr. and Mrs. Ramsay? Do not merely summarize the plot.

There was no danger of my summarizing the plot as I had no idea what it was. I had not read this book, and everything I knew about it was what I had just learned from reading the question — like, the people were named Ramsay. I couldn't tell from the wording whether they ever actually got to the lighthouse or not. I was screwed.

Or maybe I wasn't. Maybe there was some way to fake the answer. Why a lighthouse, indeed. Phallic symbol, maybe? Totem of male authority? And the ocean it overlooks — a symbol of fertility, or femininity? Hence, the tension in the Ramsay marriage? Can one ever say that one has truly “reached the lighthouse?” I just kept my right hand moving across the paper as best I could. After several epochs, Baumbach returned to tell me time was up.

I should have confessed, but in the delusion of the moment I thought there was a possibility he wouldn't be able to tell I was a fraud.

Working on my thesis in a tiny second-floor studio on the corner of Royal and Ursulines had been a writer's fantasy. The red brick walls, the ironwork balcony overlooking the courtyard, a pile of bond paper on my desk curling, then beginning to deliquesce, in the humid, oyster-scented air. . . Tennessee Williams' French Quarter apartment was just a few blocks away and his juju swirled around me. In fact, my life, now thoroughly entangled with that of a bartender on Bourbon Street, featured all the histrionics and sexual confusion of a Williams play. The bartender, you see, was a former professional figure skater who had exclusively dated men until I came along, and his many ex-boyfriends seemed to lurk around every corner.

This was so long ago that I composed and retyped my stories and poems on a blue-and-white electric Smith-Corona typewriter. After correcting the pages by hand, I paid a professional typist to produce a clean copy for submission.

Out of the kindness of their hearts, my professors awarded me the degree of Master of Fine Arts in Creative Writing. As a condition, they made me swear to read To the Lighthouse. I promised, sure. But I wouldn't even own a copy for 34 years.

First I went back to New Orleans, to my Tennessee Williams life. It didn't last long, as we moved to Austin that fall. There I was visited by a long, lingering writer's block, possibly the result of bad karma, which finally ended when I became pregnant with my first child in 1987. Woolfian? I wouldn't know, because I continued not to read To The Lighthouse for decades. I was busy raising children, entertaining guests, tending to various houses and husbands. The only thing I ever read by Virginia Woolf was A Room of One’s Own, (which I don't remember very well anymore) and an essay called “The Death of the Moth” that is in one of the anthologies I use for the college classes I now teach, thanks to that MFA degree of mine.

To The Lighthouse would not let me go. It was referred to constantly in other books, books like Are You My Mother?, by Alison Bechdel, in which it is analyzed at length and in Lily King's Father of the Rain, in which it is mentioned in passing. From time to time, someone would suggest that I was a sort of Mrs. Ramsay. This fascinated me but, instead of asking what they meant and thus revealing that I had not read the book, I would smile enigmatically.

Last month, a friend of mine started talking about having to bluff his way through an oral exam in art history during his studies in Paris, Max Ernst being his Virginia Woolf. Another person confessed to faking Ulysses, a third Middlemarch. Since everybody was doing it, I told of my own flimflam, now more than three decades old. And suddenly decided the time had come to read the damn book. I ordered it from Amazon and read it on the beach during a vacation in Florida, surrounded by my children and their friends.

The timing was right. Though Mrs. Ramsay is a stunningly beautiful woman whose sheer physical attractiveness is part of her power over others (I fear this was not the aspect that inspired comparisons), by now there was so much else that felt familiar. Her raft of children, her troop of houseguests, her overstuffed dinner parties, and her funky house all rang a bell. But perhaps my greatest fascination with the book arose from the fact that she dies half-way through, in a devastating parenthesis, and the narrative goes on to imagine what happens after that, how the people, locations, and objects in her life go on after her absence.

This is an issue I am morbidly obsessed with, as a 57-year-old mother of three, one of them a young teenager, as a woman with her hand in many pots, as a busybody who can't resist the attempt to stage-manage the lives of those around her. And because these things happen. The man I was in love with when I took my test in 1983, the father of two of my children, has been dead since 1994.  Even if you don't commit suicide, as Virginia Woolf did 14 years after she published To The Lighthouse, the possibility of being whisked offstage in the midst of things is implacable.

And your world, so full of life and feeling, no longer yours, goes on. Your children have children, your children die, other people are in your house, you are remembered for better and worse and not at all. What I would have made of this in 1983, I can't imagine. But what I would say now, if I had to answer that exam question about the importance of the lighthouse, is that the lighthouse shows how things outlast us, how they stand apart from the shifting context of human lives and the spectrum of meanings ascribed to them. The lighthouse, once a magical destination we can never reach, becomes just another a dull place where we are dragged against our will.

I would say, though it begins so buoyantly, that in the end it's a very sad book. And after all these years of so pointedly ignoring it, I find I can't stop thinking about it.

Marion Winik reviews books for Newsday and Kirkus, though she would be happy to branch out if anyone's interested. She teaches in the MFA program at the University of Baltimore and is the author of First Comes Love, The Glen Rock Book of the Dead, and other books. Info at marionwinik.com.