Remarks on accepting the Nona Balakian Citation for Excellence in Reviewing: March 12, 2015 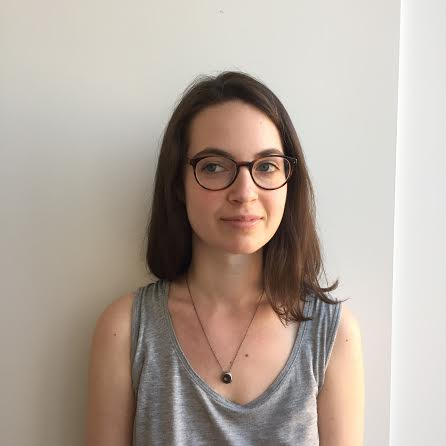 I was so relieved when I found out a few days ago that I’d be speaking early in the show and could get my adrenaline spike over with right away; and then I realized that my relief is really double, because I’m in the unusual position of knowing in advance that I’ll be standing up here; and then I realized that the whole situation—the reviewer holding forth while a group of writers sweat it out in their seats—mimics, perversely, what I’m up here for. Once again, the critic gets to think herself on sure ground while writers squirm—or, at least, she gets to pretend that she does.

I want to thank the board of the National Book Critics Circle, and, of course, the members of the Balakian committee. To be honored by a jury of your peers when your peers are judges for a living is a total thrill, on a par with seeing my name on the same page as Toni Morrison’s—the last place that happened was the title page of a paper for my tenth grade American lit class, which, not so incidentally, was also when I discovered the agony and the ecstasy of writing about books that really mattered to me. Being a critic is, for me, a way of learning, and to do that, you have to have the right teachers. On that count, I’m grateful to Henry Finder, at the New Yorker, for giving me a kind of training you can’t go to graduate school for, and to John Palattella, at the Nation, who, with extraordinary generosity, got me started in all of this, and has made sure to keep me on track ever since.

A word about that start. When I was an intern at the Nation, just after graduating from college, John learned that I was interested in fiction. He began passing me galleys of novels, and we would walk to Union Square Park to have a coffee and discuss them. I thought he was doing this to get some feedback about what the magazine should be reviewing, because I had never worked at a magazine before and didn’t stop to wonder why anyone would be asking me about that; and then it turned out that he was doing it to see what I should be reviewing. I wasn’t an expert in anything; certainly I wasn’t an expert in contemporary Russian literature, and so when I got my first assignment, to write about a translation of the Russian writer Ludmilla Petrushevskaya’s wonderfully twisted short stories, I immediately imagined a Russian professor, wearing a dark fur cape and drinking tea from a glass with a sugar cube stuck between his teeth, sitting down at his desk to write a letter to the magazine demanding that the hack who got Petrushevskaya wrong present her credentials and defend herself. It wasn’t really a question of whether this would happen as of how many cape-wearing professors there would be, and so I drew on a quality—a resource, a tool—that is very dear to me, and, I’d venture to say, very dear to most people who write reviews: arrogance.

I’m not talking about bloated, bitter arrogance, the kind that distends the ego and clouds judgment. There’s good arrogance, too, just like there’s good cholesterol: arrogance that bolsters you, that allows you to feel that your judgment might be sound, that it might—and this is when the reviewer’s mind starts warming up, starts humming—be even better than sound. You start to see the book’s true shape; you start to track the movement of the writer’s mind; you start to feel that you can glimpse the subtle intersection of the writer’s intention and the book’s effect, and I think that’s why so many of the metaphors I find myself using for writing criticism involve motion: wading deeper and deeper into a body of water, or walking forward on a floor, testing the strength of its boards. Where should you put pressure? What are the conceits, the ideas, that can hold real weight?

I like the floor metaphor especially, because it gives some sense of the next thing that happens. Just when you’ve convinced yourself of your own, profound rightness, that you understand the book and its author better than the author does herself, all this useful, constructive arrogance, this brash, motivating confidence, collapses, revealing a turmoil of doubt. The thing you’ve had in your grasp slips away. And that’s as it should be. If the reviewer has a surfeit of arrogance, she has nothing to learn. Too much doubt, and she has nothing to teach. It’s the exchange between them, the wrestling with knowing and not knowing, that makes this whole enterprise of criticism worthwhile, and necessary, and fun.

This is what the reviewers I love do for me: they offer a record of impressions and ideas, strong enough to make a serious case, flexible enough to allow someone else to make another. A book should be reviewed by many critics (and may the institutions that publish them increase and prosper), because a book is a multiple thing, as multiple as its number of readers. It’s going to change shape from being read, and from being written about. Sometimes it’s diminished. Sometimes it’s amplified. But it’s always changed.

I doubt that many authors like to think of themselves as feeling intimate with the people who review their work. But it’s the true privilege of the critic to sometimes experience a profound intimacy with the author she’s reviewing. How presumptuous! And how precious! This sense of closeness to someone else’s mind may be the crucial arrogance of reviewing, and the whole aim of the sport. Huge thanks to the authors in this room for allowing us to cozy up to you like that. And, on the subject of intimacy and learning, a final, deep tip of the hat to my parents, who always told me I was too critical. I’m so glad that they were right.