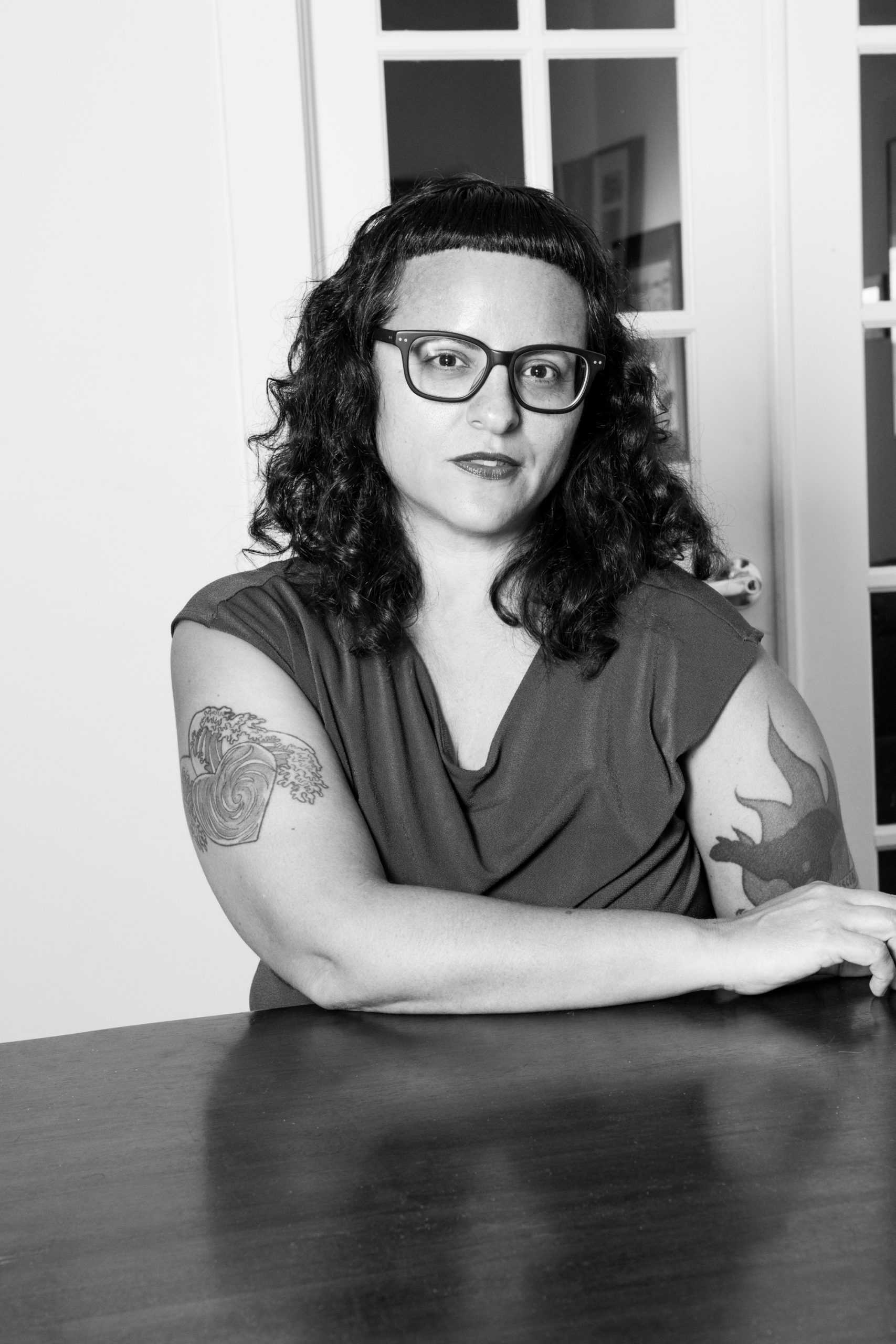 Wendy C. Ortiz is a writer born and raised in Los Angeles. She wrote a year-long, monthly column for McSweeney’s Internet Tendency, and her work has appeared in The New York Times, Vol. I Brooklyn, The Nervous Breakdown, The Rumpus, and other journals. She co-founded the Rhapsodomancy Reading Series, which she’s been curating and hosting since 2004.

One of the many challenges to writing a memoir is structuring it. Linearity doesn’t always work for the narrative, though it does serve Excavation well, but only because embedded within the story of the 5-year relationship (1986-1991) between an adolescent woman and a teacher 15 years her senior, there are glimpses (called “Notes on an Excavation”) which are flash-forwards to the narrator’s life in college, in a professional career, in the role of a mother, etc. It’s clear why the dominant thread covers the length of the relationship, but how did you decide what material to include in the “Notes,” which span a lengthier timeline in the narrator’s life? And what memoirs did you consult in terms of deciding this was the narrative structure and/or strategy that would work for yours?

The “Notes” came about in the last three years as I edited and played with the book’s structure. All previous drafts used a straight, chronological narrative structure, and it felt too one-dimensional that way. I began thinking of the chapters in my life that were specifically impacted by the relationship with my teacher and how I might encapsulate them into writing that would give the book more dimensionality, and to give the reader a glimpse into the narrator’s arc over time.

One memoir that is like the ultimate touchstone for me is Lidia Yuknavitch’s The Chronology of Water. It’s described as an “anti-memoir” and it does not follow the typical ways memoir is written. My book is by no means unconventional in structure but I wanted to represent the events much in the same way I tell myself the story, which is just not totally linear.

The “Notes” have a number of functions: they help the unsettling story “breathe,” they remind the reader that this young woman survived and thrived, and that there’s insight offered by the voice of experience looking back at her past. One “Note” declares: “My own composition was changed when I met and was taught by this man. He seeped into my existence. I smelled the danger and for many reasons, I wandered in.” It’s a powerful declaration because this memoir complicates the relationship, moves it away from the dynamic of abuse or molestation. It’s not easy to simplify this relationship, nor is it seeking summary or neat conclusion. In fact, it asks more questions than it answers. Did you struggle with how this portrait of a relationship was going to be perceived by readers, particularly by those who have been through a similar experience? Why was it important to trouble the “student/victim–teacher/victimizer” narrative that’s been so widely reported by the media recently?

I have definitely struggled with how this will be perceived by readers. I’ve also struggled with how I’ve perceived it myself. How I wrote the book at age 28—the intent, the understanding, trying to shape that into narrative—is quite different than how I’ve rewritten and edited it at age 40. My greatest fear is being misunderstood about such an important issue. From the beginning drafts, though, I knew I wanted to reveal something about my sexual coming-of-age, which I knew from reading plenty of fiction and memoirs, was not specifically represented anywhere. By virtue of being honest about my experience I’ve had to take the risk and trouble the common narrative.

I admired the way the narrator’s awareness, curiosity, and anxieties about her body shape the story with a series of very physical and visceral scenes. One of the most startling sentences in the book reads: “At thirteen, I harbored strange and beautiful conditions in the landscape of my body.” Indeed, Excavation digs into the narrator’s sexuality and self-perception: the more she knows, the more she grows, the stronger she becomes in defining her relationships on her own terms. Still, it’s a rocky journey and the secrecy of her interior life shuts her parents out. I was wondering about the cultural life of this teenager and of her cultural settings (LA or Southern CA, Latino–maybe Catholic–family). There’s a car culture that’s quite visible, and I believe she attends a Catholic school at one time, but was there room to explore an ethnic identity further? Or is this another project? And how will that future project complement or intersect with this one?

Ethnic identity is definitely another project. I’m one of those children of Mexican-American parents who learned basic Spanish (present & present participle, mostly) in school because my parents only spoke Spanish when they didn’t want me to know what they were saying—and even then, my mother’s Spanish is very much an East L.A. Spanglish. I ended up in Catholic high school only because it was close to the junior high I attended, and it’s where most of my friends went (many of whom were also not Catholic). I’ve had to piece together connections to my ethnicity throughout my life because my parents and grandmother were quite assimilated. Going to private schools definitely made me a minority and it wasn’t until I went to college and took Chicano Studies courses that I began thinking of myself as a Chicana—an identifier my parents could not totally understand. As I got older, and now as I raise a child who is of mixed heritage, I’ve been much more conscious about how we keep ethnic identity a part of our family’s conversation. It was not talked about directly in my house growing up, and definitely not in school settings until college. I imagine a future project taking on the cultural and personal significance, to me, that my father picked grapes and cotton in the San Joaquin Valley as a child, and my grandmother was a seamstress in downtown Los Angeles, for example.

Another one of my favorite sentences in the memoir reads: “Sometimes I still have to find my way out of the smoke, to touch what is real, to confirm what is illusion.” The “smoke” applies to a number of things–the older lover’s intentions, the narrator’s confusion about the situation, and about herself, the difficult admission of her own participation and agency in the relationship. But one “smoke” that doesn’t quite clear the air is her sense of her own queerness. It’s there but not there during that period of the narrator’s young life, though it’s noted in her adult identity. Her role as a writer, however, is consistently present–even when she keeps her journals hidden. How do these two consciousnesses (of queerness, of artistic life) come together for this narrator later in life? And why was it important to establish them as necessary components on her path to self-actualization?

As a teenager I could not wrap my head around the idea of “queerness” or even the notion of bisexuality. I just knew that I had fantasies, and they were 99% about women when they were sexual fantasies, and men and boys my age showed up in fantasies (and reality) when it came to “romantic” relationships. Even as a young adult, once I began calling myself bisexual, there was still plenty of “smoke” around queerness, and how I wanted to claim the identifier for myself even as I consistently had serial monogamous relationships with men. My intention in the book was to represent some of the ways sexuality can get sidetracked, derailed, even numbed in the midst of confusing and traumatic events.

My identity as a writer has been the most solid identity I’ve had since I was six years old and wrote my first ghost story. I will always see this as a necessary component on my path to self-actualization. When I finally get to writing the book about the years in Olympia when I was introduced to queerness, and the years following when marrying a man catalyzed, for me, my queerness, and suddenly forced me into embodying it in a way I hadn’t previously—some of the “smoke” might clear.