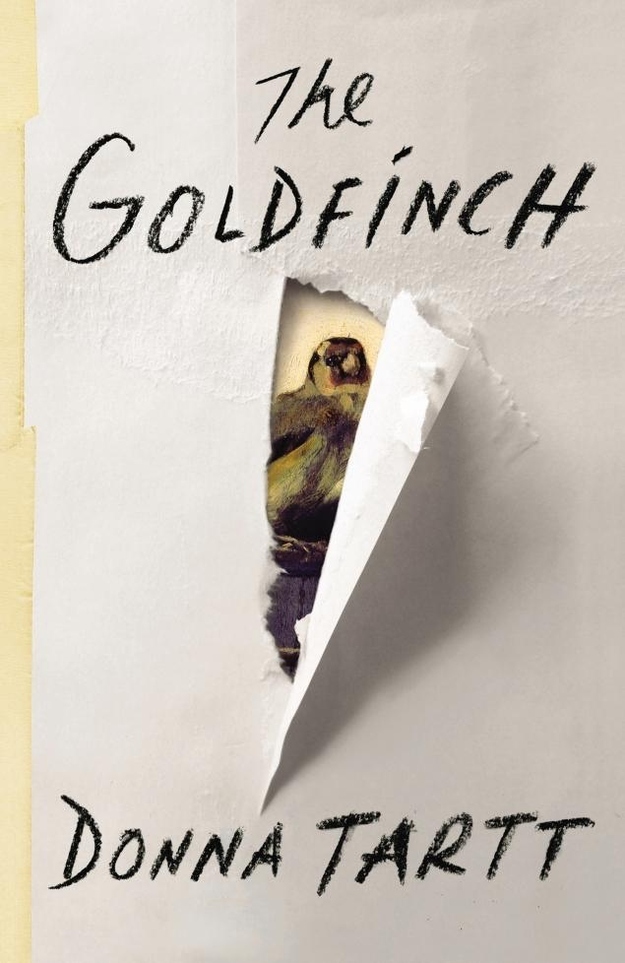 Jennifer Morell, on behalf of the School of Writing at The New School and the NBCC,  interviewed Donna Tartt about her book The Goldfinch (Little, Brown), which is among the final five selections, in the category of Fiction, for the 2013 NBCC awards.

Jennifer Morell: Your descriptions of “The Goldfinch” by Fabritius, and Theo's feeling towards it, elevate the painting to a character in the novel. The reader becomes enamored with its beauty and also worried about its fate. What drew you to the painting and how did you interact with it as you were writing the novel?

Donna Tartt: The first time I saw the painting, I was drawn to it instantly. Not only did I go to see it several times in Holland during the course of writing the book, but I had a reproduction of it on the wall of my office, and kept several smaller reproductions closer to hand, at my desk. First thing every morning: there it was. Last thing at the end of every writing day: there it was. When I woke up and went down to my desk in the middle of the night: there it was. And I looked at it and thought about it every day for eleven years. To have the opportunity to spend so long thinking about a single masterpiece—really getting to know it, immersing oneself in it and absorbing it as deeply as I could—was a luxury and a great, great gift.

JM: Evidently, many people felt a similar kinship to the painting as its recent exhibition at The Frick led to record attendance for the museum. How did you feel about your contribution toward the painting's history and legacy?

DT : I'm very happy if people who possibly didn't know the painting before have come to know it and love it as I do.

JM: Both The Secret History and The Goldfinch are told from the perspectives of first person male narrators. Often in workshop, students vacillate between first and third person narration for their work, until they find a voice that truly fits. At what point in the writing process did you know Theo's voice?

DT : I knew from the first. The story was solitary, interior, introspective. Nothing but first person would do. Same with Secret History.

JM: There are three very different locations featured prominently in the novel—New York City, Las Vegas, and Amsterdam. As a writer, how do you capture the essence of a place?

DT : All three of my books have started with a sense of place; and I think of place in many of the same ways as I think of character. Cities and landscapes have distinct personalities, just as people do; and like people they're full of their own moods and paradoxes and surprises. It's always good to remember that any place, like any person, has a dual nature: bright and dark.

JM: Your novel is rich with a variety of distinct characters and personalities. For example, while Boris is connected to the underworld, Hobie restores antiques. How do you approach the creation of characters and did you have a favorite to write about?

DT : This is a huge question. There are a great many ways to develop characters in fiction…what do they love? What do they hate? How do they dress, how do they speak, what do they eat, how do they interact with the other characters? What are their blind spots? What are the obvious things that they're not telling you? Observation is important: I was a mimic when I was a child, very good at imitating other people's gestures and voices, a skill that has served me well as a fiction writer.

For me, in fiction as in life, the most interesting characters are always somewhat contradictory and conflicted in nature. I'm always interested in the gap between appearance and reality: the difference between how characters present themselves, or try to present themselves, and the reality that lies beneath the carefully constructed social surfaces. Most people have a public self that they are anxious to display, and a secret self that they're just as anxious to hide. The tension between the two selves is always interesting. So too is the never-ending tension between what people want, and what they're capable of attaining. There's a quote by E.M. Forster I love: “Failure and success have been allotted to men by their stars. But they retain the power of wriggling, of fighting with their star or against it, and in the whole universe the only really interesting moment is in this wriggle.”

JM: Since this interview is part of the NBCC series and will be featured on the New School Writing Department website, I wonder if you could offer any advice to students and young writers who are at the beginning of their careers?

DT : When I was young, I was deeply struck by a piece of advice that John Gardner gave to beginning writers: “Write as if you have all eternity.” This is the last thing a publisher or an agent or an accountant would tell you, but it's the best advice in the world if you want to learn your craft and learn it well. To this I would add: it's also important to read, and read widely. And my old teacher, Barry Hannah, gave me a piece of advice when I was eighteen that I've never forgotten: if you want to be a writer, write every day. Deceptively simple advice—but it works. As with sports, or playing a musical instrument, or learning to speak a different language or just about anything really: there's magic in committing to a daily practice.

Donna Tartt is the author of the novels The Secret History and The Little Friend, for which she won the WH Smith Literary Award. She was born in Greenwood, Mississippi and is a graduate of Bennington College. She lives in New York.

Jennifer Ray Morell is an MFA student in fiction at The New School. Her work has appeared on The Ruckus, Sundog Lit, and xoJane. She lives in Queens, New York.