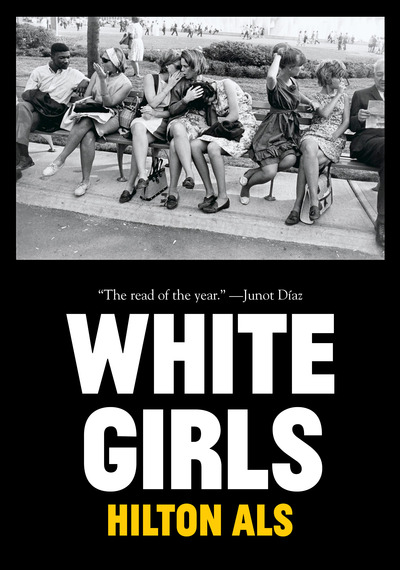 Hilton Als’ “White Girls” is as much about white girls as the author’s previous effort “The Women” was about femininity — which is to say quite a lot and not at all. Indeed, like its predecessor, “White Girls” is an inquiry into otherness, and, by extension, commonality, what keeps us apart and also what brings us close. It is a collection of essays that blurs the line between criticism, memoir, even fiction and nonfiction — 13 takes on, among others, Flannery O’Connor, Michael Jackson, Louise Brooks and Truman Capote, all of whom represent the figure of the “white girl” in actual or invented way.

There are whispers of James Baldwin: Als’ description of his father — “When I was your age, I didn’t like my father to hug me either,” the older man tells him — brings to mind “Notes of a Native Son.”There is a sense of the futility of writing, and also of its necessity. “What is writing but an I insisting on its point of view,” Als asks, even as he acknowledges that “details … diminish me, or rather, the whole storytelling enterprise does, words limit things.”

This is the most essential contradiction, that once we begin to frame something, to create a story or a set of meanings, we distance ourselves from the experience as it has been lived. And yet, for Als, the critic’s posture is not a way of stepping back from life; it is a matter of engaging with the world. Most of the pieces in “White Girls” use their subjects as a starting point, but the genius has to do with where Als goes from there.

For him, the point is how his subjects come together in his imagination, echoing each other and himself. It’s a vivid strategy and it makes “White Girls” more than a collection of disparate pieces, but rather a coherent portrait of Als’ inner life.

Is such a concept a contrivance? Of course it is. But the point of this magnificent collection is that all our endeavors are contrivance, and yet utterly essential just the same.

“This career — it is a handful of dust in the end,” Als writes, referring (we must assume) to both his subjects and himself. “One may fixate on it as if it were not. Presumably this career safeguards one from having to read one’s face and the mask behind it, which reveals, truly, what is in the mind and the quality of what is in the mind. When this mask cracks — underneath it, that is writing.”