In the weeks leading up to the March 13 announcement of the 2013 NBCC award winners, Critical Mass highlights the thirty finalists. Today, in the sixth of our 30 Books 2013 series, NBCC board member Tom Beer offers an appreciation of autobiography finalist 'Wave' by Sonali Deraniyagala (Knopf). 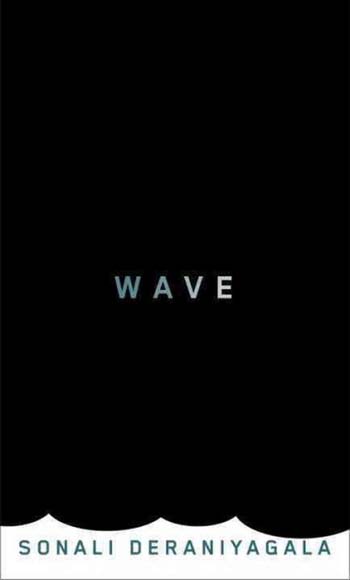 Writing is a form of remembering. That’s why Sri Lankan-born, New York-based economist Sonali Deraniyagala began to write down her personal experience of the tsunami that struck South and Southeast Asia on the day after Christmas, 2004. Deraniyagala was vacationing with her family on the Sri Lankan coast that morning, when the ocean abruptly swept through the resort. Deraniyagala was the only one to survive, and she has said that her shattering memoir, “Wave,” grew out of an exercise in remembering the incidents — and the loved ones — that for many years were too painful to contemplate.

Deraniyagala’s account of the calamity is startlingly vivid — she is propelled through the “smoky gray” water, her body “curled up” and “spinning fast,” until she finds her feet on the ground in an unfamiliar brown “bog-land”: “What is this knocked-down world?” she wonders. “The end of time?”

In a way, for her, it was. From here, “Wave” charts the author’s passage through the unbearable limbo of grief, for the wave has claimed her husband, Steve, sons Vik, nearly 8, and Malli, 5, along with her parents. The first months after the tragedy are spent holed up in a darkened bedroom at her aunt’s house, researching suicide on the internet and blotting out her agony with vodka, wine, whiskey, Zolpidem, Halcion or Seroquel. She emerges, deranged, to harass the family that has bought her parents’ house, making hang-up calls and ringing their doorbell at all hours. Eventually Deraniyagala is able to return to her London home — a museum of her past that she can no longer inhabit — and discovers that her family is alive to in her memories. She brings them alive for the reader, too.

“Wave” is astonishing in many regards, but perhaps most of all in its scrupulous honesty and unsentimentality. This is not a self-help book, nor a book with a message. There is no happy ending, and no, time does not heal all wounds. As befits her subject, Deraniyagala’s prose is spare and precise, not flashily literary or lyrical. It documents an experience that is at once unthinkable and yet inescapably human.

Tom Beer is the books editor of Newsday. As a freelance writer, his reviews and author interviews appeared in many publications.