What is your favorite National Book Critics Circle finalist of all time? The first NBCC winners, honored in 1975 for books published in 1974, were E.L. Doctorow (Ragtime, fiction), John Ashbery (Self-Portrait in a Convex Mirror, poetry), R.W.B. Lewis for his biography of Edith Wharton, and Paul Fussell (The Great War and Modern Memory, criticism). In 2014 the National Book Critics Circle prepares to celebrate nearly forty years of the best work selected by the critics themselves, and also to launch the new John Leonard award for first book. So we're looking back at the winners and finalists, all archived on our website, and we've asked our members and former honorees to pick a favorite. Here's the twenty-ninth in our latest in six years of NBCC Reads surveys, and the second book critic to pick Toni Morrison's Song of Solomon (see Leora Skolkin-Smith's tribute here). 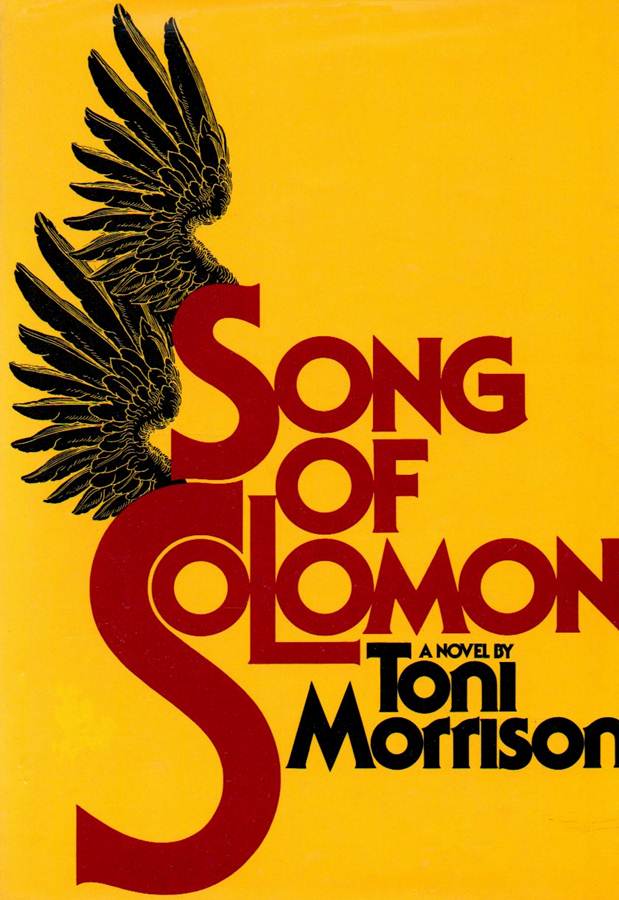 My favorite award winner is Toni Morrison's Song of Solomon, from the 1977 fiction category.  I first read this novel in high school, and remember it being one of the first novels to genuinely move me.  I was fascinated by Milkman's incredibly complicated family life, and enthralled by the quest he undertakes.  The insights he gains as he discovers his family's past ring true to me these many years later, especially his revelation about “not deserving” to be treated the way he does.  Those two paragraphs still strike me as incredibly profound:

It sounded old. Deserve. Old and tired and beaten to death. Deserve. Now it seemed to him that he was always saying or thinking that he didn't deserve some bad luck, or some bad treatment from others. He'd told Guitar that he didn't 'deserve' his family's dependence, hatred, or whatever. That he didn't even 'deserve' to hear all the misery and mutual accusations his parents unloaded on him. Nor did he 'deserve' Hagar's vengeance. But why shouldn't his parents tell him their personal problems? If not him, then who? And if a stranger could try to kill him, surely Hagar, who knew him and whom he'd thrown away like a wad of chewing gum after the flavor was gone – she had a right to try to kill him too.

Apparently he thought he deserved only to be loved – from a distance, though – and given what he wanted. And in return he would be…what? Pleasant? Generous? Maybe all he was really saying was: I am not responsible for your pain; share your happiness with me but not your unhappiness.

And who can forget the ending, with Milkman leaping towards Guitar, two former friends now trying to kill each other?  The final line still haunts me to this day: “If you surrendered to the air, you could ride it.”  To this day, Song of Solomon remains one of the most powerful works of fiction I have ever read.

Charles Green is a freelance writer and editor based in Annapolis, Maryland. His reviews appear in several publications, including The Gay & Lesbian Review and Publishers Weekly.