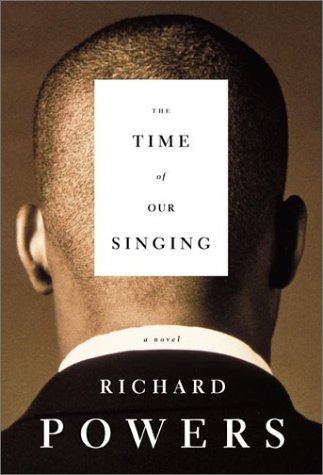 When we invited members to select their favorite books about music, most responded by naming nonfiction works: biographies and autobiographies of artists, essay collections, histories. But like Wayne Koestenbaum, an admirer of Willa Cather's The Song of the Lark, many respondents picked novels.

NBCC board member Marcela Valdes writes: “One of the most compelling books about music that I've ever read is Rafi Zabor's The Bear Comes Home. Strange and gorgeous, Zabor's novel presents a portrait of the musical genius as a young bear, literally. Reading it felt something like falling down a rabbit hole. Fabulous.”

Brigitte Frase selected a classic: “Not just my favorite music book but one of the greatest novels ever: Thomas Mann's Dr. Faustus, about a Nietszche-like composer who sells his soul to the devil in return for musical greatness. His counterpoint and the novel's narrator is a mild humanistic professor who regards his friend with pity and fear.”

Board member Steven G. Kellman selected a pair of novels:

Richard Powers’ The Time of Our Singing (2003) is constructed around a signal moment in American musical and social history. Denied permission—on account of her race—by the Daughters of the American Revolution to sing at Constitution Hall, Marian Anderson was invited by First Lady Eleanor Roosevelt to perform instead on the steps of the Lincoln Memorial. Her plein-air recital, on April 3, 1939, was the most dramatic use of that stage until August 28, 1963, when Martin Luther King, Jr. delivered his “I Have a Dream” speech. In Powers’ novel, an émigré Jewish physicist and a black soprano meet at the Anderson concert, fall in love, and beget a brilliant tenor who, like his siblings, must contend with the discordant notes that mixing races in the United States creates. Mixing theories of time with vivid evocations of pieces by Franz Schubert, Miles Davis, and others, The Time of Our Singing is itself a virtuoso performance.

The claim that Milan Kundera’s fiction is polyphonic is not just metaphoric indulgence. He works his most famous novel, The Unbearable Lightness of Being (1984) in a contrapuntal design, weaving such themes as lightness and weight, soul and body. In contrast is the monophony of The Grand March, the prototype of what he calls kitsch. Examining the possibilities of freedom, Kundera identifies his protagonist Tomáš with the “Es muss sein” motif of one of Beethoven’s vocal pieces. The novel imagines each human life as a developing musical composition. Writing about the harmonic convergence and cacophonous divergence of lovers Franz and Sabina, he writes: “While people are fairly young and the musical composition of their lives is still in its opening bars, they can go about writing it together and exchange motifs (the way Tomas and Sabina exchanged the motif of the bowler hat), but if they meet when they are older, like Franz and Sabina, their musical compositions are more or less complete, and every motif, every object, every word means something different to each of them.” So, too, does Kundera’s own novel music resonate differently with each reader and reading.

Jeffrey Ann Goudie selected Peter Bognanni's 2010 novel The House of Tomorrow: “This debut novel features an unlikely friendship between two boys who could not be more different, but who forge a friendship on the anvil of the monosyllabic lyrics and two-chord anthems of punk rock, and birth their own band, The Rash, just in time to bring raucous, raunchy, rock 'n' roll to a church talent show.” David Walton selected Ann Patchett's Bel Canto, a 2001 NBCC finalist in fiction. And Dawn Raffel selected a book of recent vintage, Will Boast's Power Ballads: “This brilliant story collection won the Iowa Short Fiction Award. These ten moving stories are about working musicians—on the road, in dingy clubs—by a writer who's been there.”