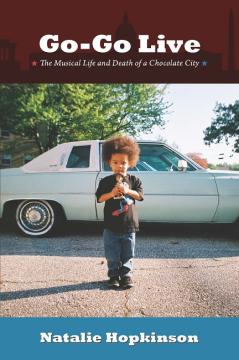 The discussion about harsh reviews continues apace: On the heels of Jacob Silverman’s “Against Enthusiasm,” Dwight Garner writes “A Case for Critics Who Are Actually Critical” for the New York Times Magazine, and Laura Miller writes “The Case for Positive Book Reviews” for Salon. Stephen Marche weighs in at Esquire: “The real problem though, of which Silverberg and Garner are both no doubt aware, is that, if you starting writing negative reviews, it's hard to know when to stop. The eternal problem of book-reviewing is that 99.999 percent of books published are shit, and everybody knows it.” (Readers on the NBCC’s Facebook page are also weighing in on William Giraldi’s much-discussed review of two books by Alix Ohlin in the New York Times Book Review.)

John Freeman reviews The Future Is Not Ours: New Latin American Fiction for the Cleveland Plain Dealer.

Michael Lindgren reviews a pair of music books, Natalie Hopkinson’s Go-Go Live and Elijah Wald’s The Dozens, for the Washington Post, and D. Nurkse’s poetry collection, A Night in Brooklyn, for the L Magazine.