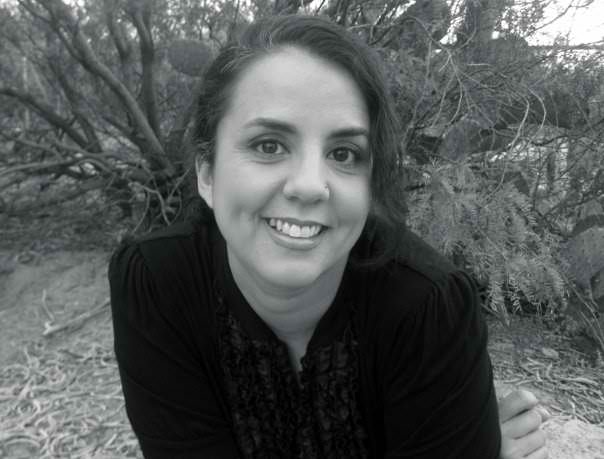 Carmen Giménez Smith is the publisher of Noemi Press, the editor-in-chief of Puerto del Sol, and an assistant professor in the MFA program in creative writing at New Mexico State University. She is the author of two previous collections–Odalisque in Pieces and The City She Was–and a memoir, Bring Down the Little Birds.

“The words slip in and out like/ the Wolf’s tongue in Red’s ear.”: the final lines in the second poem of the collection direct the reader to an understanding of the fairy tale as a metaphor for sexuality and imagination. You draw from a number of sources–Giambattista Basile, the Brothers Grimm, Hans Christian Andersen, and others–to examine the female as a figure of ingenuity and agency, not as the damsel in distress she was later turned into by Disney and other contemporary story adaptations. Her power is language (“I don’t settle/ for voiceless.”). Can you speak to your particular affinity to the fairy tale? Thought these tales have endured centuries, why is it important to revisit them in 2012?

I’ve always loved the world of fairy tales; when I was young I inhabited them as fully as the speaker of these poems. I’ve always been intrigued by the way we relay lasting cultural and social mores and anxieties through contemporary forms like fairy tales (and television shows). Fairy tales are encoded with compelling messages about gender and class, and I think it’s important to revisit them, to revise them in order to participate in the important ongoing transformation of these stories. Fairy tales and folktales require our intrusions and adaptations because they’re our mirrors. When I teach these stories, I work hard to undo the calcification Disney adaptations have inflicted on these stories. Although each version is important, there’s no definitive version of a fairy tale–they’re open source–and it’s important that we imprint them with the exigencies of our moment, our contemporary ambitions.

A few of the poems offer completely different “readings” just by a simple shift of point of view. In “Half-House,” for example, the Hansel and Gretel witch declares: “Children are just conceit./ My isolation, now there’s a theme”; and in “To Become an Exemplary Girl,” the Pinocchio plight (“I got wrapped in puppetry string” and “trapped inside and waiting/ for the giant yawn/ to release me.”) now holds more dramatic and gendered overtones because we imagine the speaker is a girl. I must note however that none of these fairy tale figures are mentioned by name–they are alluded to. Which begs the question, how do you decide what is familiar enough to the reader to place a re-imagined version next to its “original” telling? And does it matter if a reader can’t place the tale (because they are the poet’s own inventions) or is unable to identify a more obscure fairy tale at all?

That’s one of the challenges of persona poems and also of having references to lesser-known stories. I tried to cultivate a more lyric sensibility in those poems–the compression, the singular voice–and I hope that helps readers hear the speaker out of the story, especially since much of what is expressed is more about subjectivity than it is about plot.

Can you speak to the title of the collection? Or are you leaving it up to the reader to extrapolate on the word “flicker” in particular?

One of the early titles of the book was The Screen, as I imagined the young speaker entering into the world like it’s a television screen. In the poem “Backstory,” she disappears, figuratively, into an interior world, and I thought that the closest approximation to what I felt was the departure into story, into imagination. I am curious to hear how people read the title, and I’ve heard some fascinating versions.

Your first collection was published in 2009, (the memoir in 2010), the second in 2011, this third one is 2012. And I recently read somewhere that you have a fourth collection (Be Recorder) that was a finalist for the Sawtooth Poetry Prize from Ahsahta Press this year. Is there a method to your productivity and in navigating different poetry books at once? How do you keep the projects separate or is there another way you usher certain poems toward certain books?

I started working on Goodbye, Flicker about eleven years ago, and it’s always been in the background. It was only recently that I felt I knew how to finish the book, and I made myself return to it and work on it despite having a lot of doubts about writing a book of linked poems with multiple speakers. I wanted to preserve the ambition, so I worked on it incrementally. When I write prose, I do a lot of “showing up,” what prose writers do–writing even when it feels like torture–and that ethic was vital to getting this book done, sitting down to write new poems even when I didn’t have ideas, desire, or energy.

I work on different books at the same time in order to keep myself writing without pause. What seems like a succession of productivity, though, is actually more a reflection of the vagaries of publishing. I was “finished” with my first book for a long time before it came out (although the press’s reviewers were key in getting the book in great shape for publication). I wrote the memoir in 2005-2006, and I started writing many of the poems that were in The City She Was in 2009, the year my first book came out.

I’ve found that conceptualizing a book helps me determine what kind of poems to write for it, and I literally write into the book after a certain stage, that is, I try and see what sorts of moves are possible in the book, and I write new poems in that direction. I do hammer out a draft of the book fairly intensely, then the bulk of the work is revision. Every time I work on a manuscript, I read it all the way through to enter the sensibility before I do anything. I love revising–I could do it all day long–so I try to hammer out first drafts fairly quickly, and I work and work on them so that they fit the book and work on their own terms.