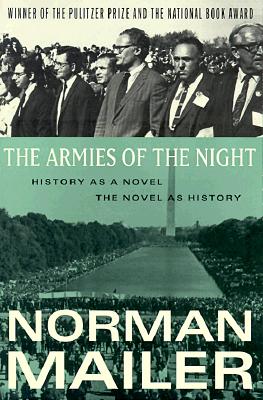 When it comes to great works of literary journalism, consensus is hard to come by. NBCC members and friends responded to our latest NBCC Reads question with dozens of favorites, but only a handful attracted multiple mentions. That may say something about the breadth of the category, and in forthcoming posts we’ll drill into some of those works, including some surprises and lesser-known names.

For starters, though, we'll look at the writers who did get mentioned multiple times. No surprises here, since they represent the bedrock writers of the New Journalism movement of the 60s and 70s: Truman Capote (2 mentions), Norman Mailer (2 mentions), and Tom Wolfe (4 mentions). Rebecca West, a central influence on that generation, and Dexter Filkins, one of its inheritors, attracted a pair of mentions as well—both, as it happens, were among Geoff Dyer's favorites.

So which Wolfe hit home for our respondents? Rachel Shteir praised Wolfe’s 1970 article, “Radical Chic: That Party at Lenny’s”; Bob Frost calls The Right Stuff “the best-written, most deliriously readable American non-fiction book of the 20th century.” Kurt Andersen, author of numerous books (including the forthcoming novel True Believers) and host of Studio 360, offers this remembrance of another Wolfe classic:

Tom Wolfe's The Electric Kool-Aid Acid Test is the work of literary journalism that affected me most powerfully when I first read it — at age 14 in 1969. I had never encountered nonfiction so idiosyncratic and artful and immersive and thrilling. It inspired me three years later to buy a school bus with some friends and wander 7,000 miles around America and Mexico. And more than any nonfiction I'd ever read, it made me want to become a writer.

As for Mailer, Bruce Watson offers these thoughts:

Last year, for the first time, I read Norman Mailer's “Miami and the Siege of Chicago.”  Refreshingly blunt and opinionated, equally fair and unfair to all concerned, Mailer's account remains a masterpiece of literary journalism and political reporting.  While focused on 1968, Mailer somehow managed to limn the political and cultural fault lines of our own time.  His character sketches of the principals, from Nixon to Reagan, from Tom Hayden to Hubert Humphrey, are better than any in his later novels.  And his ultimate disillusionment and disgust with the whole political process are all-too-familiar feelings in 2012.  Mailer won the Pulitzer for “Armies of the Night” but “Miami and the Siege of Chicago” is its equal.

And Balakian winner Steven G. Kellman offers this consideration of another Vietnam-era work by Mailer:

In a statement that Norman Mailer himself loved to quote, Alfred Kazin once declared that: “Mailer is as fond of his style as an Italian tenor is of his vocal cords.”  That style is on grand operatic display in The Armies of the Night, Mailer’s 1968 account of a massive anti-war demonstration at the Pentagon on October 21, 1967.  Beginning the book with an excerpt from Time Magazine’s take on the same events, he offers his own pugnacious version as an antidote to corporate regimentation, which, he claims, expresses itself in “totalitarianese, which is to say, technologese, which is to say any language which succeeds in stripping itself of any moral content.” Mailer’s own gaudy language, as in the speech he gives at a rally two days before the storming of the Pentagon, is an amalgam of charm and insult. He notes that he is no danger of becoming a demagogue, “since if the first idea he offered could appeal to a mob, the second in compensation would be sure to enrage them.” The preposterous premise of The Armies of the Night is that Mailer, a man who “had given his own head the texture of a fine Swiss cheese,” places himself at the epicenter of a seismic upheaval in American culture. In a beguiling and hectoring song of himself, Mailer presents himself as: “a warrior, presumptive general, ex-political candidate, embattled aging enfant terrible of the literary world, wise father of six children, radical intellectual, existential philosopher, hard-working author, champion of obscenity, husband of four battling sweet wives, amiable bar drinker, and much exaggerated street fighter, party giver, hostess insulter.” Such set pieces as Mailer’s arrest, his courtroom defense, and the pre-march dinner party among liberals, as well as the cameo appearances of celebrities including Robert Lowell, Dwight Macdonald, and Paul Goodman are manifestly tours de force designed both to antagonize and court the reader. The monumental chutzpah of it all is enough to melt away “the institutional oleo of the most suffocating American ideas.” Truth is Mailer’s bread and butter.

In the coming days, we'll post more commentary on these writers, dig into the long tail of responses, and point to some provocative questions about what “literary journalism” is and where it's going. Thanks to all the members and friends of the NBCC who took the time to respond.