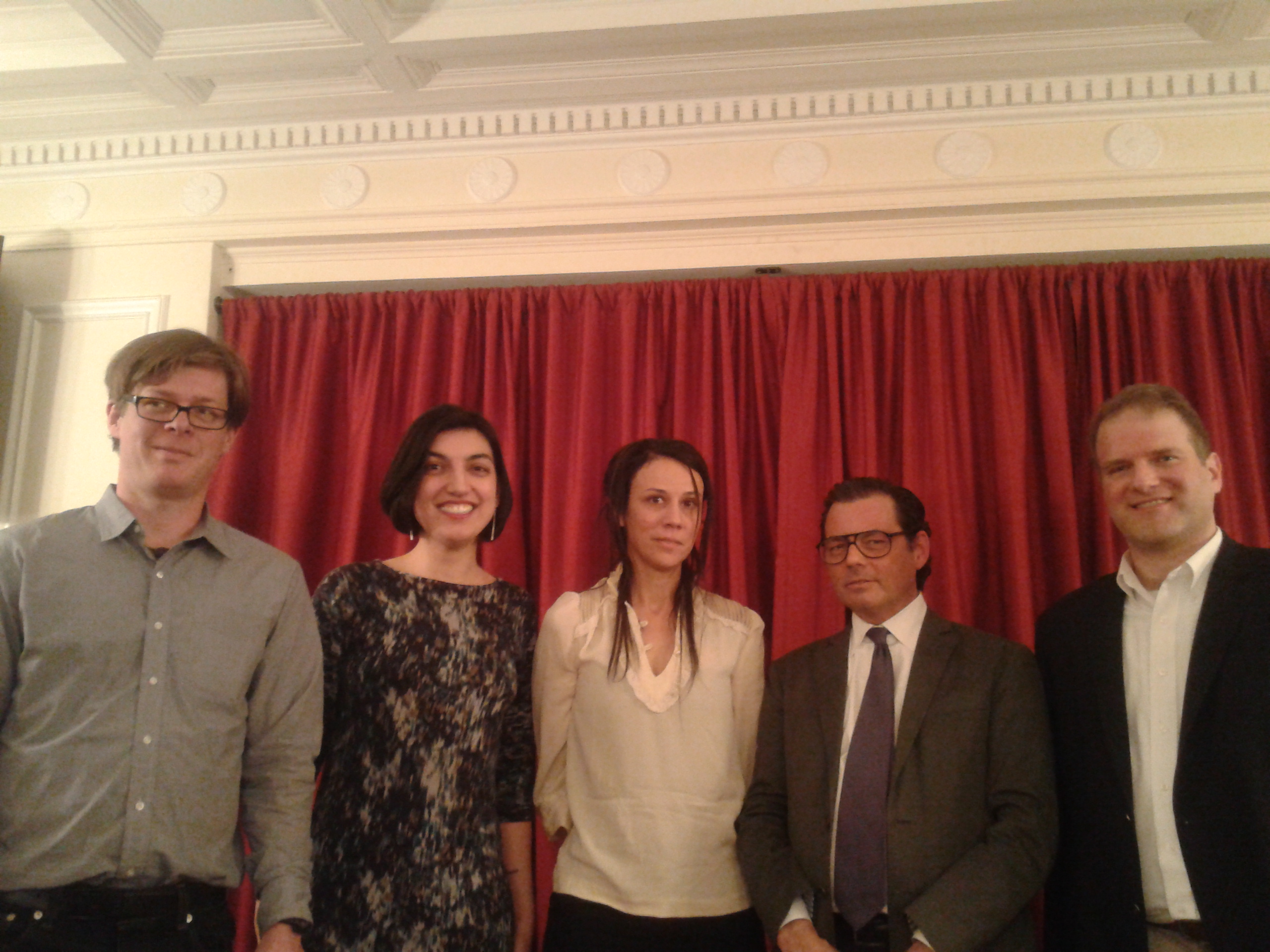 Last night's critical conversation at the Center for Fiction, dubbed “Criticism Beside Itself,”ranged widely, from discussion of Russian formalists, Marxists, and N+1 magazine to critics James Wood (Elif Batuman: “James Wood nailed the 'hysterical realists.' He got them good. It was funny a smart.” Rivka Galchen: “We enjoy bold statements in criticism because we can immediately disagree with them. One thing we like about James Wood's meaner reviews is we could disagree with him.”),Dwight MacDonald, Terry Castle, Susan Sontag, Geoff Dyer, Lionel Trilling, and Nicolson Baker on James Updike.