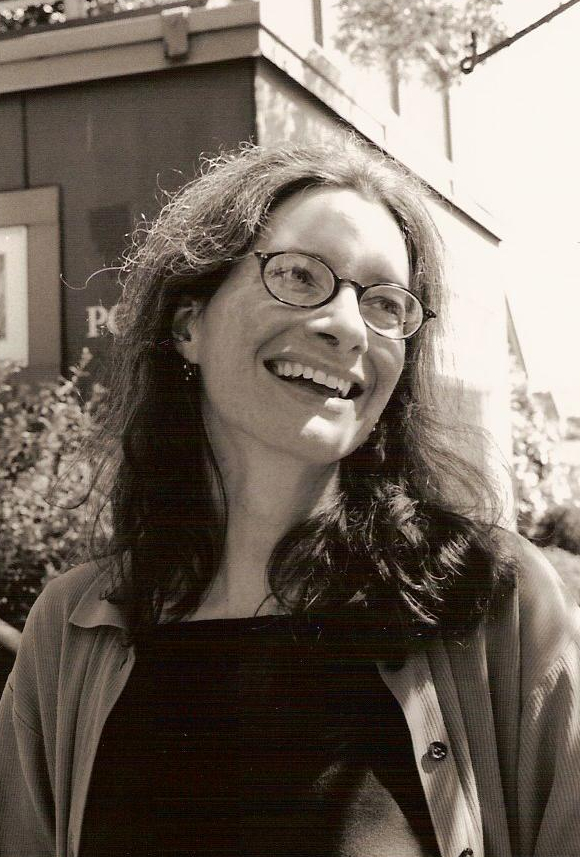 Christine Deavel was born in North Manchester, Indiana, and graduated from Indiana University and the University of Iowa. She is co-owner of Open Books: A Poem Emporium and lives in Seattle.

“Knowledge not as comfort but as shelter,” you write in the poem “Drawn,” which opens up a map of a bird’s wing (its many layers) to explore the diversity of languages in ornithology. But that’s only part of the energy here since human story is embedded into the poem (a gesture that occurs repeatedly in the book), making this piece a type of anthropological study as well. Indeed, human language names the bird, bird parts, bird  description and therefore the human voice is inextricable from the natural world’s narrative. This is both empowering and threatening. And at the end the poem poses a challenge: “knowledge from learning, that is, from words, unlike through experience, gives no memory…But to walk through it, to walk through the snow as it falls, is to walk through another’s memory…” How then do you position the poem–the written word–in relation to experience or memory? What does it mean to write a poem about birds instead of going birdwatching, for example? Or is the poem the after-image of the experience?

A poem is an experience unto itself, I would say – both the writing of it and the reading of it. It is a new thing, even though its materials are stained with use. So the poem is not the after-image of an experience, but the image of someone thinking about an experience. That sounds static when what I want to convey is motion – I don’t mean a picture of someone sitting in a chair ruminating; I mean an electroencephalogram.

I don’t think I’ve written a poem about birds so much as written a poem with birds in it. I saw them, heard them, understood the day a bit by feeling them in it. They are in the poem because that is the vocabulary I was given. I think Woodnote is probably a result of my continually trying to recall that vocabulary, to learn it deeply, and to use it.

Homecoming, coming home, home town–the journey to beautiful and painful memories revisited frames Woodnote. In the opening, the speaker inhabits the natural world and its wonders; in the closing, the speaker inhabits the diaries of an ancestor, a woman who left behind detailed records of everyday life. The pages of the diaries are also trees, and so the speaker walks through this second forest, gathering tidbits (and discoveries) and building a nest, bird-like, to orient herself within family history/ story–the poem, aptly titled, “Economy.” The speaker confesses that by consuming 54 years of diaries she’s looking to “undo her hunger.” What does this say about the creative instinct and the need to affirm visibility (through journal writing) and exercise imagination (through poetry writing) particularly for these two women, who are restless in their homes (that is, homelands, female/ social roles)?

I am hesitant to ascribe motive or meaning to either the poems I wrote (and I am definitely the speaker in these poems) or to the diaries my relative kept. Keeping seems to me to be the operative word in both cases. The poems, the diaries, the making of art, the recording of a day, of a life, they all bring their meaning with their doing. It is work and ritual, hole digging and worship. Why it’s done is beyond me. But something is kept in it, by it.

I don’t think that the women in the book are restless because of their status or locale. If they are restless, it’s because they’re human. And I’m not sure it’s restlessness but a way of locating – of echolocating.

What happens after to the writer’s words – whether anyone else ever reads them – that is another question.

The poem “Piece by Piece” enjoys plenty of word play (“When the warning siren stops/ have an ambulatory song// In a leafy fury/ spin the rakings of you up/ into a tree/ So, be a bird// Quillous/ beak-sure”). How much of this natural landscape is influenced by your present home in the Pacific Northwest? Or is the ecological/ environmental dimension of your work responding to other interests/ concerns?

Much of Woodnote comes out of an Indiana landscape, but I think it may have taken my moving to the Pacific Northwest, with its gorgeous and frightening extremes of mountain and ocean, for me to see Indiana, my hometown, more clearly.

I don’t think I have concerns when I write – I just am. I bring my weather with me wherever I go. Sometimes it washes clean what’s around me, other times it’s all fog. Both make for poetry for me. What I want/need/seek is to be as present as possible in whatever landscape, whatever weather. I want to know where I was and that I was there, that I was in and of the world.

As a co-proprietor of one of the nation’s poetry-only bookstores, you probably get asked for book recommendations frequently. But how about this: can you recommend a few books (published at least five to ten years ago) that we might have missed and are worth seeking out?

What a fun question. I’ll list several books that have spoken to me and that I’m grateful for:

Sheep’s Vigil by a Fervent Person (2001 House of Anansi Press) is Canadian poet Erin Mouré’s “transelation” of the Portuguese poet Fernando Pessoa’s The Keeper of Sheep. Creating her own heteronym, Eirin Moure, as Pessoa did (in his case, Alberto Caeiro), she has not only translated Pessoa’s charming, moving, iconoclastic poetic series, she has made it her own, inserting herself as the speaker and the city of Toronto the landscape where the work unfolds. She has both illuminated and transformed the work. Plus it has the bonus of being a bilingual edition.

Tsering Wangmo Dhompa’s first book Rules of the House (2002 Apogee Press) is a quietly intense collection of poems, spare and evocative. A resident of California, she was raised in Tibetan communities in India and Nepal, and her work rises out of that dispersed yet vibrant culture. A touching, at times humorous, beautifully crafted book.

Poems from Ish River Country (2004 Shoemaker & Hoard) is a welcome gathering of poems and translations by the Washington State poet Robert Sund (1929-2001), whose work had been out of print for some time and much sought after. His crisp, vivid poetry carries echoes of the Asian masters, but he was very much a contemporary poet, writing out of his place and time.

Aaron Shurin’s Involuntary Lyrics (2005 Omnidawn) pulls its reader onto the dance floor and spins. Each of these lyrics draws the end words of its lines from one of Shakespeare’s sonnets, but what happens to get to those words is all 21st century electricity, what I call New Wave Elizabethan. Sexy, funny, elegiac (AIDS haunts the San Francisco setting), wistful, and thrilling.