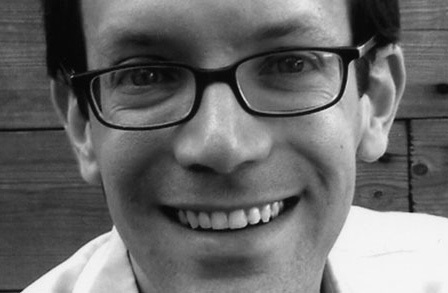 Not just a “campus novel,” Jarrell's portrait of the fictional Benton College is an endlessly quotable trove of barbs, bon mots, and sadder-but-wiser epigrams, many of them directed at Types– the snooty avant-garde artist, the publishing maven. the gladhanding boy-wonder college president: “About anything, anything at all, Dwight Robbins believed what Reason and Virtue and Tolerance and a Comprehensive Organic Synthesis of Values would have him believe. And about anything, anything at all, he believed what it was expedient for the President of Benton College to believe. You looked at the two beliefs and lo! the two were one.”

It's snarky (as snarky as the negative reviews that helped make Jarrell famous as a young man). But the book as a whole is anything but a long snark: its most sympathetic characters (the Rosenbaums, loosely modeled on Hannah Arendt and her husband) have learned how to live, generously, the life of the mind, and its least sympathetic figure, the novelist Gertrude Johnson– a sort of evil twin to Jarrell's narrator– traces with her unforgiving pen the path of superiority, of looking down on everybody and everything, that this satirical novel paradoxically wants to help us learn how to avoid.

Jarrell's only novel for adults (best known as a poet and critic, he also wrote children's books), “Pictures” found praise as well as controversy when it appeared in 1954; some people thought Benton was Sarah Lawrence, or Kenyon, and some (with more reason) thought Gertrude was Mary McCarthy. They're related, but not the same: the college and its faculty and visitors are not just an excuse for funny remarks (though they are, they are!), nor a you've-been-there sigh about academia (though they are that too) but an attempt to find, amid folly and pretense, a place for new experience, for innocence, for genuine art.

Stephen Burt is the author of two critical books on poetry as well as two poetry collections, including Parallel Play. His essays and reviews have appeared in the Believer, the Nation, and the New York Times Book Review. He is an Associate Professor of English at Harvard University. Visit his website at http://www.closecallswithnonsense.com.