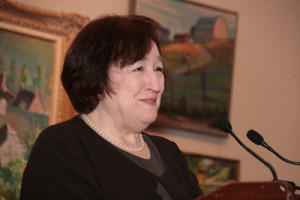 Although we all know the hazards of reading poetry in translation, translations are my only way to gain an acquaintance with poets writing in languages I do not know—Polish, German, Swedish, Russian, and so on. In spite of knowing all I’m missing, I’m still glad to have a new poet recommended to me. The summer has given me a chance to read The Forgotten Keys, an en face translation (by Mira Rosenthal) of selected poems by the young Polish poet Tomasz Różycki. Born of parents who were forced to immigrate from Lwów (in what is now Ukraine) to the western border of Poland, Różycki, now 41, writes with the divided sensibility bequeathed by that compelled family resettlement. Lyrics of both historical and personal pain, all of them short, occur in this selection (Różycki's epic narrative, Twelve Stations, is as yet untranslated). The poet’s characteristic terse conclusiveness appears as he narrates, in “And So the War,” the shock of irrevocable régime-change:

We must have overlooked something.  Clearly a lot was going on
while we slept.  Behind our backs they moved the furniture, changed
the official language and currency, and now we have woken up
in another country . . . .

We must have overlooked an important detail, a decisive moment,
since everything here is utterly unfamiliar, and in the suburbs
they're hurling unthinkable curses.  Only now in developed photos
can we see how someone was tormenting our childhood. [“And So the War,” 21]

Although the past is a constant theme in Różycki’s work, the present erupts with no less urgency as he writes (in “The Volcano”) of the universal media onslaught of this moment. As he surrealistically surfs the TV from one tragic aspect to another, he witnesses the ant-like unimportance of human beings viewed from a cosmic perspective:

Lying down and observing the flood

in forty live episodes, putting the world in order
with the remote control, browsing, trying to dodge
the murderer, the shark.  Hearing the results
of the audience questionnaire on the death penalty.  Sleeping

a little, taking in a little of the momentous broadcast
from the auctioning of god.  And seeing them all tiny,
cartoonish, how they keep falling down, how they try
to stand up and then fall down again.

But the cosmic perspective fails as soon as the poet identifies himself with those tiny cartoonish figures:

Being able to turn off

the sound and picture, turning off my breath, but not
being able to turn off my heart, I was falling, falling. [97]

An American poet watching CNN might have written these lines—but the incessant disasters of the Polish past lie behind the inescapable loop of universal catastrophe in Różycki's TV news.

Now to wait for the next book by a selfless translator attempting the impossible.

Helen Vendler received the NBCC Award in Criticism in 1980 for "Part of Nature, Part of Us: Modern American Poets." She was a finalist for the award again in 1997 for "The Art of Shakespeare's Sonnets." She is the author of many other books, most recently "Dickinson: Selected Poems and Commentaries," which was published last year. She is the A. Kingsley Porter University Professor at Harvard.