Critical Mass readers will know we are now in our fourth year of “NBCC Reads.” This survey allows us to draw on the bookish expertise of our membership, along with former NBCC winners and finalists. This spring's question: What's your favorite comic novel? was inspired by this past year's awards in fiction– NBCC fiction award winner Jennifer Egan's at-times hilarious A Visit from the Goon Squad (which also won this year's Pulitzer and the Los Angeles Times book award in fiction) and Irish writer Paul Murray's darkly comic Skippy Dies, an NBCC fiction finalist. We heard from more than 100 of you (thanks!). We do not tabulate votes or rank the titles under discussion. Instead, we simply give an idea of the authors or particular titles that seem to be tickling out collective fancy. Here's the first of the series, and the most noted comic novel of the lot, Joseph Heller's Catch-22, first published in 1961. (We're including worthy second choices, as well.) Other favorites so far:  Vladimir Nabokov and Evelyn Waugh. We'll be posting further responses and “Long Tail” entries in the weeks to come.

“I love novels about people who've come unglued and “Straight Man” is one of the funniest I've ever read. Anyone who seeks to resolve English department budget problems by threatening to kill campus ducks is someone I want to know. That Devereaux provides sage advice to his students such as 'always understate necrophilia' makes him all the more appealing.”

Maksik added a couple of others, including Pnin (putting him in the Nabokov group): “Early in the novel, Nabokov writes of Timofey Pnin, 'He had a deep admiration for the zipper.' I've never forgotten that line. It strikes me as an object lesson in how the smallest observation can so deeply and fully reveal a character. What a sad, funny and tender novel – the first of Nabokov's I ever read.”

His third option: “Too Loud a Solitude,” by Bohumil Hrabal. “In  Hrabal's novella the absurd and comic are so tightly pressed against the tragic and pathetic. One of the funniest and saddest scenes I've ever read begins with Manca skiing out of the trees – tan, beautiful, glorious and admired by all. It ends with her arrival at the bottom of the mountain having deposited a “turd the size of a paperweight” on the back of her ski. That about says it all, doesn't it?”

“Straight Man” by Richard Russo, about one weekend at a small rural college through the eyes of an aging interim English department Chair, wacky with absurd university politics.”

Her second choice: “Here' s another, more obscure: 'The Dance of Gengis Cohn,” by Romain Gary is a Holocaust satire (!) narrated by the ghost of a dead Jewish comedian who occupies the body of a former Nazi, riddling him with guilt in the mid-1960s, as Germany is coming to terms with the evils of its deeds in the war.'”

“Until I read Richard Russo’s Straight Man, I thought David Lodge’s  “Changing Places” was the ultimate comic take on academic life.  Russo is funnier (and sometimes sadder) – in my opinion “Straight Man” is a much more accomplished novel.” 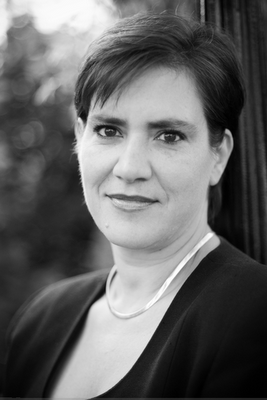 And finally, Jeanne M. Leiby, Editor and Director of The Southern Review, out of Louisiana State University in Baton Rouge, also tapped the Russo novel as her favorite, only days before being killed in an auto accident. She was revered for cherishing writers.  She will be missed. Her comment was succinct: “Without question—Straight Man by Richard Russo.”