Critical Mass readers will know we are now in our fourth year of “NBCC Reads.” This survey allows us to draw on the bookish expertise of our membership, along with former NBCC winners and finalists. This spring's question: What's your favorite comic novel? was inspired by this past year's awards in fiction– NBCC fiction award winner Jennifer Egan's at-times hilarious A Visit from the Goon Squad (which also won this year's Pulitzer and the Los Angeles Times book award in fiction) and Irish writer Paul Murray's darkly comic Skippy Dies, an NBCC fiction finalist. We heard from more than 100 of you (thanks!). We do not tabulate votes or rank the titles under discussion. Instead, we simply give an idea of the authors or particular titles that seem to be tickling out collective fancy. Here's the first of the series, and the most noted comic novel of the lot, Joseph Heller's Catch-22, first published in 1961. (We're including worthy second choices, as well.) Another favorite was Vladimir Nabokov–with three of his novels getting attention. Today's author of choice is Evelyn Waugh. We'll be posting further responses and “Long Tail” entries in the weeks to come.

“I have many favorite comic novels, from “Tristram Shandy” and “Tom Jones” to Dickens's “Great Expectations,” up through Nathanael West's “The Day of the Locust” and Heller's “Catch-22” and “Good as Gold.” But if I had to single out one 20th-century novel it would be Waugh's “A Handful of Dust.”

“The best comic novels, like the Dickens, are not simply comic but often morose, even depressed. They can be ambitiously exaggerated social novels dotted with somber scenes and dire implications. They revel in caricature. “A Handful of Dust” is a work of the most exquisite social cruelty. The people in it are grasping and hypocritical, yet so over-the-top that the result is funny, but sad-funny. They're lethally unconcerned about other people as they chew them up, including those closest to them. The book concludes, amazingly, with a chief character held prisoner in the tropics, forced endlessly to read Dickens to his captor–certainly a novel form of sadism, in every sense of the word.” 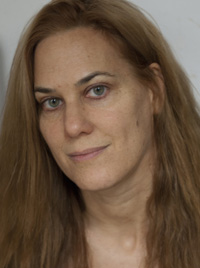 Kate Christensen also chose A Handful of Dust as her favorite:

“Evelyn Waugh's 'A Handful of Dust' is one of the funniest books I've ever read, if by 'funny' we mean brutally dark and scathing. If a novel can act as a hand ripping the Band-Aid off a reader's happy illusions about civilization, this is that novel. It's horribly comforting in an oblique sort of way.”

Beth Gutcheon's favorite, also by Waugh, is “Decline and Fall:“

“It’s his first novel and probably because based on the lowest,  most embarrassing period of his life, his funniest.  Sports Day at a  fifth rate- prep school in Wales, complete with Mrs. Beste-Chetwynde and her fancy man, a starter gun with live ammunition,  plus the Llannabba Silver Band, has to rank as one of the great comic scenes of  twentieth century literature.”