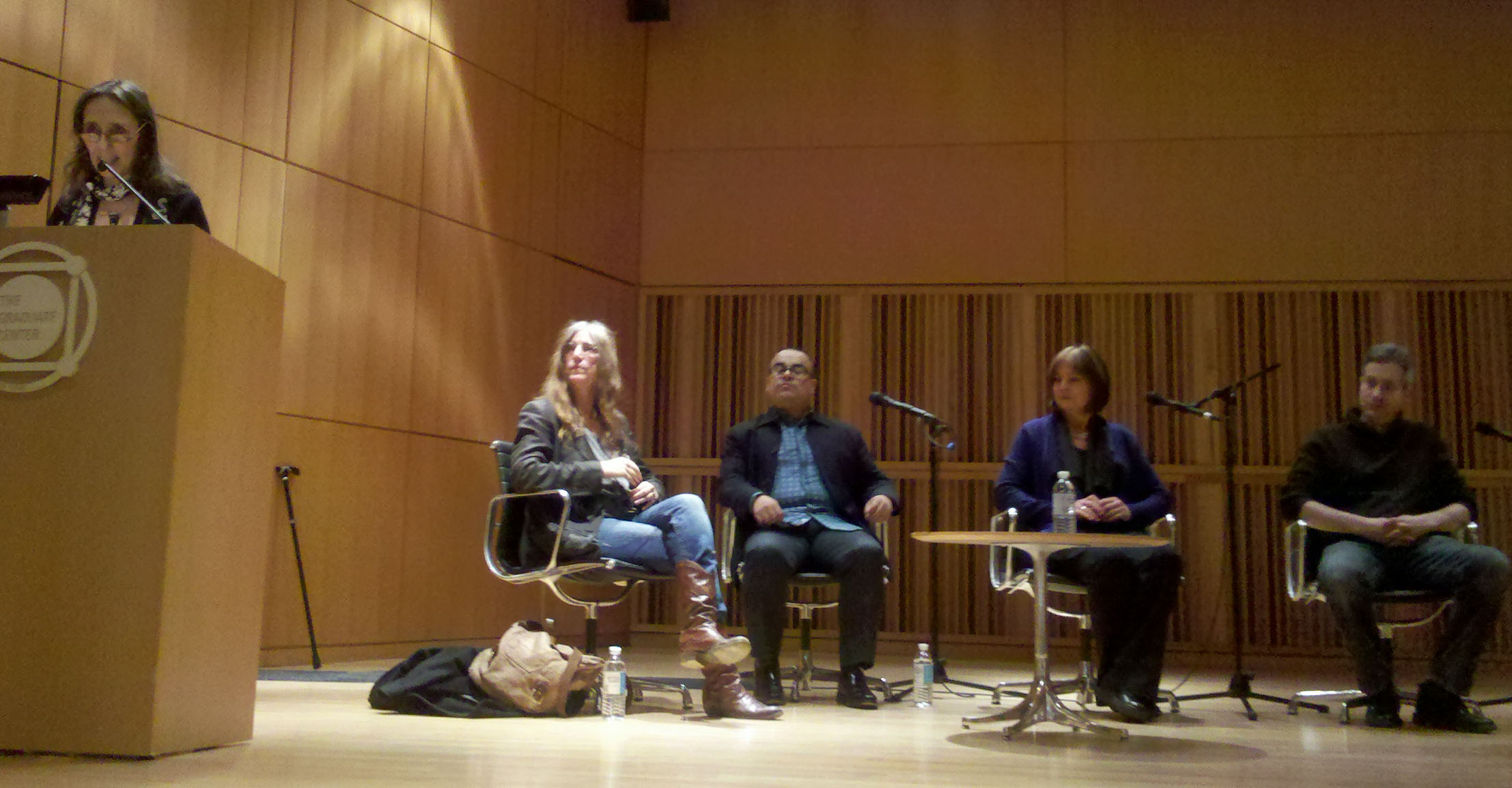 Emerging from clouds of subjectivity, the autobiographical work (and its deservedly maligned cousin, the contemporary memoir) often reveals itself to be just another fanciful fabrication, where soul-searching is ensnared by self-importance and its concomitant indulgences, where veracity often slips through history’s interstices toward some mysterious sea of “emotional truth,” where elusive, and often illusory, feelings about people and events are interpreted then constructed, artificially, to create a detailed story rising and falling toward a satisfying, but ultimately false, conclusion. Life is not a story, well, at least not the kind of story that follows conventional dramatic structure, where rising action leads toward a climax, the climax tapering away, only to end with an outstanding revelation, resolution, or catastrophe.

While I certainly recognize the historical value of first-hand accounts of family, society, etc., as well as the insights drawn from those reflections; and while there are innumerable examples of autobiographical works of tremendous literary value, it is the rare contemporary confessional writing that doesn’t strike me as an extension of a reality show’s slick solipsistic slop.

Because of its comparatively greater distance from its subject, the biography has the appearance of objectivity. Inevitably, however, a biographer’s blinkered views will, in varying degrees, distort whatever study of whatever figure. But to say this is to say that all constructions of history are always speculative, and where would that take us exactly?

Well, one place these thoughts and questions took me was to the National Book Critics Circle’s event on March 8, 2011 at the CUNY Graduate Center, hosted by Brenda Wineapple: Eric Banks and Rigoberto Gonzalez in conversation with biography finalists Sarah Bakewell, Yunte Huang, and Thomas Powers; and autobiography finalists Kai Bird, Reiko Rehna Rizzuto, Patti Smith, and Darin Strauss. It was, refreshingly, a vigorous dialogue that ended up probing and picking at some of my concerns about the value of the memory-narrative, of life writing in general.

Eric Banks, after reflecting on how many contemporary biographers were using the study of another “as a way of coming to know the self,” how autobiographers told their own stories in the course of writing about other people’s lives, asked the finalists: “What kind of relationship do you see between autobiography and biography in your books?” Thomas Powers (The Killing Of Crazy Horse) shared how a childhood interest in his book’s eponymic subject had gestated, and then, after the course of many years, blossomed into a book-length study. Reading Montaigne’s essays, before she had any plan to write a biography on his life, Sarah Bakewell (How to Live, or a Life of Montaigne) had felt almost as if she were “looking into a mirror.” After briefly addressing his experience, Yunte Huang (Charlie Chan: The Untold Story of The Honorable Detective and His Rendezvous with American History) revealed that his project was borne out a failed attempt at a memoir, serving up the first of the night’s many memorable lines, this a quote from Charles Bernstein: “The shortest distance between two points is a digression.”

Rahna Reiko Rizzuto (Hiroshima in the Morning) was the first to define some of the terms under discussion, calling autobiography a description of “what happened,” while memoir, or rather her memoir, was a “journey” toward asking why whatever happened happened.

Patti Smith (Just Kids) brought up concerns about responsibility, stating that her ethical task as an autobiographer was to adequately represent the minor characters, especially “the departed,” in her narrative, as well as where the book’s events were set, that is, New York City. Kai Bird (Crossing Mandelbaum Gate Coming of Age Between the Arabs and Israelis, 1956-1978), reflecting on the “contentiousness” of memory, said “Memory: it knocked me through the loop to have to realize it was so intangible.” And it was at this point, I think, where the discussion was blown open up to explore ideas about representation and authenticity, and how they are mitigated by the person perceiving it: how one’s relation to whatever is being observed or felt or experienced in whatever way inevitably alters one’s remembrance.

Darin Strauss (Half a Life) shared how, after being given the opportunity to revise a particular misremembered event, he chose to not revise that part of his narrative, explaining that, for him, “memoir, more than any other form, is about, sort of, sticking a pin in the time continuum and then saying how you feel about something at that moment,” distinguishing the genre from biography and journalism and their responsibility to remain attentive to facts. Bird queried: “If you have a choice between a memory and a fact, the memory is more important?” And Strauss answered that it depended on the medium. Smith offered further thoughts about the writer’s ethical responsibility, to not, as it were, write people “out of history.” She went on to criticize how memoir is often used as a “forum for vengeance.”

Various reflections on criticisms of life writing ensued, addressing the so-called “climax” in American and European consciousnesses of the genre. Banks asked the panelists whether there was any value to writing about a figure about whom much had already been written. Smith answered that “it’s worth it to keep knocking on the door of the subject till some real flesh and blood emerges from the page.” Further discussion revolved around what makes for a significant enough life to write about, Powers stating that sometimes it’s an event that gives a life its significance; Bakewell, echoing Montaigne, saying how any life, whether grand or small, may be the starting point for a study, “that life is rich and strange, that it’s something that’s tied up with the most ordinary of lives.”

Rigoberto Gonzalez shifted the focus of the discussion toward reader responses to all the writers’ books, with the result of many interesting anecdotes being shared, these stories seamlessly leading to questions from the audience.

Returning home after the event, I grabbed William Gass’s Finding a Form, and reread “Autobiography,” which is, arguably, the finest critique of autobiography, as well as all memory-narrative; and it provides numerous cautions to the budding biographer, autobiographer, and memoirist:

It is healthy, even desirable, to mix genres in order to escape the confinements of outworn conventions, or to break molds in order to create new shapes; but to introduce fiction on purpose (as opposed to being inadvertently mistaken) can only be to circumvent its aim, the truth, either because one wants to lie, or now thinks that lying doesn’t matter and carelessness is the new virtue, or because one scorns scrupulosity as a wasted effort, a futile concern, since everything is inherently corrupt, or because an enlivened life will sell better than a straightforward one, so let’s have a little decoration, or because “What is truth?” is only a sardonic rhetorical question which regularly precedes the ritual washing of hands.

I know of nothing more difficult than knowing who you are and then having the courage to share the reason for the catastrophe of your character with the world. Anyone honestly happy with himself is a fool. (It is not a good idea to be terminally miserable about yourself either.) But an autobiography does not become a fiction just because fabrications will inevitably creep in, or because motives are never pure, or because memory will genuinely fade. It does not become a fiction simply because events or attitudes are deliberately omitted, or maliciously slanted, or blatantly fabricated, because fiction is always honest and does not intend to deceive. It announces itself: I am a fiction; do not rely on my accuracy, not because I am untrustworthy, but because I am engaged not in replication but in construction. Their will be those who will try to glamorize their shoddy products by pretending they are true, and then, when they fail to pass even the briefest inspection, like the movies JFK and Malcolm X, dodge that responsibility by lamely speaking of “art.” Fiction and history are different disciplines, and neither grants licenses to incompetents, opportunists, and mountebanks.

I’m happy to report that the National Book Critics Circle’s conversation with the biography and autobiography finalists explored the ethics of the memory-narrative, which underscored the writer’s responsibility to overcome her or his blind spots in service of accuracy. Moreover, the panelists did not shy away from hewing away at the thornier issues of the genres.