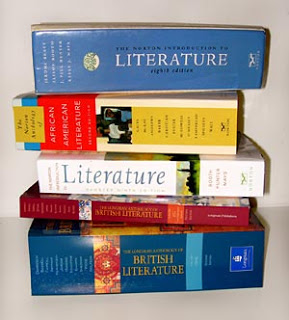 The anthology is one of those labors of love in the literary world, for the editor at least.

The editor is the collector, the organizer, community-builder and, usually, the one-person publicity machine who’s in charge of putting the word out there on behalf of a project that showcases other writers’ talents. The editor is also the communicator between each contributor and the press, the negotiator of copyright issues and reprint rights, the contract distributor and chaser, and the one who takes the heat for any criticism and dissatisfaction with the process or product. Since most anthologies are not expected to make much of a profit in sales, there is usually little to no financial gain for the editor. But much expense in terms of energy and time. Contributors, if they’re lucky, receive a small stipend or, more commonly, payment in one or two copies. So the biggest reward for the editor/s of an anthology is the reward of a vision come to fruition—a hefty book that began with an angle, premise or idea, realized—the fulfillment of a commitment born of the seemingly innocuous phrase, What if?

The following are three small-press anthologies that stood out among many for me this season:

Keller is also the translator of this 27-poet, 380-page tome that highlights writers familiar and unfamiliar to American readers. This commendable project casts a wide net, demonstrating the impressive range of urgencies and preoccupations in the contemporary literary landscape of Israel. Worthy of mention is Keller’s generosity toward emerging voices and writers on the cutting-edge of Hebrew poetry.

The first of its kind, this gathering of 49 poets born in the U.S., Greece and Cyprus, is a strong testament to a tradition that spans centuries. Though most of these poets don’t compose in Greek, the language and its history of Greek poets is readily engaged within these pages. Kostos works hard to achieve a varied representation of experiences and perspectives that debunk stereotypes and affirm the passions and pride of the Greek-American community.

The playful subtitle is in reference to the fact the most if not all of the contributors to this anthology were born, raised and/or educated outside of the U.S. Each poet becomes a representative of his/her nation’s Diaspora—from Russia to Poland to Spain to Argentina—the creative energy and wide-ranging bicultural sensibilities gathered here are unified by a single element: English as poetic expression.