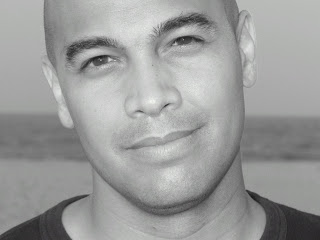 Jon Pineda’s first collection Birthmark was a selection of the 2003 Crab Orchard Award Poetry Series from Southern Illinois University Press. The recipient of a Virginia Commission for the Arts Individual Artist Fellowship, he teaches in the MFA program at Queens University of Charlotte. The Translator’s Diary was the winner of the 2007 Green Rose Prize.

On a number of occasions readers and critics have placed your work within the poetic tradition of James Wright. How do you see yourself influenced by Wright’s sensibilities and who else do you identify as your literary ancestors?

Wright is fearless. I’ve always admired the risks he takes in his work, especially the later work. There is an emotional intensity that I find seductive for the way it harnesses a smoldering tenderness, all while the momentum of the poem moves into openness, vaulting from the subjective into the universal. I’m equally drawn to the work of Larry Levis and the shifting balance of narrative and lyric. Kenyon, Roethke, and Stafford have also been great influences.

Bird imagery is prevalent in this second book of poems, sometimes as manifestations of grief, freedom, loss or desire; at others they’re simply the feathered creatures that inhabit the skies. But in both instances you navigate a complex tension between intimacy and distance in connection to the bird. Why has this symbol become so important to you in this project?

Birds carry the mystery, as well as our assignation, which in some ways is counter to mystery. It’s in their blood to traverse distance, as well as to gather what they can and weave it all into their environment. I envy these innate qualities, and yet, I also find them sobering. It’s through this perspective that the symbol becomes important for me.

The title poem is a 15-part sequence in the center of the book, which is long enough to take the reader on a difficult journey—the speaker’s contemplation of the beauty of the world and of those who are unable to decipher the life-affirming language of its imagery. It’s a loaded but transformative poem about depression, suicide and acceptance. How can a poet keep a poem from succumbing to the emotional weight of the subject matter? What were some of the decisions and strategies that informed the writing of the poem “The Translator’s Diary” in particular?

One of the guiding principles has been to embrace restraint, but not to do so at the onset of drafting. Much of the subject matter in my poems begins from something deeply personal, which fuels the generative process. In drafting this sequence poem, it was no different. At the same time, I was suspect of what I’d chosen to set down (or remember), what added to an emotional landscape, especially given how the perspective, at times, shifts in and out of clarity. Through numerous revisions, I found myself entering again these culled moments and tearing them apart, leaving only what was essential in allowing implication to do its work. I believe such implication aids in the reader’s internalization of a poem. The sequence’s ongoing tension, for me, depends upon two things: the inherent limitations of the subjective alongside the ultimate struggle to move beyond, into a more open space (as in Wright’s work). The final section, though, makes a gesture for it all to fold inward, attempting a communion between the reader and the poem, the intimacy within this “translation.”