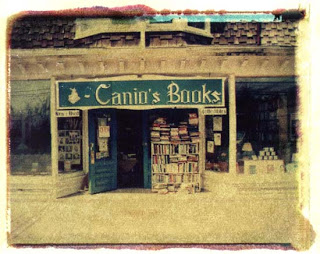 Canio’s Books in Sag Harbor, the former whaling village on the East End of Long Island, has a wall of poetry books,readings every week, and lots of “local authors” on the shelves, beginning with James Fenimore Cooper, Herman Melville, John Steinbeck, Kurt Vonnegut,Jean Stafford, and E.L. Doctorow. Canio’s was chockablock Saturday night for the NBCC Good Reads discussion. Canio’s co owners Maryann Calendrille and Kathryn Szoka were there to welcome the group, and off we went. Panelists were NBCC Sandrof Award winner Bill Henderson, founder/editor of the Pushcart Prize anthologies and author of four memoirs (with a fifth in the works), NBCC members Edward Butscher, poet and biographer of Sylvia Plath and Conrad Aiken; Grace Schulman, poet, professor, and former poetry editor of “The Nation” (1971-2006), and novelist Hilma Wolitzer (her latest novel, “Summer Reading,” is set in the Hamptons). They added their recommendations to the winter NBCC “Good Reads” with thoughtful remarks, making my job as moderator a snap.

Butscher recommended two of the seven memoirs he currently is reviewing for “The Georgia Review”—Wendy Lesser’s “Room for Doubt” and poet Lucia Perillo’s “I’ve Heard the Vultures Singing,” which deals with her struggle with multiple sclerosis since her thirties. “She is candid about herself—essential to memoir,” Butscher said.

Henderson, whose memoir in progress is about the building of a stone chapel in Maine, offered a group of spiritual books: Peter Gomes’s “The Good Book,” A.N. Wilson’s “Paul and “Jesus,” Doris Grumbach’s “The Presence of Absence,” Paul Johnson’s “A History of Christianity” and “A History of the Jews,” Jim Wallis’s “God’s Politics,” Reynolds Price’s “A Whole New Life,” James Carroll’s “Constantine’s Sword.” Plus Flannery O’Connor’s letters and stories, Tolstoy, Kathleen Norris, Thomas Merton, William James, and “anything by Wendell Berry.” The spiritual sense he gets from this reading list adds up, Henderson said, to “love and wonder.”

Schulman recommended Philip Schultz’s “Failure,” featured on an upcoming WPKN Connecticut public radio station in a program taped at a Canio’s reading (link here), Robert Pinsky’s “Gulf Music,” “The Bag of Broken Glass,” by Yerra Sugarman, a second book of poetry that “deals with grief and loss and looks at what is not said.” She also mentioned Lewis Hyde’s book “The Gift”(a twenty-fifth anniversary edition), which, she said, “deals with how creativity creates a bond between people that commodities cannot,” and Alicia Ostriker’s “For the Love of God: The Bible as an Open Book.” This book, Schulman noted, gave her fresh perspectives on Ecclesiastes. In conclusion, Schulman reminded the audience “the gift that reading is, that books are, that creativity is.”

Having spent 2007 chairing the NBCC fiction award committee, I shifted gears to recommend several books of poetry—I, too, admire Schulman’s new “The Broken String,” which draws its title from Itzhak Perlman’s playing a violin concerto despite a broken string, as well as the forthcoming “National Anthem” from fellow NBCC board member Kevin Prufer (I first read my favorite poem in the collection, “A History of the American West,” in the 2007 Pushcart anthology). Marvin Bell’s latest, “Mars Being Red,” and Benjamin Percy’s marvelous short story collection “Refresh Refresh,” both deal in part with the American homefront during this Iraqi war. And I had a few novels that had not yet been mentioned to recommend: Amy Bloom’s eloquent tale of an immigrant woman who makes her way from the Lower East Side to Seattle and Alaska in the 1920s, “Away,” Daniel Alarcon’s “Lost City Radio,” set in an unnamed Latin American city (think Lima), and Chris Abani’s surreal and poetic elegy for a boy soldier, “Song for Night.”

Audience members had suggestions, as well (out there were poets Fran Castan and Allen Plantz, memoirist Phyllis Raphael, founder Canio Pavone and his artist wife Nohra Barros, to name a few), and the group lingered, talking books, until it was time to head back into the wintry night.—Jane Ciabattari