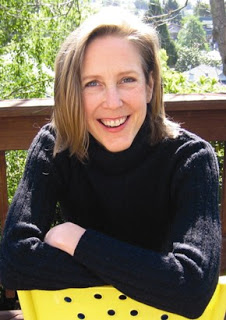 NBCC members and finalists and winners of our book award were eligible to vote in the winter edition of the NBCC’s Good Reads. Member critic Wilda Williams voted for books by Mary Roach (pictured left), Ursula LeGuin, and Toby Barlow (which landed on the poetry list). Here she explains why:

For fiction, I highly recommend Ursula LeGuin’s forthcoming novel, Lavinia (Harcourt April 2008), which reinterprets Virgil’s great epic poem The Aeneid, from the point of a view of a minor character. Beautifully written and moving. It even inspired me to try to remember my old high school Latin and re-read bits and pieces of The Aeneid.

Speaking of narrative poems, there is Toby Barlow’s Sharp Teeth (Harper, Feb. 2008), technically a literary sf novel about werewolves but written in free verse. Very original and ground-breaking. I think there will be a lot of buzz about this one.

In nonfiction, I like Mary Roach’s Bonk (she has the best titles), her forthcoming look (Norton, April) at sex research in the 20th century. If you want an older title, there ‘s Thrillcraft: The Environmental Consequences of Motorized Recreation (Foundation for Deep Ecology, 2007), a fascinating and appalling look at the the environmental damage caused by dirt bakes, jet skis, snowmobiles, and other forms of “wreckreation.”

Wilda Williams in an editor at Library Journal.