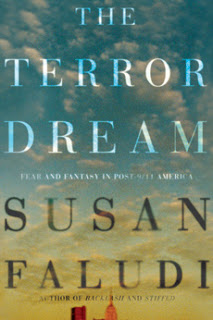 Recent NBCC finalist Susan Faludi is profiled at the Guardian, which also runs long excerpts from The Terror Dream, here and here.

The VQR symposium on Ryzsard Kapuscinski is worth checking out.

Former Balakian winner (and board member) Maureen McLane says Daniel Walker Howe’s “What Hath God Wrought,” a recent finalist for the NBCC award in nonfiction, is “a stunning synthesis of work in economic, political, demographic, social and cultural history, and he gives a fascinating, richly detailed portrait of the U.S. as its very boundaries so dramatically and often violently shifted.”

The NBCC’s other Balakian winning board member, David Orr, admires the technician in Matthea Harvey, and especially the two long poems at the heart of “Modern Life,” which was recently shortlisted for our poetry prize.

Soledad Santiago reviews “The Flowers,” a new novel by former NBCC finalist Dagoberto Gilb. “Not since James M. Cain’s “The Postman Always Rings Twice” has the unspoken so crackled with sexual tension,” she writes.