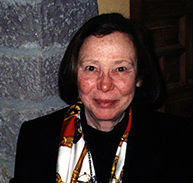 NBCC members and finalists and winners of our book award were eligible to vote in the winter edition of the NBCC’s Good Reads. Member poet and critic Grace Schulman—who you can see at Canio’s Bookstore tonight, in conversation about the NBCC’s Good Reads—voted for Bet Raliff’s book on Coltrane, Denis Johnson’s Tree of Smoke, and Philip Schutlz’s new volume, Failure. Here’s why:

Philip Schultz: Failure: Schultz writes of the heartbreak of simply being alive, and of the friction between raw grief and unexpected happiness. His music is entirely new, an odd combination of jazz, Bach, and hasidic melody.

Ben Ratliff: Coltrane, The Story of Sound: He joins Whitney Bailliet in achieving beautiful prose on jazz. A few analogies to the other arts, especially literature, are never false, always geniune. Most original and right is his “monotony of the sublime,” a phrase he borrows from Lowell, and applies to Coltrane.

Denis Johnston: Tree of Smoke. Well, I read it because of its acclaim, and found to my surprise that its 614 pages made me feel that I was reading a short poem, so fine is its prose.

—Grace Schulman’s newest poetry collection is The Broken String (Houghton Mifflin, 2007). Her latest books of poems are Days of Wonder: New and Collected Poems (2002) and The Paintings of Our Lives (2001). Honors for her poetry include a Guggenheim Fellowship, the Aiken Taylor Award, and the Delmore Schwartz Award. Editor of The Poems of Marianne Moore, she is Distinguished Professor of English, Baruch College, C.U.N.Y. She has served as director of the Poetry Center, 92nd Street Y (1974-84), and poetry editor of the Nation (1971-2006). She lives in New York City.