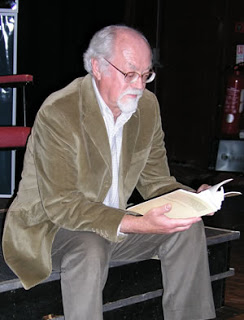 NBCC members and finalists and winners of our book award were eligible to vote in the winter edition of the NBCC’s Good Reads. Biographer and fiction writer Julia Blackburn, whose “Old Man Goya” was an NBCC finalist in 2003, voted for three UK imports and explains here why:

Crow Country, by Mark Cocker. An uncommon meditation on one of the world’s most common birds.

Two Caravans, by Marina Lewcyka: simply because it’s so odd and funny and well written.

The Face of It, by RF Langley (pictured above). In all of his poetry, RF Langley shows us the art of looking at small things.’ ‘God is in the detail’ but right now I cant for the life of me remember where that quote comes from.

Julia Blackburn is the author of several other works of nonfiction, including Charles Waterton and The Emperor’s Last Island, and of two novels, The Book of Color and The Leper’s Companions, both of which were short-listed for the Orange Prize. Old Man Goya was nominated for a National Book Critics Circle Award. Her most recent book is With Billie: A New Look at the Unforgettable Lady Day. Blackburn lives in England and Italy.